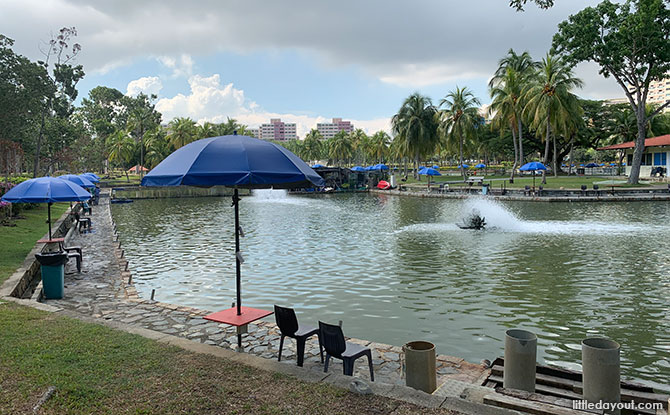 Pasir Ris Town Park draws avid anglers from all over Singapore with its well-known fishing pond. It is found at Pasir Ris Central, not far from Pasir Ris MRT. 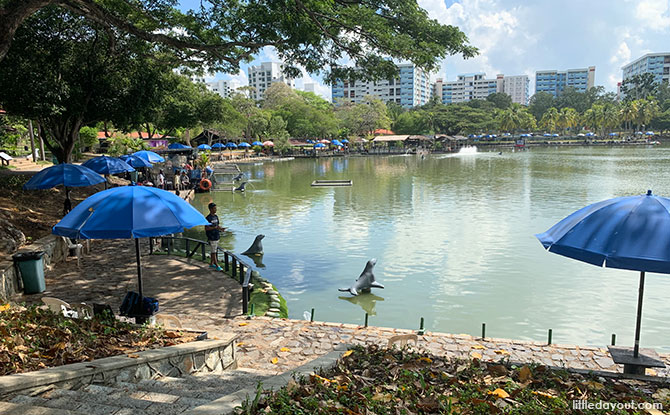 With the landmark fishing pond at its centre, Pasir Ris Town Park has establishments where you can rent fishing gear to spend several hours sitting by the water. The ponds are a reminder of Pasir Ris’ fishing heritage.

Pasir Ris Town Park was built partially on the site of the former Golden Palace Holiday Resort. The Resort existed from 1967 to 1971 and included chalets, a motel, a night club and fishing and boating facilities.

After the Resort closed, the area was used as an aquaculture station for the testing the commercial breeding of prawns and soon hock fish. 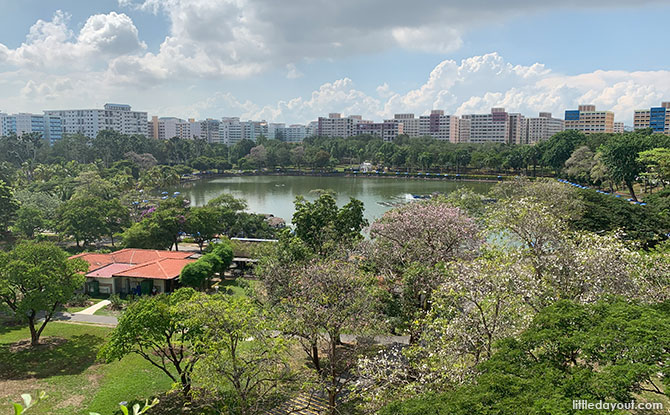 Eventually, the Housing & Development Board took over the site and developed the existing Pasir Ris Town Park in the late 1980s. 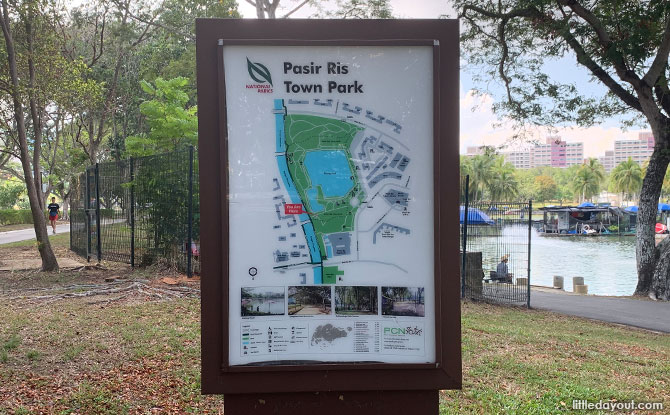 Away from the water, the park has green spaces which can be enjoyed. Paths around the park and pond welcome those who wish to exercise with a jog or a walk. 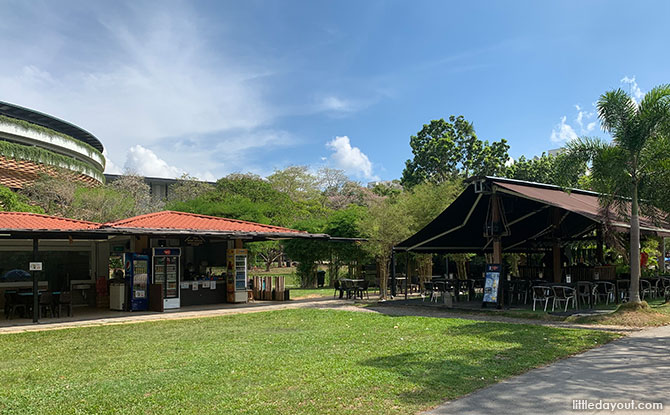 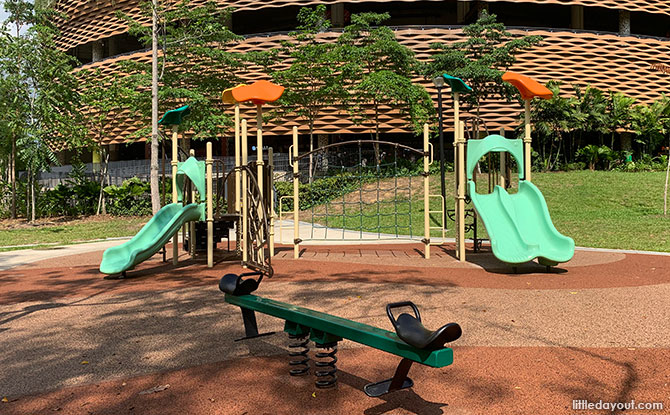 Next to the Pasir Ris Central Hawker Centre is a small children’s playground.