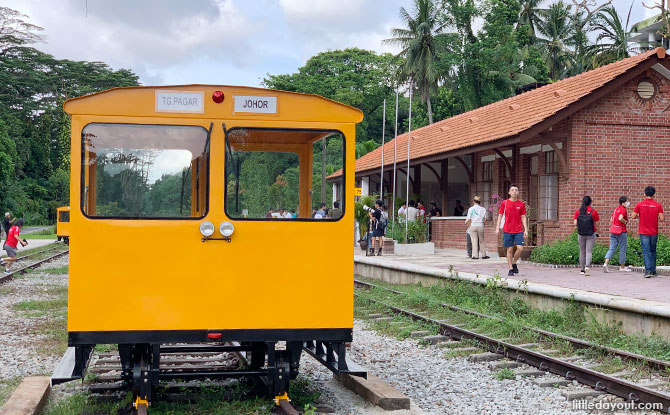 The Bukit Timah Railway Station at the Rail Corridor has been given a new lease of life and it is looking more stunning than ever. The old station building has been lovingly restored and transformed into a heritage gallery and the surrounding area is now a lush green community node.

The old Bukit Timah Railway Station was closed on 1 July 2011, along with the rest of the railway line. The brick structure is the only suburban station from the old line that remains.

Rather poetically, the Bukit Timah Railway Station community node at the Rail Corridor has officially reopened on 1 July 2022, 11 years to the day when it closed. The building retains elements which highlight its connection to the past and its railway heritage.

Visitors can climb up the platform and enter the conserved building to discover more about the former KTM railway line. The signal room, including six levers used by the Station Master to cal track switching and signalling, has been kept. 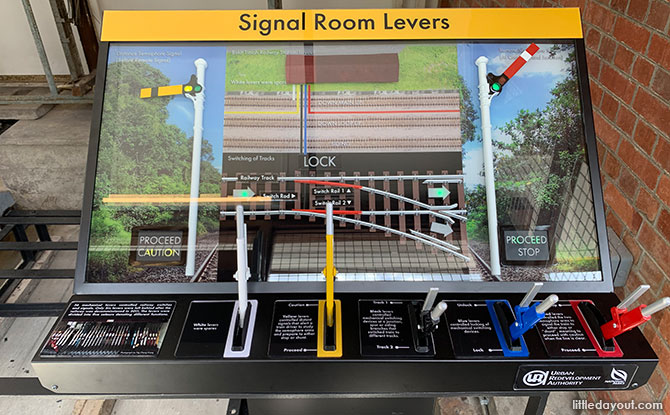 Rather helpfully, there is a modern panel explaining how it all works. The grills to the signalling room will normally be closed but those who are interested to learn more can look out for guided tours which will be organised by NParks in the future.

There are also original elements like the token poles. 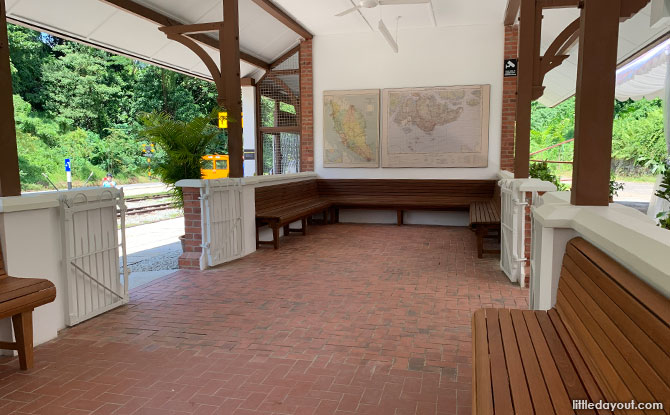 You can also step inside the waiting area and imagine what it must have been like to be at the platform waiting for the KTM train to arrive.

And, of course, there are the iconic railway signs too. 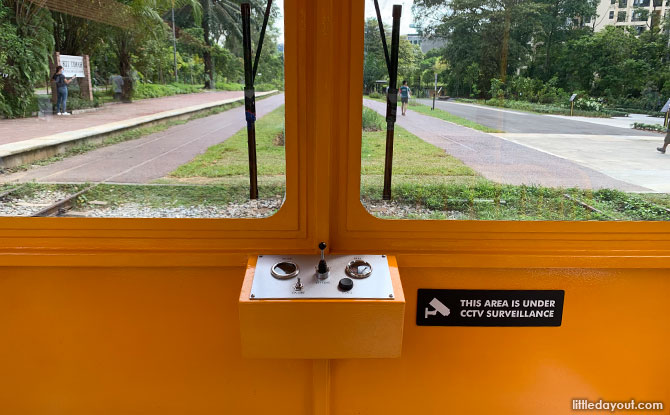 Along the 78-metre-long tracks are two replicas of railway station wagons. These have been made to look just like old railway maintenance vehicles. Visitors can climb onboard these wagons and pretend to operate the vehicle.

On the other side of the train tracks is the former Railway Staff Quarters. This has also been renovated and refurbished to house a café. The café is named 1932 Story, a reference to when the railway line opened. 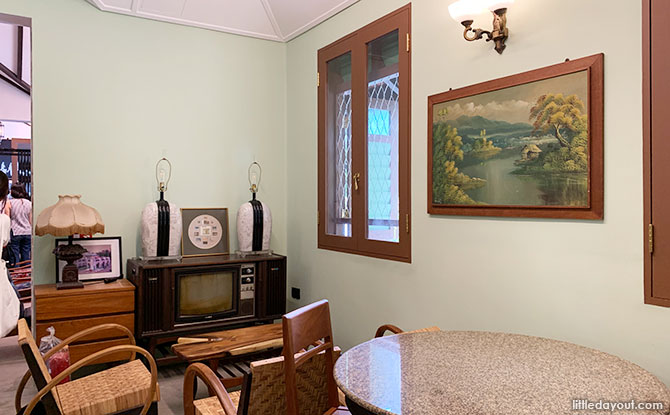 Inside, the décor of the café is a throwback to days of yore.

Both the Bukit Timah Railway Station and the former Railway Staff Quarters were constructed in the style of traditional small town railway stations in the United Kingdom. The strikingly-red brick building stand out handsomely amongst the greenery of the Rail Corridor.

The area surrounding the Bukit Timah Railway Station has also been landscaped and beautified with flowers and plants.

There is also two new gardens at the Bukit Timah Railway Station community node. They can be found on either side of the former Railway Staff Quarters.

The Herb and Spice Garden beside the former Railway Staff Quarters showcases plants that used to be grown by the railway staff living there and are commonly used for home-cooking. 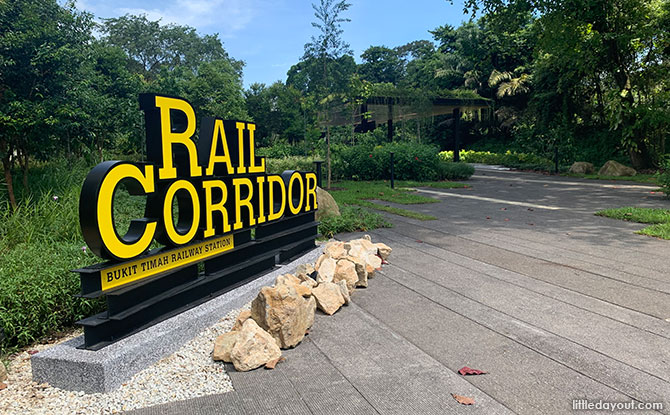 A sheltered amenity centre with restrooms, known as The Yard, has also been added for visitors.

Take note that there is no parking at the Bukit Timah Railway Station. However, it is just a short distance away from the King Albert Park MRT Station and the next closest parking is at KAP.

What to Read Next: Rail Corridor Central – Sights Along the Former Railway Line