Home Learn Exhibitions Reflections At Bukit Chandu: Remembering The Bravery Of A Few 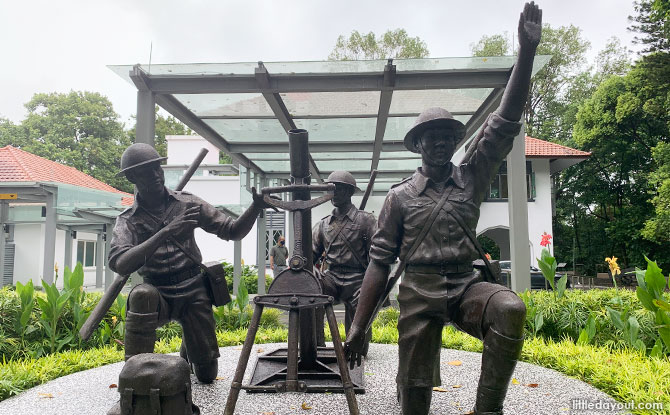 Sitting along the top of Pepys Road, Reflections at Bukit Chandu is an interpretative centre that recounts the events that took place during the World War II Battle of Pasir Panjang and the deeds of the brave men who fought there.

Reopening to the public on 9 September 2021, the exhibits at the centre have been given a refresh and exhibits providing the wider history of the bungalow have also been included.

To gain the most out of a visit to Reflections at Bukit Chandu, it is helpful to have a background to the events that took place in the vicinity during World War II. 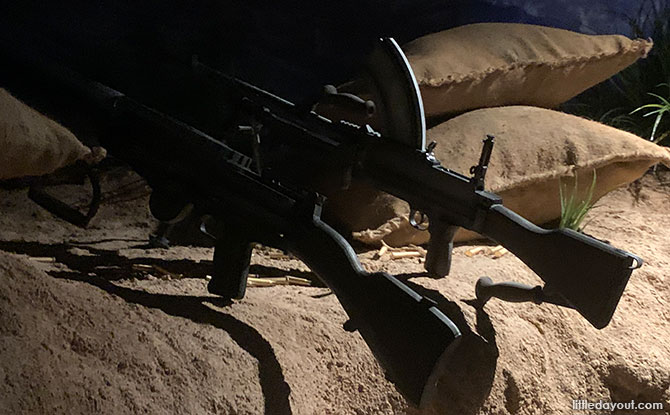 In February 1942, the Malay Regiment was tasked to defend the Western sector of Singapore. As invading forces pushed towards the centre of the island, the regiment was forced back on to Pasir Panjang Ridge (now Kent Ridge Park). They were forced back from position to position, eventually taking up defences at Hill 225, where Reflections at Bukit Chandu is located.

At that time, the defence of the ridge was critical as beyond lay the army’s ammunition and supply depots. It was imperative to stop these resources from falling into enemy hands. 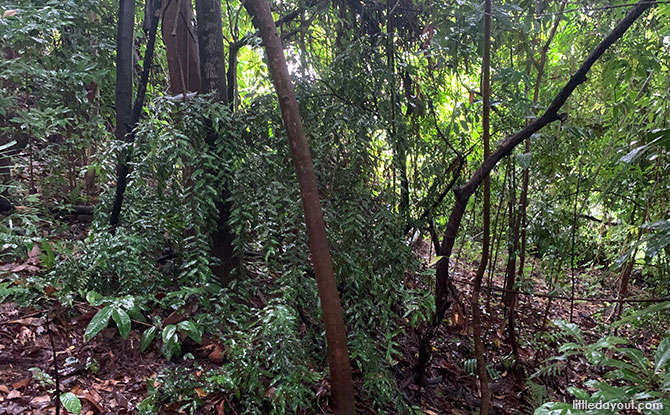 It was on the slopes of the hill, also known as Opium Hill, where the Malay Regiment made their last stand. The stubbornness of the soldiers defending the hill led to some of the fiercest fighting ever seen on Singapore soil.

Out of the 1,400 officers and men of the Malay Regiment, only 600 managed to escape.

The Story of the Malay Regiment

The ground floor of Reflections at Bukit Chandu is dedicated to telling the story of the Malay Regiment. This is presented across three galleries and a multimedia presentation. 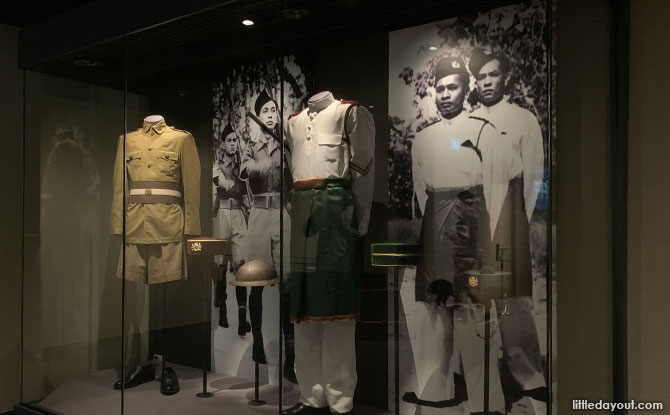 The story starts off with an introduction to the Malay Regiment. Formed in Port Dickson in 1933, it was initially intended to an experimental regiment, organised under the command of British officers. The regiment’s motto was Ta’at Setia – Faithful and True. 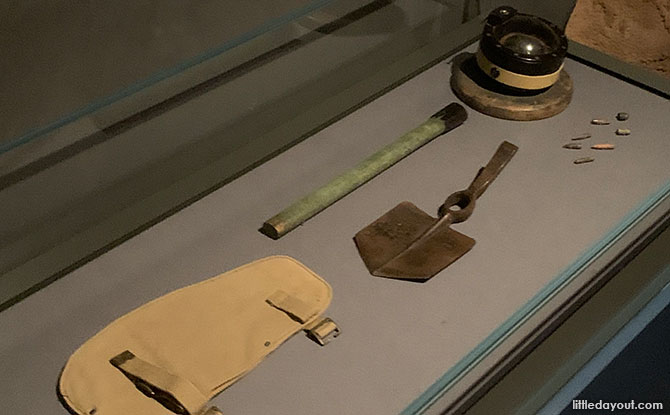 Here, you can view their field and ceremonial dress, as well as learn about the equipment they were given. 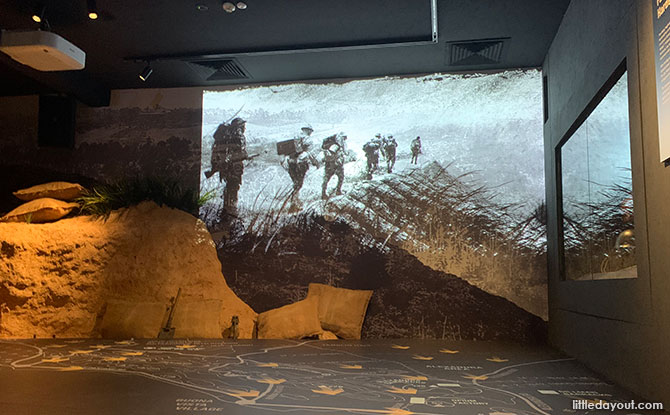 The next gallery is the main one which tells of the events in the Battle of Pasir Panjang. Through a series of multimedia projections, you will be taken on a journey through the events that unfolded on 13 and 14 February 1942.

The final gallery is dedicated to the remembrance of those who gave their lives in the defence of Singapore. 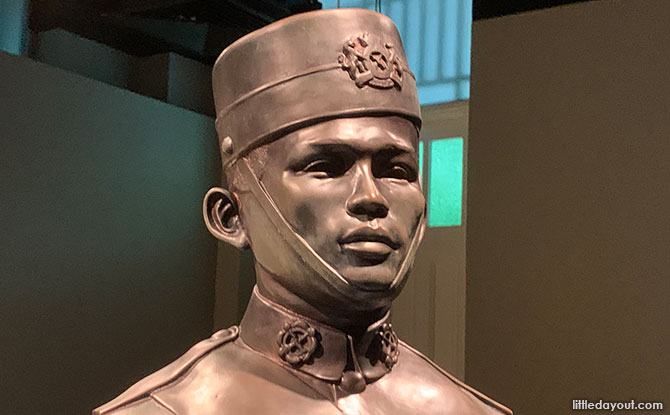 Of significance is the story of Lieutenant Adnan bin Saidi.

Born in Selangor in 1915, he joined the Malay Regiment when he was 18. As a career soldier, he rose through the ranks and became a commissioned officer. He was the leader of 7th Platoon “C” Company of the Malay Regiment that was defending the Pasir Panjang area.

Even though heavily outnumbered, he valiantly led the defence of Pasir Panjang Ridge. The fierce resistance included hand-to-hand fighting but eventually, the regiment was overrun.

For his role in the battle, according to some accounts, Lieutenant Adnan was mercilessly executed. He was only 27. 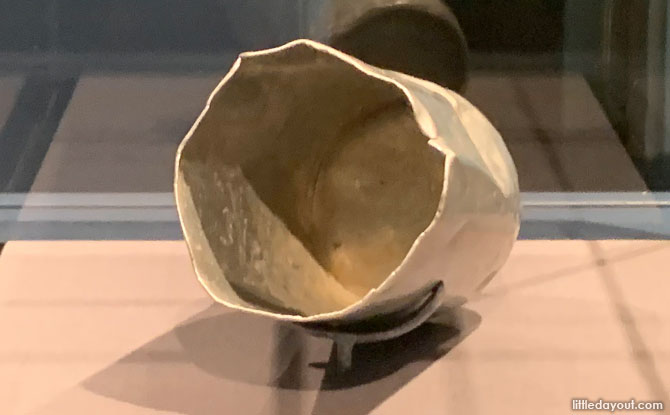 Another artefact on display at the final gallery is the army-issued mug that belonged to Lt. Ibrahim Sidek.

He had escaped from the battle but was later captured by the Japanese. He refused to remove his Malay Regiment uniform by his captors and when he refused, they executed him. The mug is his widow’s only keepsake of him as his body was never found.

The name Bukit Chandu means Opium Hill in Malay. It is a reference to a British opium processing plant that stood at the base of the hill from 1930 to 1945. During the war years, it was run by the Japanese. 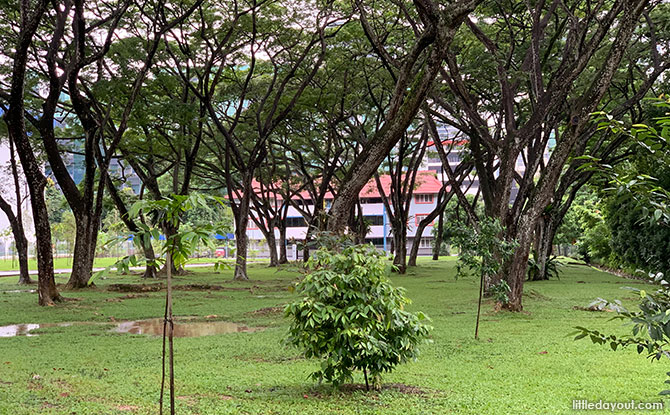 The site the opium processing plant is now an open space. 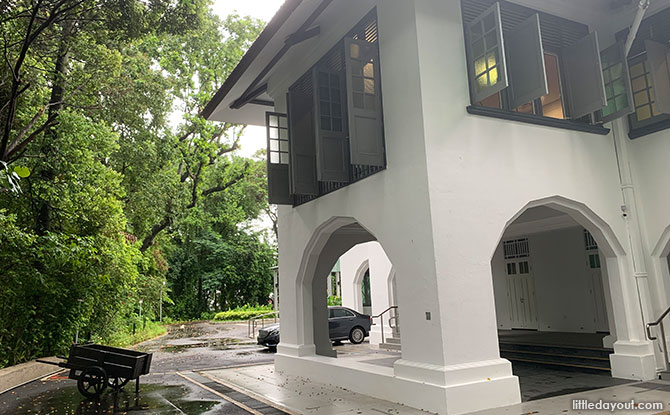 The building where Reflections at Bukit Chandu is housed was originally the residence of the senior British officers in charge of opium plant. It was used to store supplies during the Battle of Singapore but was not part of the Battle of Pasir Panjang itself. 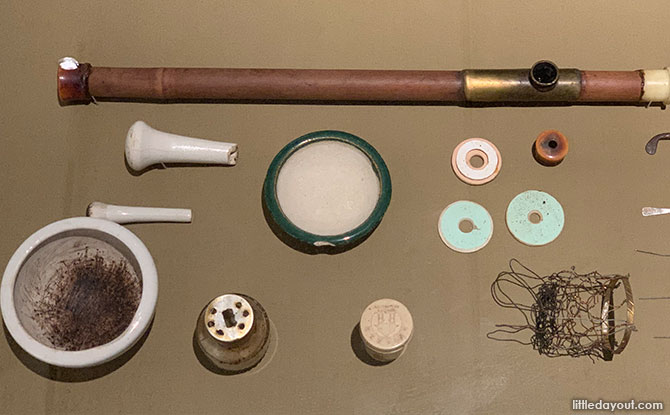 The second floor gallery at Reflections at Bukit Chandu sheds more light on the practice of opium smoking in Singapore. 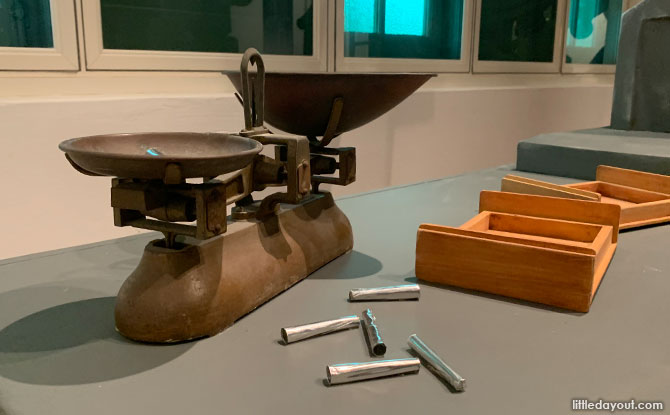 A mock-up of the opium plant also provides a look back into the past at how the drug was processed.

There is also an events space on the second floor.

Reflections at Bukit Chandu can be reached via Pepys Road, off West Coast Highway, or on foot from Kent Ridge Park or HortPark.

Here are some images of Reflections at Bukit Chandu before the 2021 renovations. 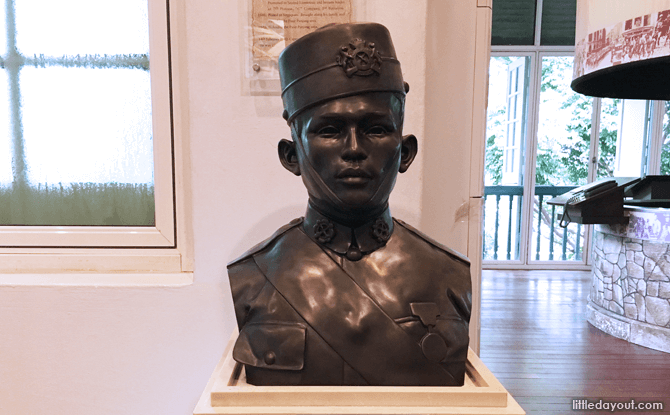 NEARBY: Kent Ridge Park – Tranquility in the Woods

Batik Kita: Exhibition On The Making, Wearing & Trading Of Batik