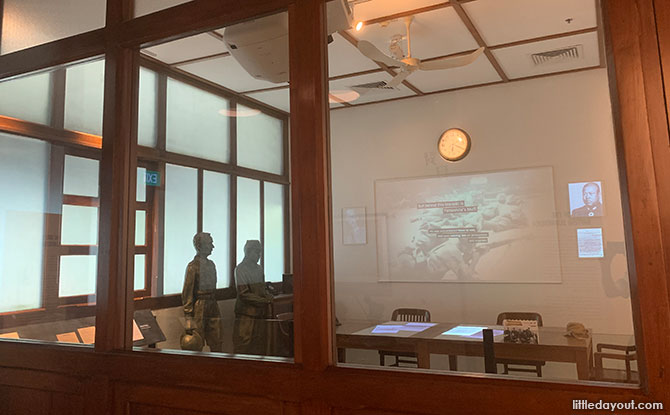 It seems almost surreal that such a historic site as The Former Ford Factory along Upper Bukit Timah Road is surrounded by blocks of condominiums. However, thankfully, it has been preserved as a way to remember the past, specifically, the dark days of Singapore during World War II.

The Former Ford Factory was the site of the British surrender to the Japanese on 15 February 1942. The weight of history hangs heavy at this rather unassuming site for it was within its walls that Singapore fell to the Japanese in what has been described by Winston Churchill as “the worst disaster and largest capitulation in British history.”

From Cars to War Planes 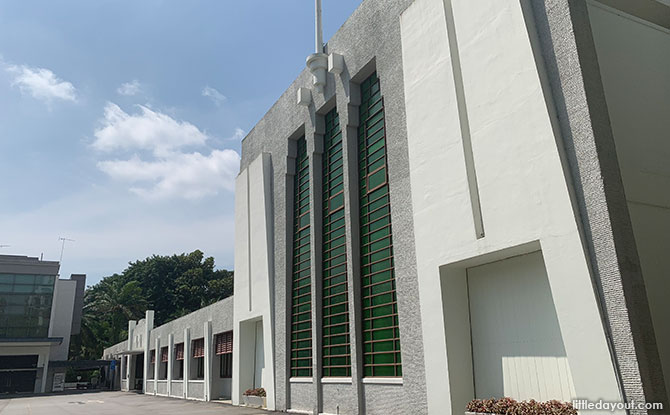 The factory opened in October 1941, just before the chaos of war arrived in Singapore. It was the Ford Motor Company’s first car assembly plant in Southeast Asia. However, less than three months after its opening, it went from making cars to making planes and equipment for the war.

During the Battle of Singapore, it was overrun by the Imperial Japanese Army used as its headquarters. On 15 February 1942, when General Arthur Percival signaled that he wished to surrender, Yomoyuki Yamashita, his opposing general, summoned the British surrender party to the Ford Factory. 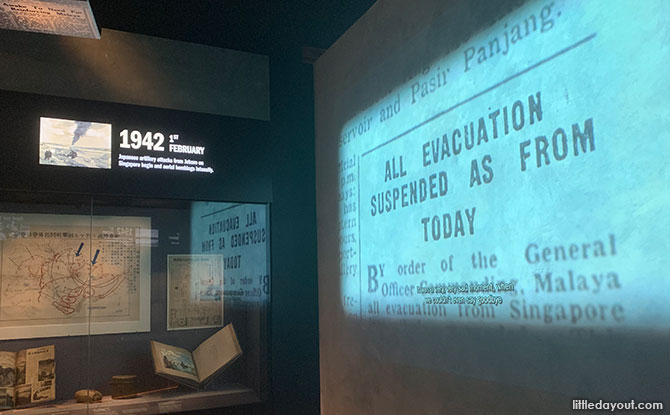 Nowadays, the Former Ford Factory holds an exhibition which traces the events that led up to that fateful February day and also provides an account of life in Singapore during the Japanese occupation. 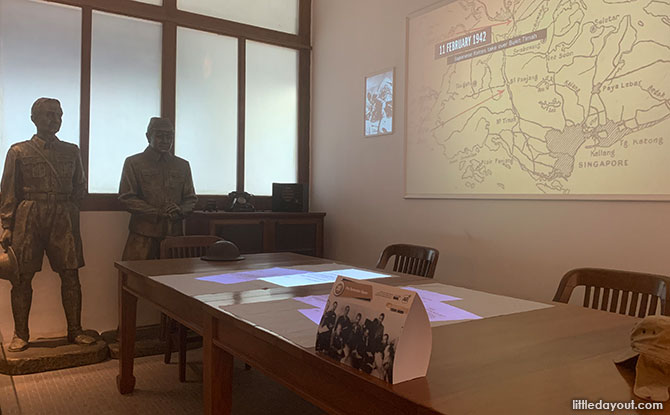 One of the highlights of any visit is the chance to step into the factory’s boardroom where the infamous surrender took place. Inside, a multimedia show recounts the path of events that led to the face-off between Percival and Yamashita. 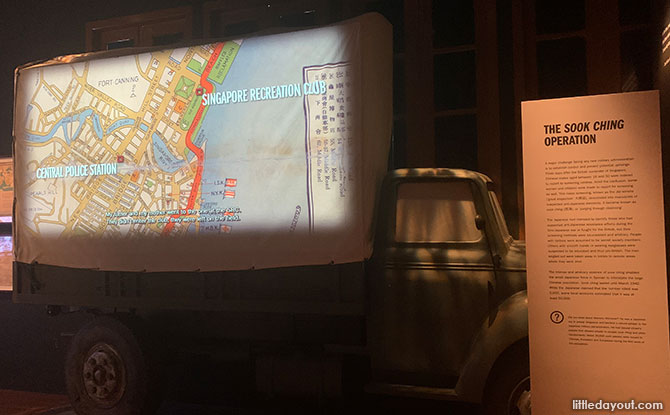 The Former Ford Factory exhibition goes on to provide a glimpse into events which are forever scarred into our collective memory: the Sook Ching and life in the prisoner-of-war camps.

One particularly exhibit, that of the correspondences between Edward Ivor Parrish, who was being held at Changi Camp, and his family, provides a very “human face” to what it must have been like to be a prisoner of war.

What’s more, you can also listen to an oral interview with Mr. Parrish which is available here, thanks to the National Archives of Singapore. 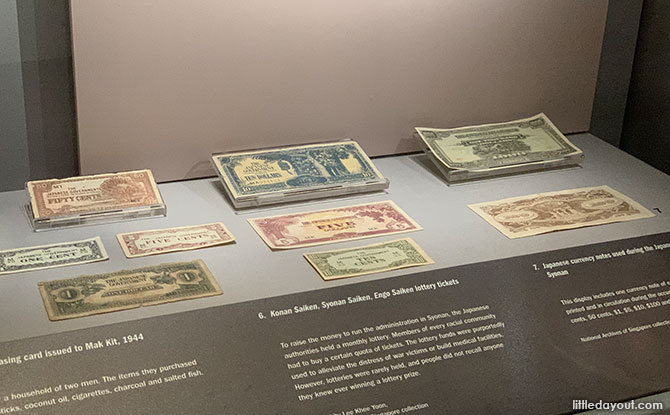 It also shares about what life was like under Japanese occupation for the person on the street; what it was like to go to school, use “banana money” and to have to buy provisions to survive. 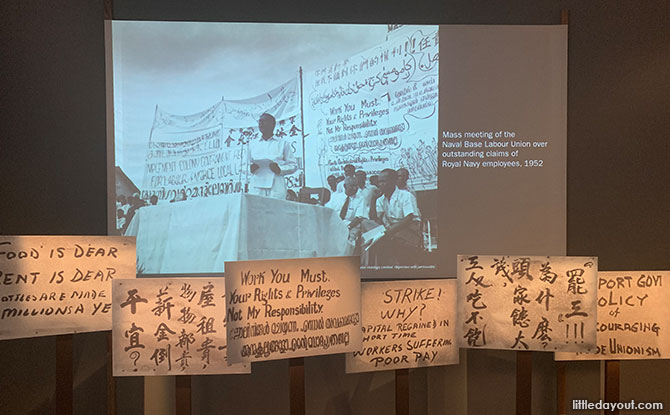 The aftermath of World War II is also captured in another gallery across the lobby at the Former Ford Factory. This section deals with post-war sentiments and the rise of nationalistic sentiments. 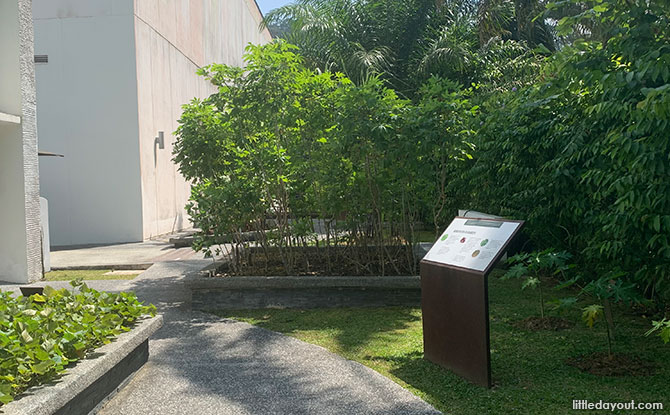 Another spot that may get overlooked on a visit to the Former Ford Factory is an outdoor garden to the side of the building. Here, you can view plants such as sweet potatoes and papayas which were many people turned to for sustenance during the occupation.

There is also a water pump which also provides a glimpse at what it must have been like during those years and a railway crossing light which memorialises the factory’s link to the nearby Bukit Timah railway line and those who died constructing the Thailand-Burma Death Railway. 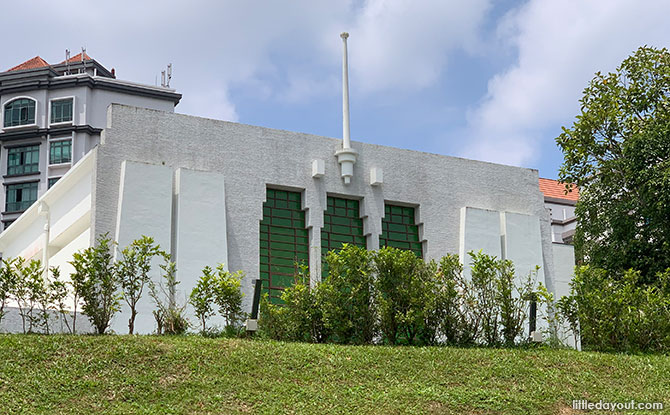 A visit to the Former Ford Factory is a chance to both learn and reflect.

Or as George Yeo, then-Second Minister for Foreign Affairs, said on 8 December 1991 at a commemoration of the 50th anniversary of the Fall of Singapore, “We must never forget, not because we are unable to forgive fully, not because we still harbour bitterness in our hearts, but because those who ignore the lessons of history are condemned to become victims a second time. We remember in order that we do not have to forgive again.”