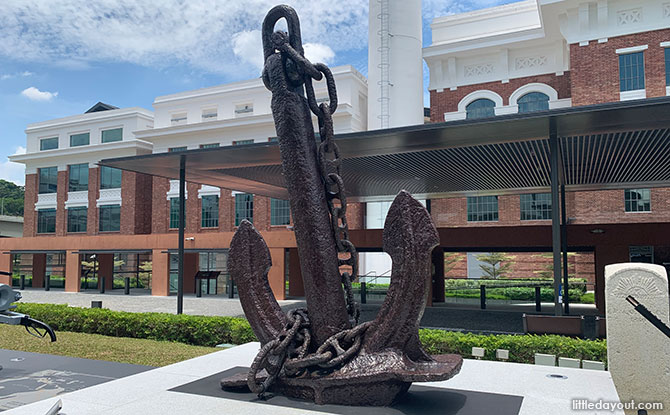 St James Power Station was Singapore’s large-scale, steam-powered plant and built in 1927. Located opposite from VivoCity, the brick-red building has been many things including a club and most recently, the Dyson headquarters.

To get an appreciation of the building’s history, take a walk along the St James Power Station Heritage Trail and stop by its cosy gallery. It is a short and easy walk that can be reached from VivoCity. 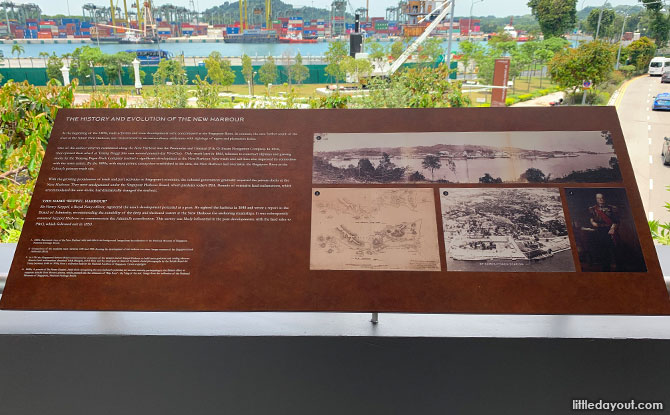 The start of the St James Power Station Heritage Trail is at the covered pedestrian link bridge from VivoCity. Signboards along the walkway provide the background to the Keppel Harbour, originally called the New Harbour.

Just off the coast was Cape St James. A little hill that was named after James Guthrie of Guthrie and Co. (We aren’t quite sure why he was a “saint” though.)

The site was chosen as a power station because of its proximity to the water, allowing the coal which was used to heat up the boilers to be easily unloaded. 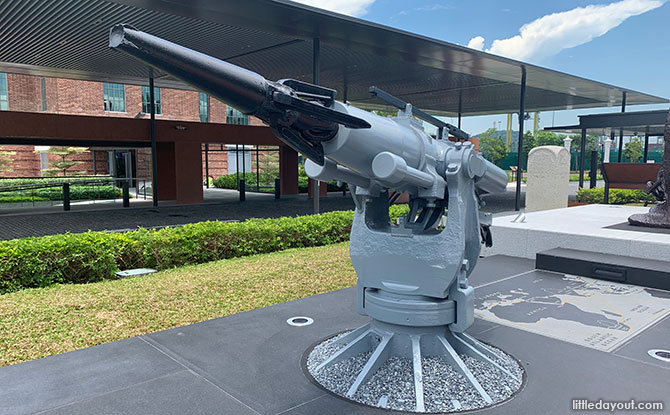 There is a harpoon gun that was used for whaling. After whaling declined, it found its way to the Maritime Museum on Sentosa (anyone else remember that?) and is now on display on the lawn in front of St James Power Station.

Another maritime artefact on display is an almost-two-metre-high Hall’s Stockless Anchor. This design doesn’t have any horizontal bars and hence the “stockless” moniker. 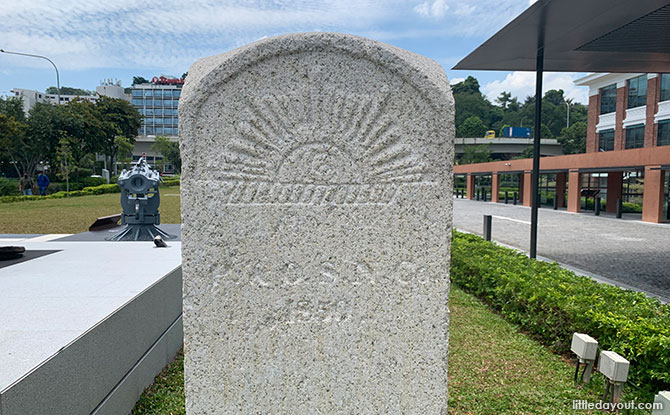 There is also a pair of stone posts. Dating back to the 1850s, these used to mark out the boundaries of the P&O (Pacific & Orient) wharf. 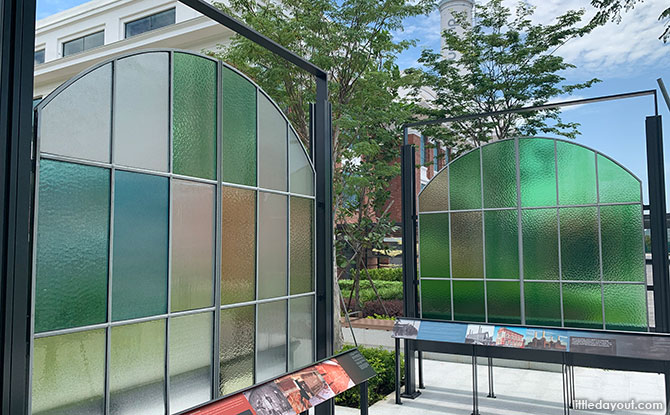 A short walk away is a collection of steel framed windows. This outdoor exhibit recounts the construction of the St James Power Station. 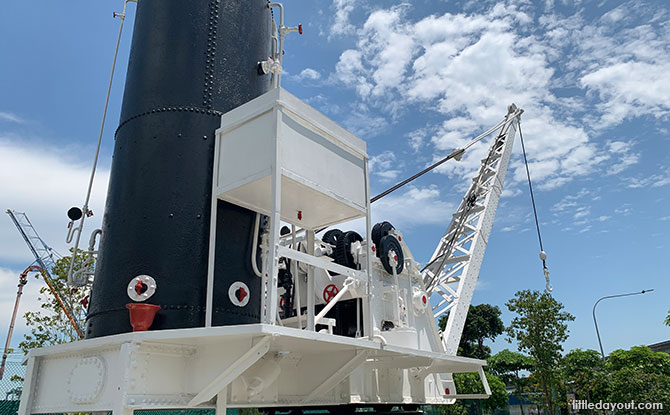 The last exhibit on the trail is a steam-powered crane. Standing by the vehicular entrance to St James Power Station, it provides a glimpse at how industry must have been carried around the port in the old days. 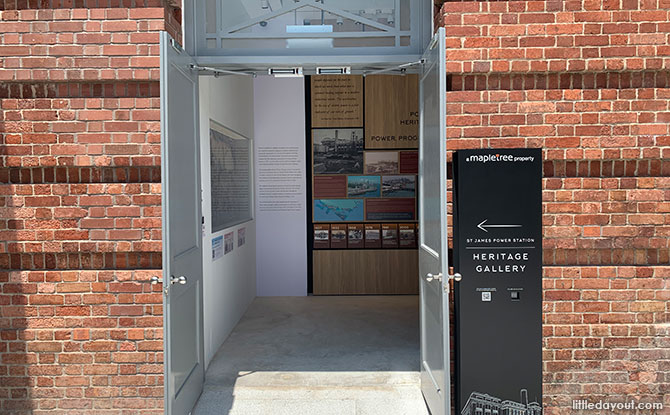 You will need to make a booking to enter the small, two-room gallery. Scan the QR code which you get with your booking and the doors will open automatically.

The first room of the St James Power Station heritage gallery has a panel which outlines the history of the building, from 1927 to present day. 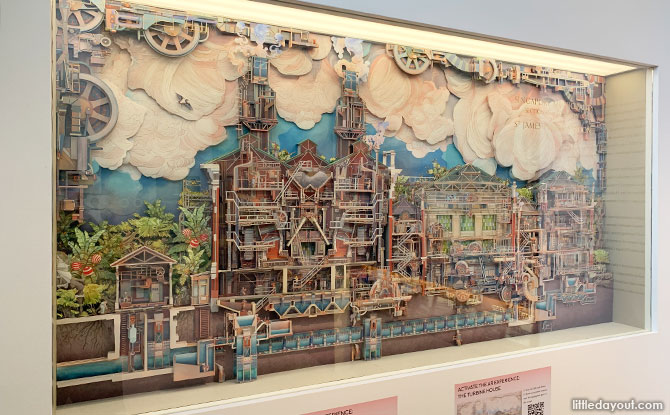 However, the highlight here is an interactive artwork by Jerome Ng. Scan one of the QR codes below the artwork and hold your phone over the artwork to see it come to life through animation on your phone. 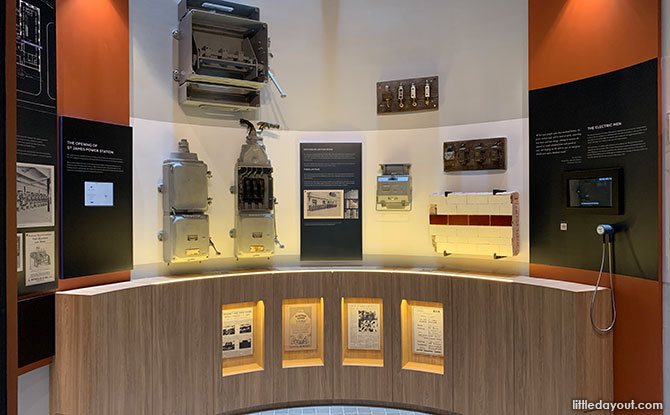 Once you’re ready to dive in a bit more, enter the next room which is the chimney of the building. Set around the circular room are more details about how the building worked as a system.

There are also artefacts from the time when it was a power plant, and a series of panels dedicated to those who worked in the plant. 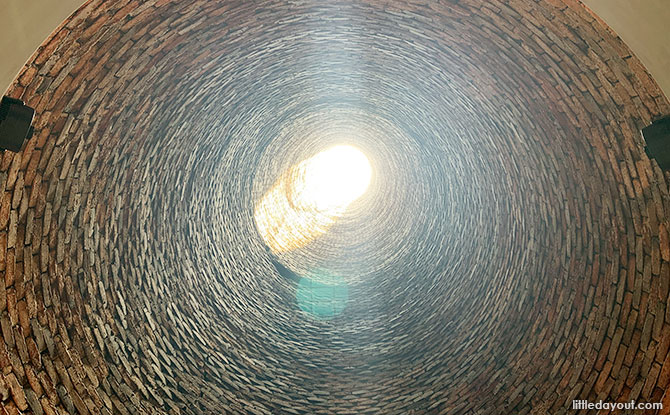 Be sure to look up and out of the chimney into the sky above. 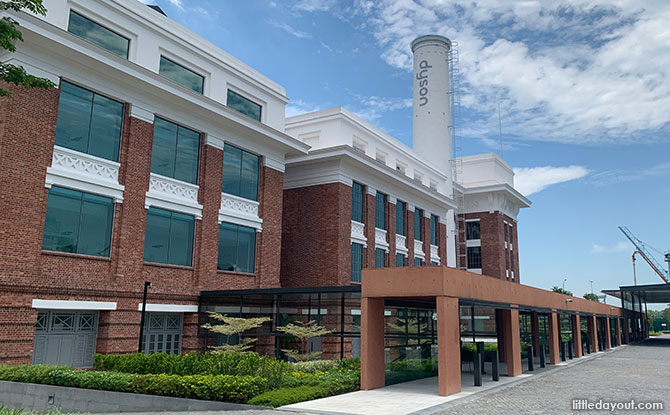 The St James Power Station heritage trail and gallery help to keep the memories of the building alive even as it finds new life for the future. Pay it a visit for a simple day out.

Making your booking to the heritage gallery here. Admission to the gallery is free.