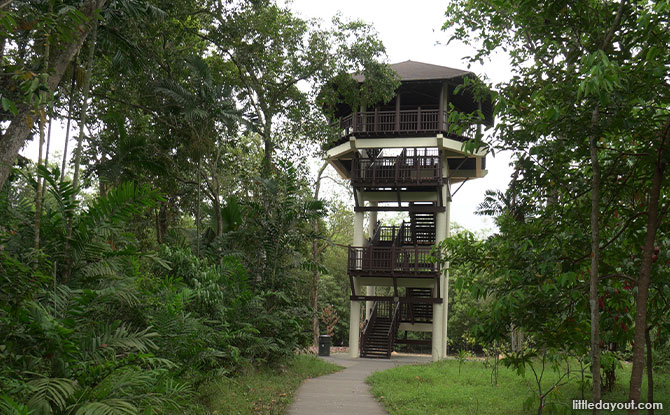 Pasir Ris Park is a great spot in the east to visit. With a mangrove located within the park, it means that there is a large diversity of wildlife in the area to see and appreciate. One activity that is great to do at Pasir Ris is bird watching at the Pasir Ris Bird Watching Tower. 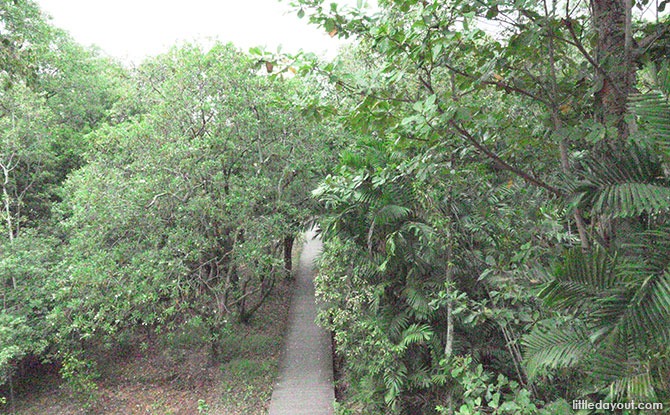 The bird-watching tower and look-out deck over Sungei Tampines also give birdwatchers a splendid view of a variety of birds. Standing three stories high, this allows all to get a good view of the surrounding area as well as closer to tree branches where the birds reside. 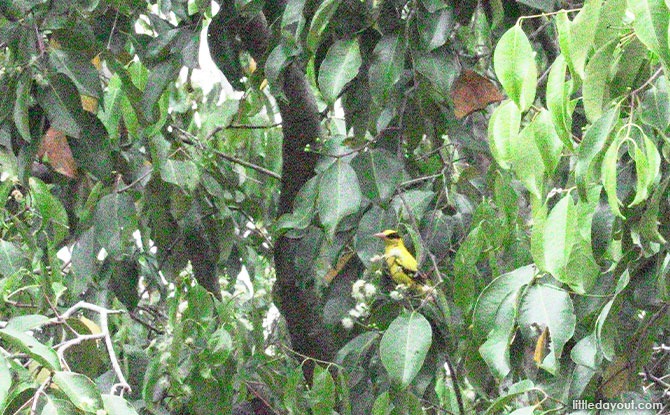 The Pasir Ris Bird Watching Tower is probably a favourite place for bird enthusiasts to observe birds in their natural surroundings. When we were there, we managed to spot a Black-naped Oriole. Perhaps one of the most common parkland birds, the Black-naped Oriole is the only oriole species in Singapore. It is an omnivore that eats mostly fruits.

Another common bird to find is the Blue-throated Bee-eater (Merops Viridis), which is usually sighted from April to September. It feeds on bees and usually squeezes out the bee sting using a branch before swallowing the insect. The bird has a prominent brown head and blue throat. 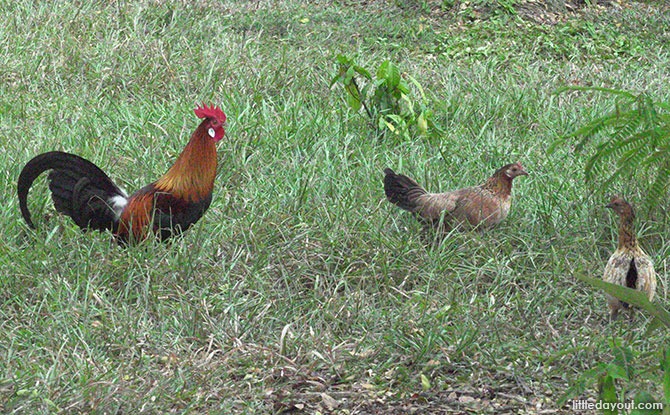 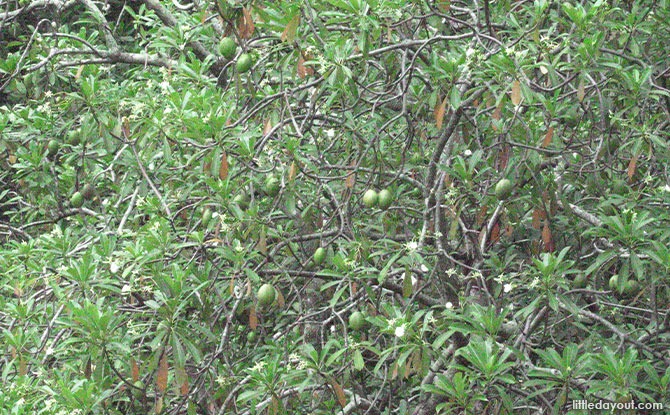 As one climbs up the stairs, you will also be able to see the different fruit trees that have been planted in the area. We saw some fruits on the Pong Pong tree (Cerbera Odollam). The fruit is large, round and covered with a fibrous shell that facilitates the dispersal of the seed by seawater.

Read more about the Pasir Ris Mangrove here and get ideas on what do to at Pasir Ris Park here.