Home Nature 9 Gardens At Fort Canning Park: Take A Walk Through The Hill’s... 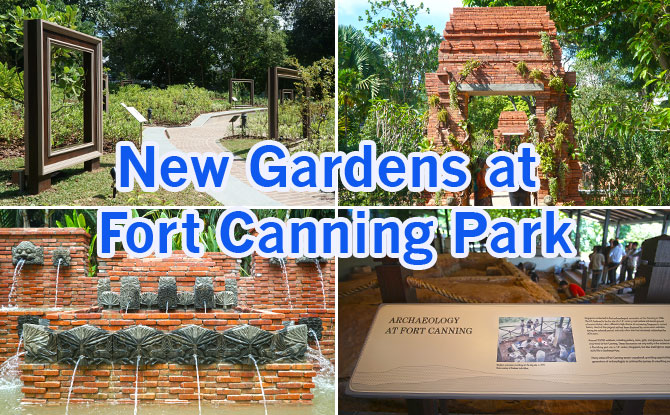 Nine new gardens have opened at historic Fort Canning Park, reflecting the hill’s rich heritage which stretches back as far as the 14th century. The gardens have been developed based on historic records and provide a way to re-experience the storied narratives tied to the once-forbidden hill.

Annals of The Forbidden Hill

In the 14th century, the hill was the seat of Singapura’s ancient kings. Fast forward to the 19th century and the hill’s natural vantage over the newly established trading port of Singapore made it an obvious site the build Government House. It was also used for early experimentation with cash crops, became a military base and was turned into a recreational space in the 20th century.

Snapshots of the hill’s roles and identities from the past are reflect in the new Fort Canning gardens. 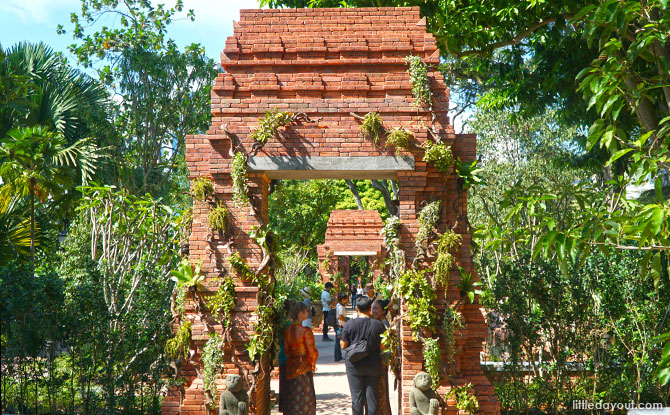 Named after the first king of Singapura, this tranquil spot reimagines the gardens that would have been found in the 14th century palace located on Fort Canning Hill. The garden has Javanese features such as split gates and a symmetrical layout. A reflective pool provides a meditative location and the garden features plants such as magnolias, gardenias and fruit trees. 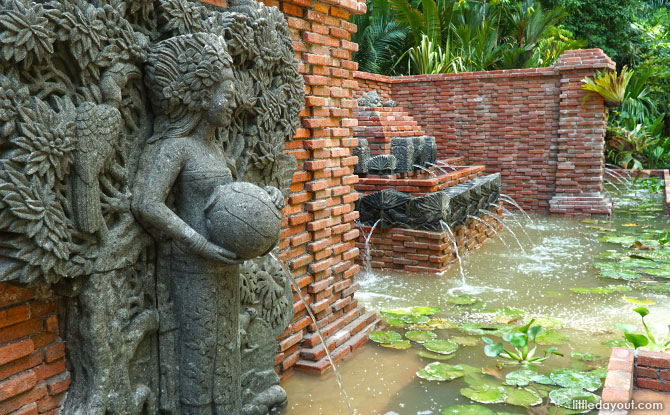 In the past, a freshwater spring used to flow down from Fort Canning Hill and, in ancient times, it was the bathing place for the ladies of the palace. This spring has been recreated on the western slopes of Fort Canning Hill in 14th century Javanese style. A mural, carved from natural volcanic rock, decorates this historic spot. 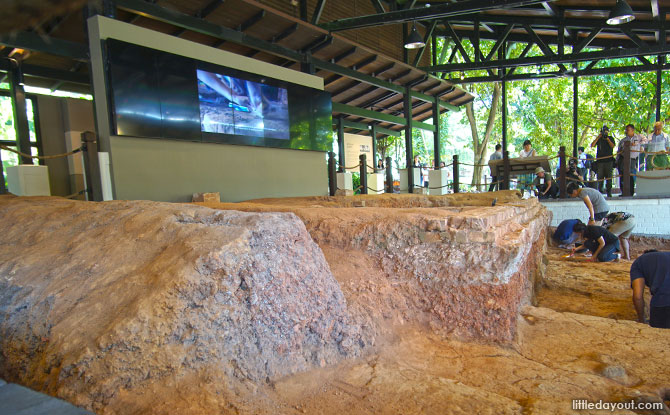 Formerly known as The Archaeological Dig, the Artisan’s Garden was the site of craftsmen’s workshops and living quarters in the 14th century. It was here that fine goods were fabricated for the hill’s royal residents. Now, interpretive displays share insights into the significance of archaeological finds made on Fort Canning Hill. 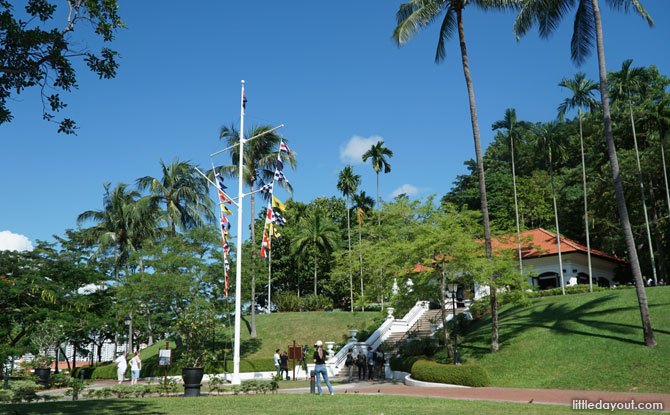 The Raffles Garden showcases plant species that Raffles, who was a naturalist, encountered while in Southeast Asia. The garden also has features such as lighthouse, flagstaff and time ball. 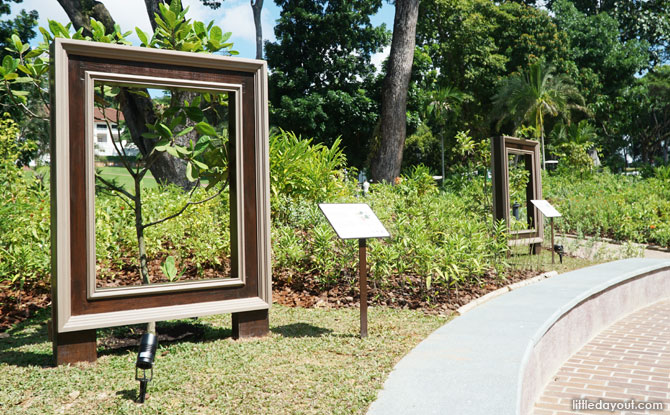 Located at the foot of Fort Canning Green is the new interpretive Farquhar Garden, named after the first resident of Singapore. This garden showcases plants which William Farquhar founded noteworthy like gambier and guava. These have been “framed” to create real-life “natural history drawings”. 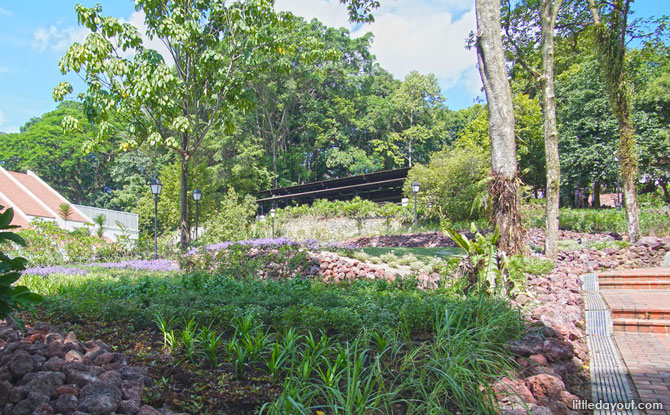 Fort Canning Park’s Spice Garden is based on Raffles’ experiments with spices and terraced plantations. The Spice Garden will be further enhanced at a later stage to include a gallery trail on the significance of spices to Singapore’s history. 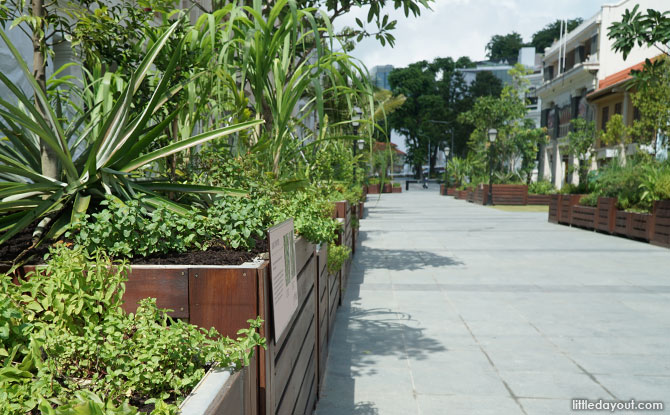 This is a pedestrianised section of Armenian Street with plants in mobile planter boxes. Look closely and you will find that there are synergies between the plants and the building around. For example, there are spices used in Peranakan cooking in the planters – a nod to the nearby Peranakan Museum and Vanda Miss Joaquim orchids close to the Armenian Church where Miss Agnes Joaquim herself once worshipped. 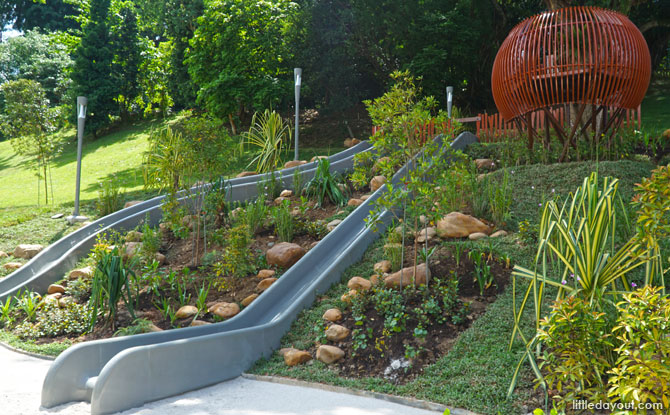 The King George V Jubilee Park stood at the western end of Fort Canning Hill from 1935 to 1972. It was also a popular recreation spot and was also the location of the River Valley Swimming Pool, Van Kleef Aquarium and National Theatre. The new Jubilee Park at Fort Canning Park has now been restored as a family-friendly space with play areas for children to enjoy.

DOWNLOAD: Go on a Fort Canning Park Adventure Quest with a Playsheet from Little Day Out