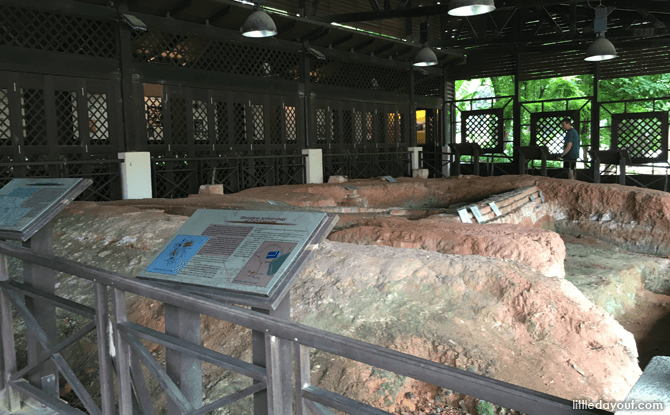 2019 will mark 200 years since Stamford Raffles set foot in Singapore. However, the history of human settlement in Singapore goes back beyond 1819 and at the Archaeological Dig at Fort Canning Park, you can unpeel the layers of time and discover more about the legacy of Singapore’s past.

The Archaeological Dig is a small, open-air exhibition located on Fort Canning Hill. It is located between the Keramat Iskandar Shah, where an ancient ruler of Singapura is believed to be buried, and the Old Christian Cemetery, now known as Fort Canning Green.

This location was strategically chosen for excavation as it was believed to have a higher likelihood of being undisturbed. 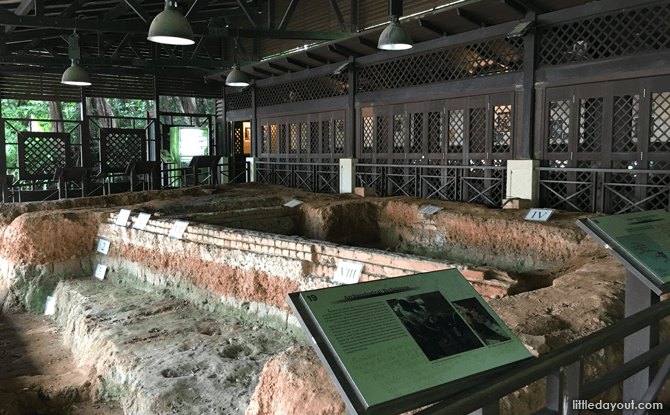 The first archaeological dig at the site took place in 1984 and was sponsored by the Royal Dutch Shell Petroleum Company. This led to the discovery of artefacts from as far back as the Yuan Dynasty (established in 1200).

Making Sense of the Dig Site

Today, when you visit The Archaeological Dig at Fort Canning Park, you will see an open pit where excavations took place. 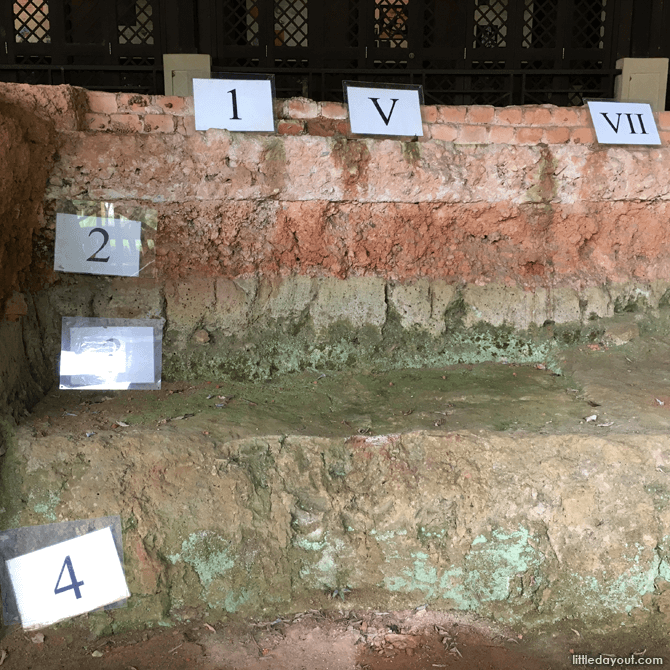 Numbered cards are laid out like markers at a crime scene.

There are three soil layers of interest. At the top layer or Layer 1 are the remnants of the foundation of a lighthouse keepers’ house built around 1900. Below that at Layer 2 were artefacts from the 19th and 20th century. Layer 3, with yellowish soil, contained artefacts from the 15th and 14th centuries.

Artefacts from the Past 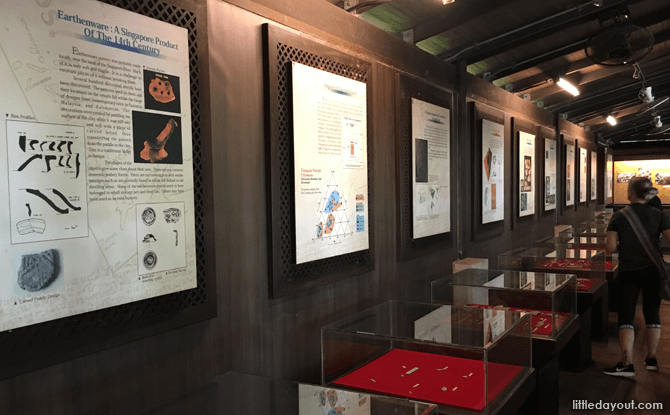 Behind the pit is a short corridor that showcases some of the finds from excavations undertaken.

Among the highlights include shards of earthenware pottery. These are thought to date back to the 14th century Singapore and were probably among the first “made-in-Singapore” products there ever were. 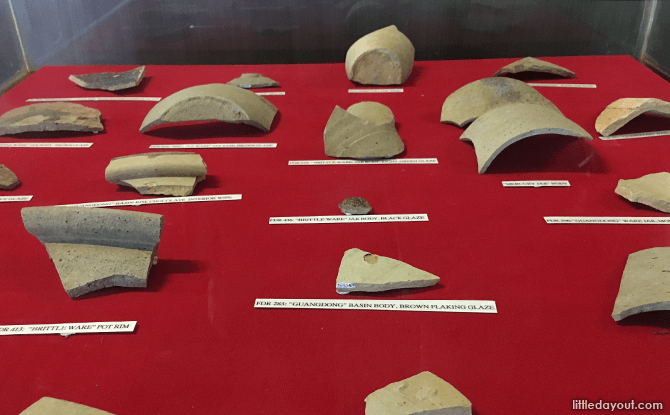 Other artefacts from the 14th century uncovered include Chinese ceramics. They were from stoneware such as large jars, basins and “mercury ware” bottles made in Guangzhou and “imported” into Singapore.

Greenware and blue-and-white porcelain have also been found, along with Chinese coins. These suggest that Singapore was a trading post even before Raffles.

The Archaeological Dig provides an opportunity to dig (sorry for the pun) into Singapore’s past in situ rather than inside a museum. It may be a simple exhibition but it brings an added depth (sorry again) and dimension to one’s understanding of Singapore’s heritage and origins.

You may also wish to visit the nearby National Museum of Singapore to learn more about Singapore’s history.

Fort Canning Hill, behind the Registry of Marriages
Opening Hours to Corridor Gallery: 8.30 am to 6.30 pm