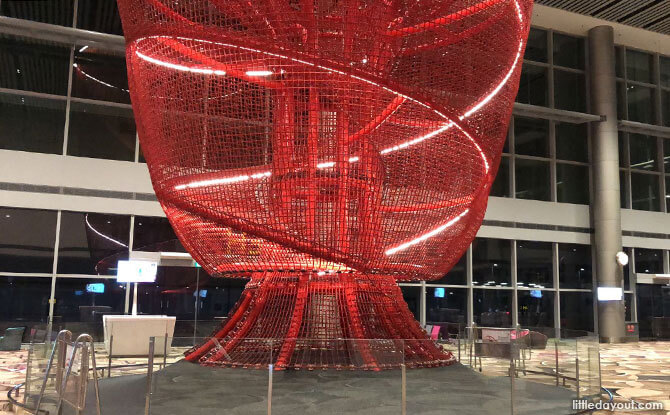 It is hard to miss the red, five-storey high Changi Airport Terminal 4 Playground. Dubbed Chandelier, the playground is located within the terminal’s passenger departure lounge and is expected to be opened in the near future.

As we passed through the terminal, we paid the Changi Airport Terminal 4 Playground a visit to have a closer look at this upcoming feature at the airport’s newest terminal. 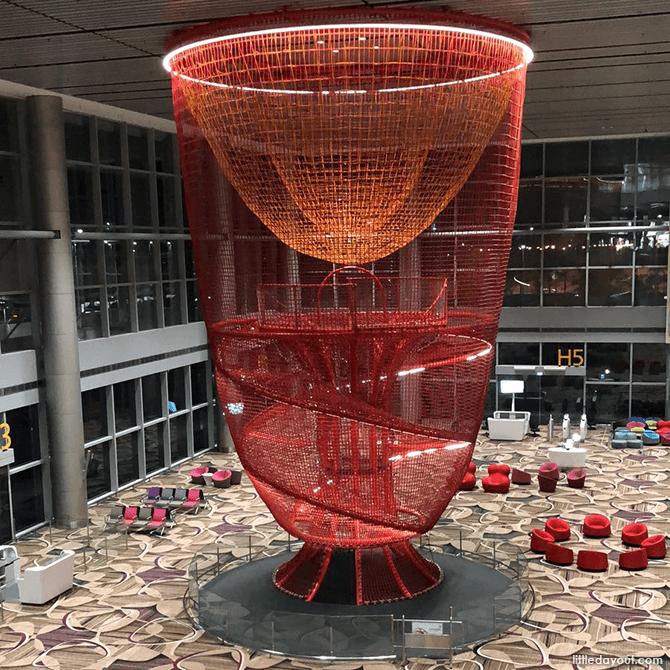 The Chandelier playground at Changi Airport Terminal 4 is both an art piece – beautiful to look at – and a play structure. Bright crimson red, it is a netted, climbing play structure which passengers in the departure area, children and adults alike, will be able to climb.

From a distance, the playground looks like a chalice. It has a narrow base at the bottom and opens up as it reaches to the ceiling. According to reports, it was built using 10 km of rope with a steel frame that weighs in at 15 tonnes. 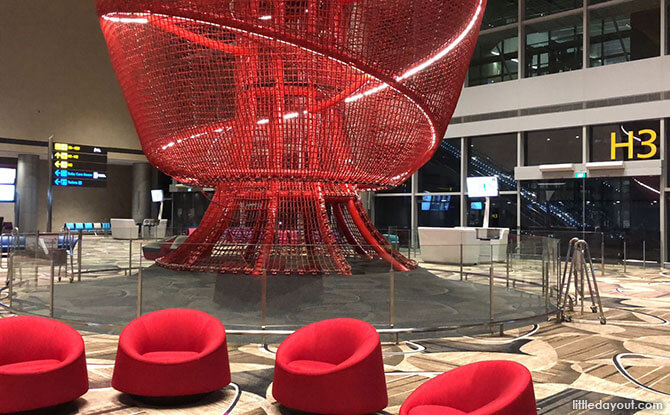 At the base of the playground, a spiralling rampway made of thick red rope swirls upwards. 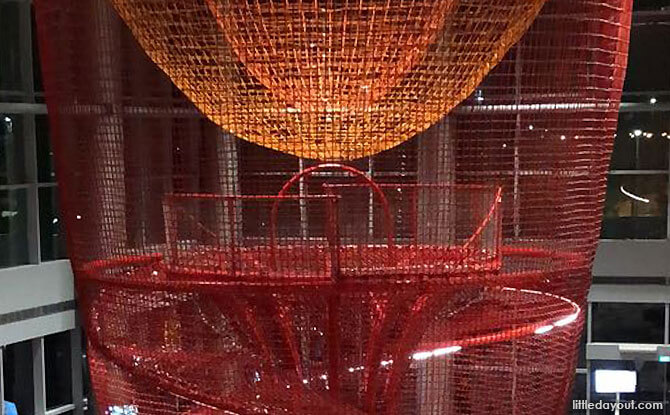 The payoff for climbing up the red rampway is a rope platform.

What goes up must come down and from the rope platform, it is possible to head back down to the ground using a series of fireman poles and intermediate platforms within the central core of the Changi Airport Terminal 4 Playground.

The Chandelier playground at Changi Airport Terminal 4 is said to be able to hold up to 50 persons at any point in time. 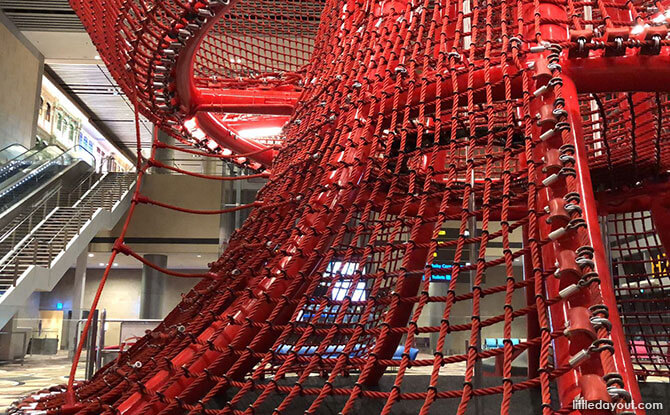 The playground is located at the lower level of the departure lounge, one level below where the Peranakan Love Story short film is screened.

From what we understand, there will also be a “bridge” connecting the Chandelier playground to the level above.

With the new playground slated to open soon, it looks like there is yet another reason to look forward to flying through Changi Airport Terminal 4.