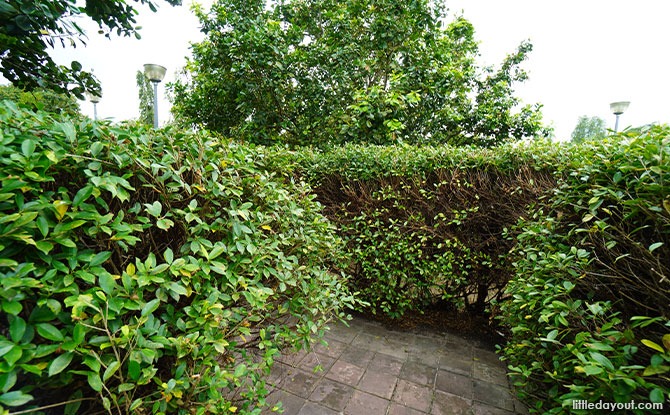 The Pasir Ris Park Maze is an interesting spot to explore the next time you visit the popular park. It is a unique and rather old school way for you to test your navigation skills as you make your way around the maze. 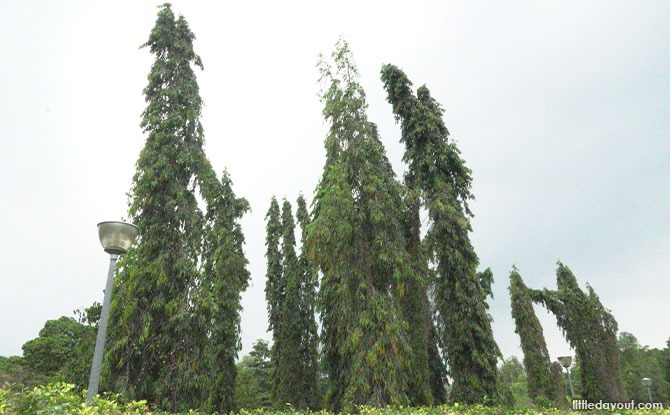 Finding the maze in Pasir Ris Park is located around Area 2 of the huge park. It isn’t too difficult to find with the help of the various signboards located around the park which point the way to the “Maze”.

The Pasir Ris Park Maze can be identified by a series of weathered wooden frames which indicate the entrance. 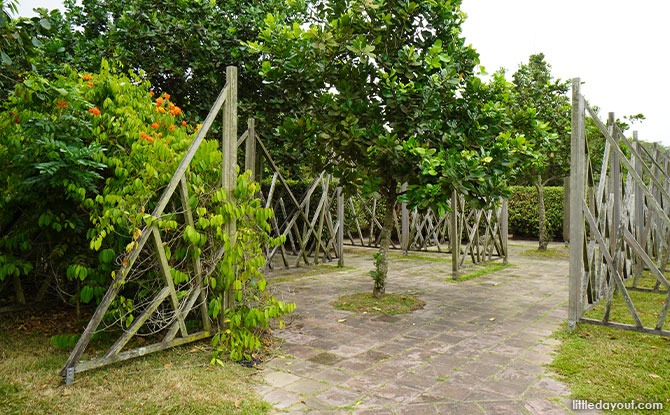 At the entrance of the maze, there is a small hedge with some flowers as well as a tree located in the middle. The entry and exit point are located side by side, except players have to come out of a different lane when they exit from the maze. 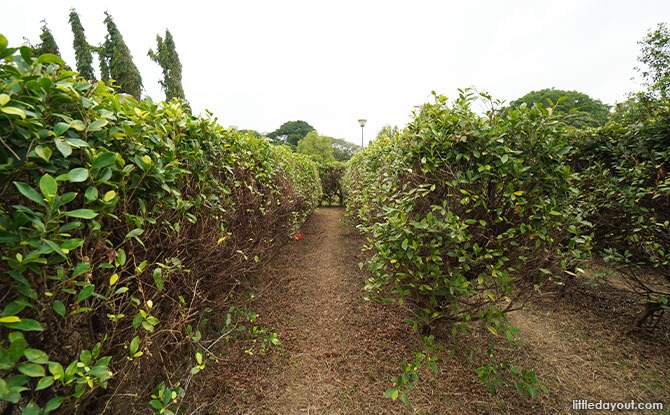 Navigating the maze is not too complicated. The most challenging aspect would be that the hedges are not very well maintained. This makes certain sections looked like dead ends. However, probe a bit further and you may find that it is actually a narrow entry to the next section of the maze. 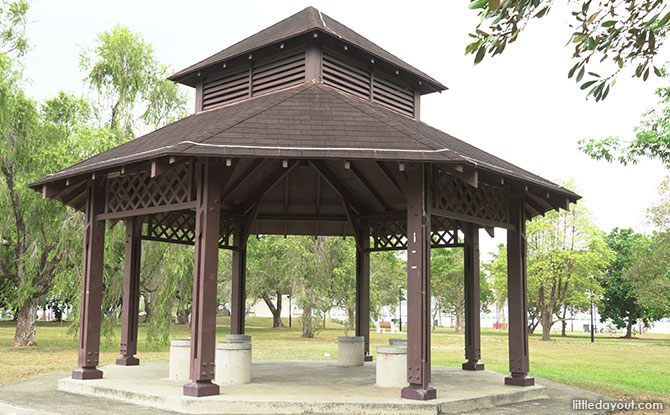 When navigating in and out of the maze, it took us less than five minutes as the maze layout is relatively straight forward. After finishing the maze, you can rest at the pavilion nearby and explore other interesting parts of Pasir Ris Park such as the mangrove boardwalk. 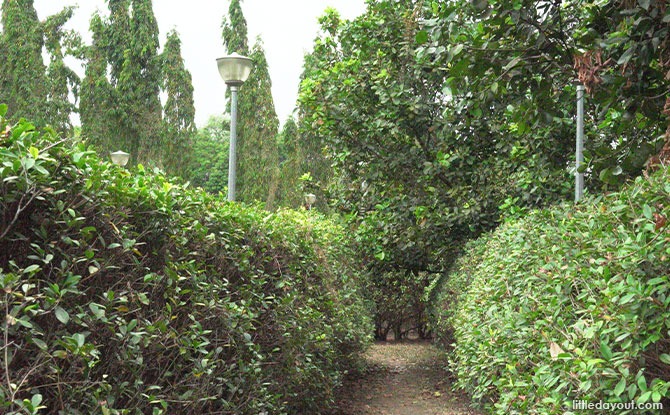 Overall, this mini activity is suitable for visitors both young and old. Young ones should go in with adult supervision as there are many corners in the maze as well as protruding branches.

It is just a bit of simple fun which you can have when you next visit Pasir Ris Park.