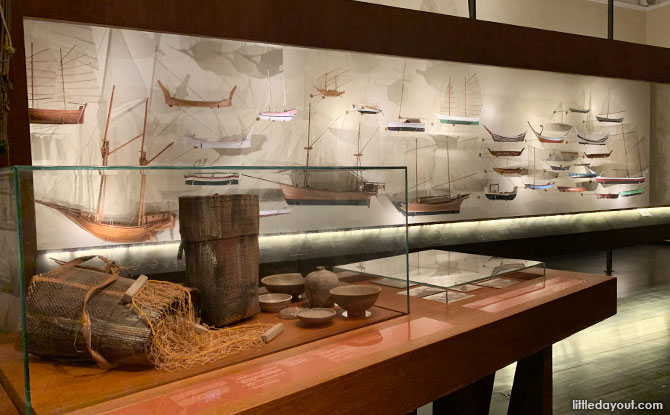 Once the residence of the Malay royalty in Singapore, Istana Kampong Gelam is better known today as the Malay Heritage Centre. The building was completed in 1843 and will be closing on 30 October 2022 for a two-year refurbishment. Till then, you can pay a visit to this historic building to learn about Singapore’s links to Nusantara, the broader Malay archipelago.

On first entering the compound, what is striking is the uncommonly clear skyline behind the Malay Heritage Centre. The Centre comprises of a main two-storey building, low-buildings surrounding it and its open compound. 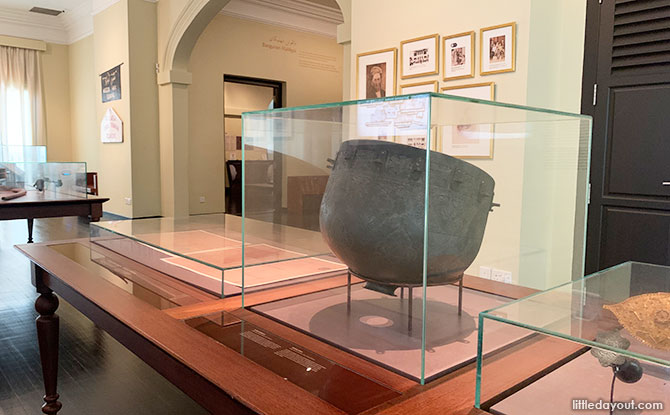 Take off your shoes as to enter into the main Malay Heritage Centre building which houses its permanent galleries The journey starts upstairs where galleries provide an account of the history of the Malays in Singapore and the region, and also paints a picture of daily life. 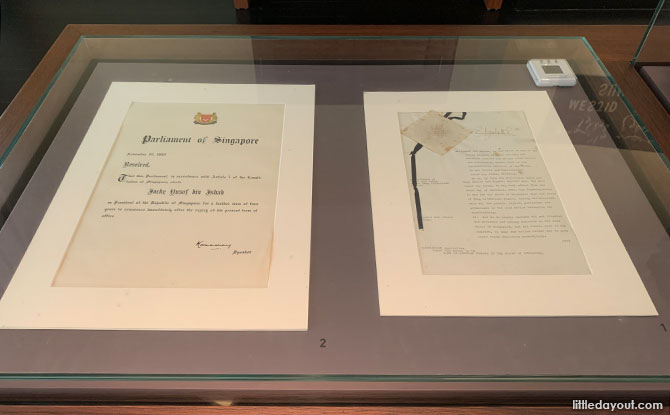 Prominent figures in the Malay community are highlighted. You can learn more about Singapore’s first President, Yusof bin Ishak, and even see his ‘letter of appointment’ from parliament and ceremonial medallions. 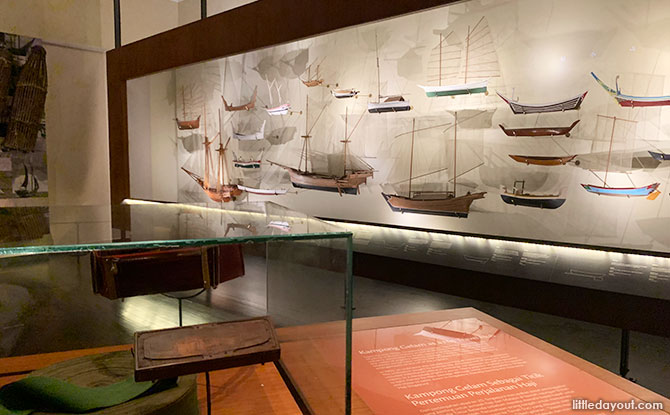 The Malay’s seafaring heritage is showcased in another gallery. There are interesting models of ships and boats on display, a testament to Singapore and the rest of the archipelago’s ties to the sea. Also on display are items which Muslim pilgrims take along for the Haj. 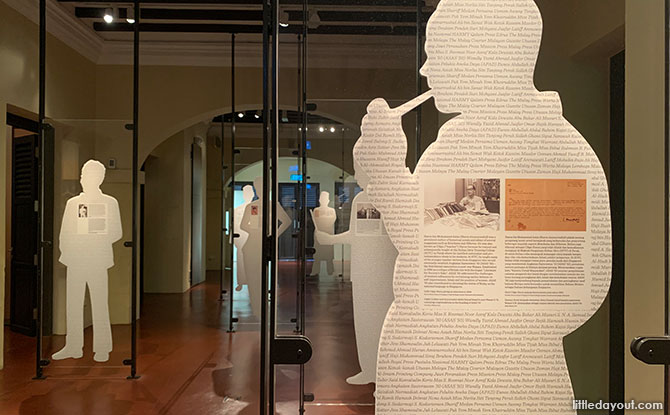 Descending the back staircase, the ground floor galleries that provide further perspectives on the role of language and even cinema.

The Man Who Wrote Majulah Singapura 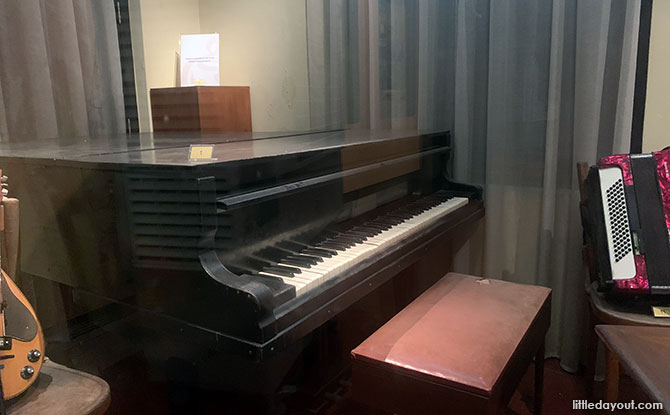 One gallery of interest has an exhibit dedicated to Zubir Said. Any Singaporean would be familiar with his work, Majulah Singapura, Singapore’s national anthem. 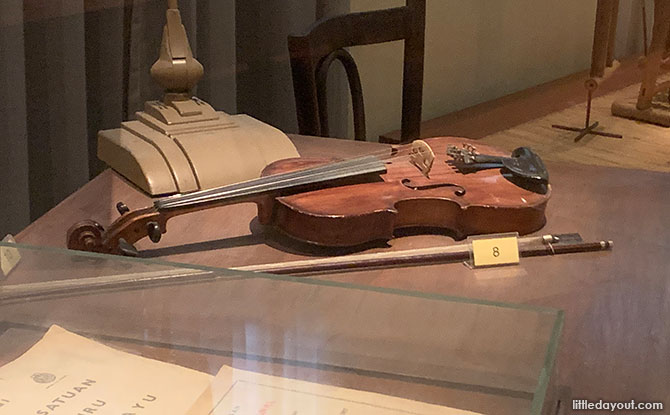 Among the items on display are his possessions such as his piano and violin. 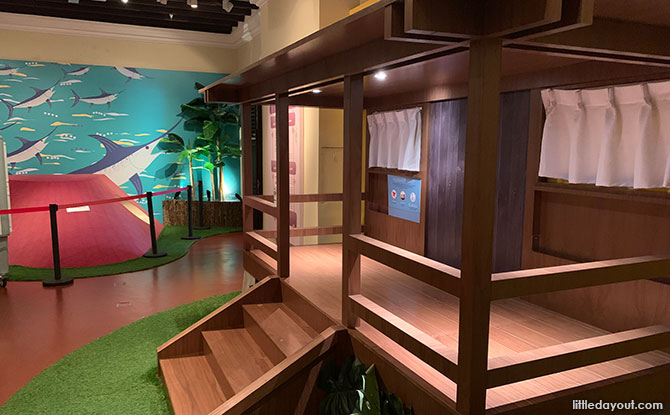 There is a small play space for children, between 3 to 6 years old, based on stories from Singapore and the region too. 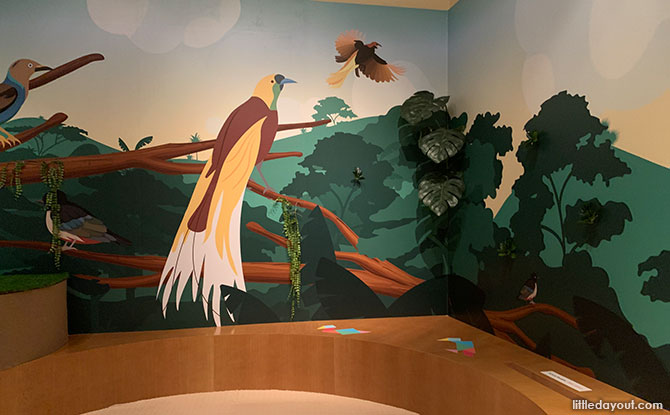 One of these is based on Ali Wallace, a 15-year-old boy from Sarawak, Borneo, who accompanied explorer and naturalist Alfred Wallace in his expeditions across the Malay Archipelago. 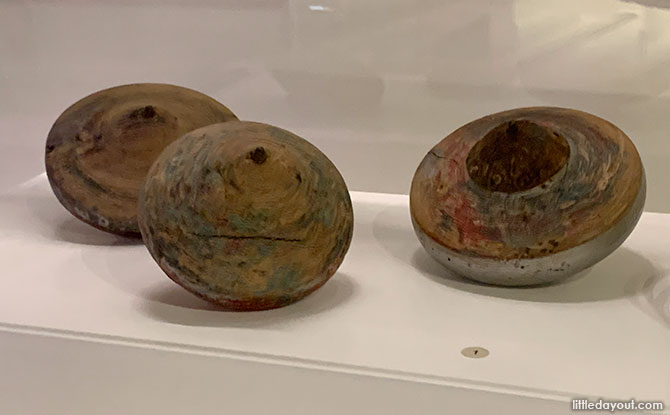 Besides the permanent galleries, the Malay Heritage Centre is holding a special exhibition in two galleries in the low buildings around the main building. Cerita, which translates to“stories” in English, is an exhibition which shines the spotlight on the stories and narratives of life in Nusantara.

The Kita gallery, meaning “us” in Malay, focuses on the local Malay community and highlights the everyday life, customs and traditions of the Malays.

The second gallery, Me-reka, meaning “crafting” in Malay, highlights the craft traditions that exist within the diverse cultural influences of the Nusantara.

The Malay Heritage Centre provides an insight into the Malay community’s rich history and heritage. The building and its location in Kampong Glam also add to its sense of place.

After a visit to the Malay Heritage Centre, you can also take a walk around the surround Bussorah, Muscat and Arab Streets too.