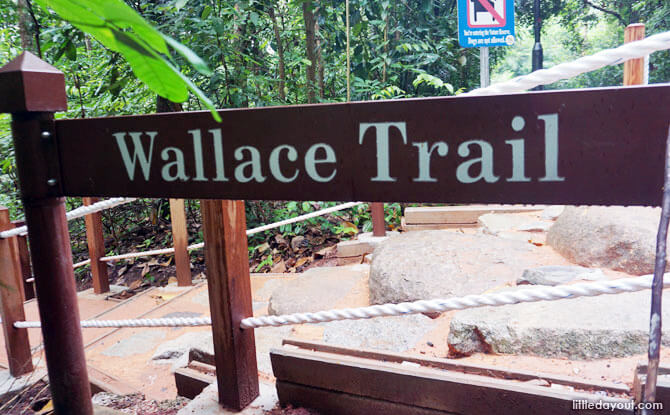 Named after British naturalist Alfred Russel Wallace who made stopovers in Singapore in 1854, the Wallace Trail at Dairy Farm Nature Park is a walking loop that takes 30 minutes to an hour to complete.

It is one of several “Wallace Trails” around the world. Most of these trails are related in one way or another to Alfred Wallace and his life. For example, the Wallace Trail in Sarawak’s Bukit Peninjau leads to a cottage used by Wallace in 1855 and 1856 when he was out collecting specimens in the jungle.

Singapore’s Wallace Trail holds the distinction of NOT being directly related to Alfred Wallace. Instead, it is a nature trail where you can imagine you are a naturalist walking in the footsteps of Wallace.

The best way to start off a visit to the Wallace Trail is to stop by the Wallace Education Centre. 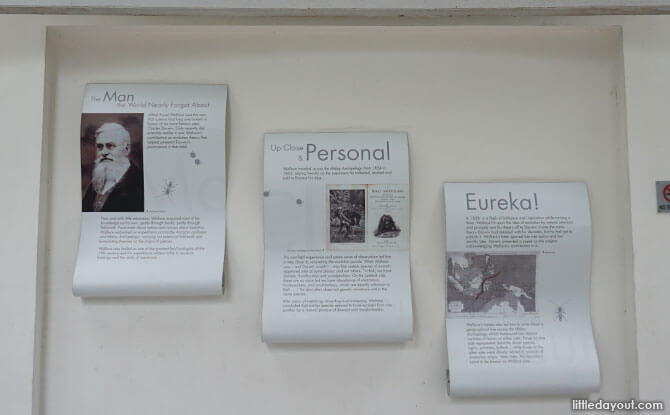 Housed in a former cowshed, the Wallace Education Centre houses information panels that provide a background to the man and the area.

A short distance uphill from the Wallace Education Centre (past some white picket fences) is where the Wallace Trail starts off.

Parts of the Wallace Trail are dirt paths which make you feel as if you are back trekking along the way to a kampong community. 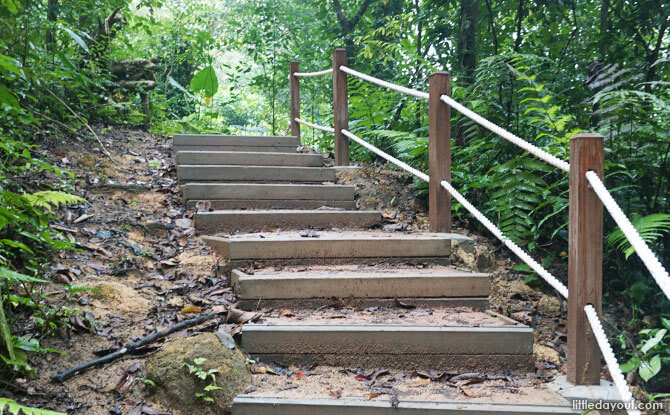 Other parts of the Wallace Trail were given a “facelift” in February 2018. This has resulted in sections of the trail being “boardwalked”, which, in our opinion, makes the trek feel less authentic than before when there were more natural pathways. 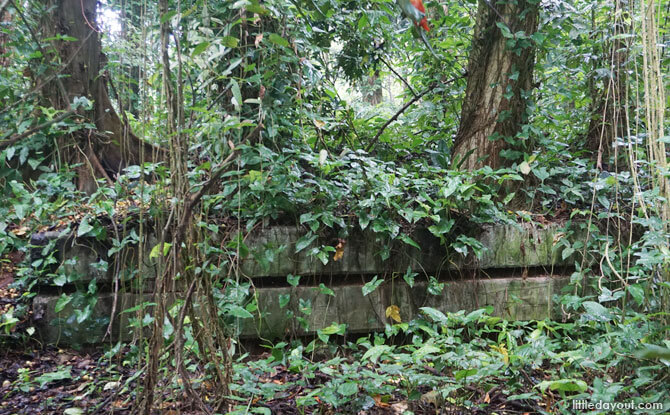 Along the trail, you will notice signs of past communities. Do also listen out for the trickle of a stream along parts of the Wallace Trail.

Keep An Eye Out For Nature on the Wallace Trail

The Wallace Trail is a relatively easy nature walk. 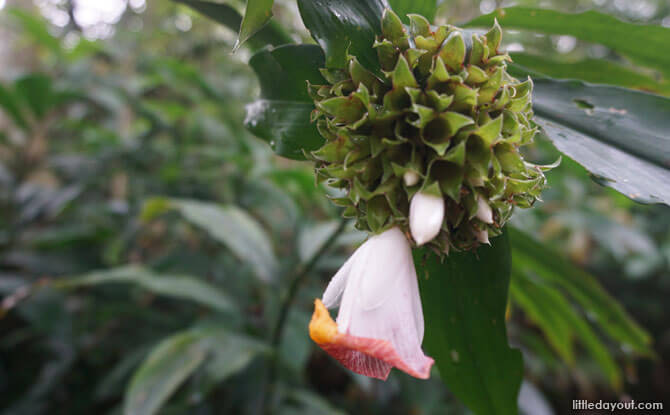 While you are out enjoying the leisurely walk along the trail, be sure to keep an eye out for nature’s details. From tiny dragonflies to fungus attached to the trees, minute details lie in wait to be appreciated. You can imagine how a naturalist such as Alfred Wallace would have taken keen note of the flora and fauna in the forest.

However, unlike Wallace, do not take away specimens from the forest. Instead, as they say, “take nothing but photographs and leave nothing but footprints” from your visit to this nature trail.