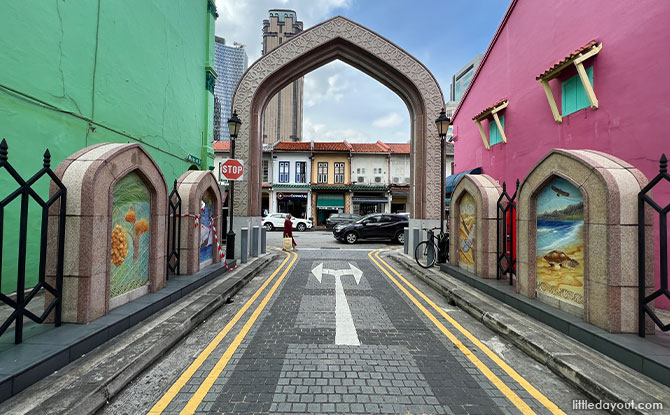 Did you know that Muscat Street is named after Muscat, the capital of the Sultanate of Oman which is situated north of the Arabian Sea? Located between North Bridge Road and Baghdad Street, leading up to the Masjid Sultan, visitors will be able to spot this street by the eight metre-high granite arches with ornate Omani carvings at both ends of the street.

It is decorated with granite tiles that are specially selected and imported from Oman. Visitors will be able to admire mosaic artwork reminiscent of traditional Omani style and architecture.

There are a total of eight murals along Muscat Street, each painted by Omani artists and depicting a significant item of Oman culture or location of Oman. 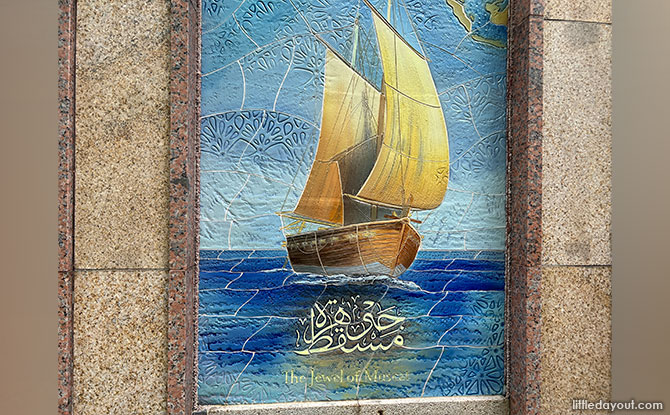 One key mural to see is one that features the Jewel of Muscat, a State Gift from His Majesty Sultan Qaboos Bin Said Al Said to the Government and People of Singapore. The Jewel of Muscat project symbolises the revival of the ancient trading routes that linked Asia and the Middle East.

This ship is a replica of a 9th century Arabian ship carrying Chinese artefacts that were salvaged off Belitung Island in the Java Sea in 1998. The dhow is 18 metres long and 6 metres wide and was constructed using planks hand-sewn together with coconut fibres, similar to 9th century Arab shipbuilding methods.

The Jewel of Muscat spent 68 days at sea, while the full voyage lasted 138 days, and covered 3580 nautical miles. The dhow arrived in Singapore on 3 July 2010. 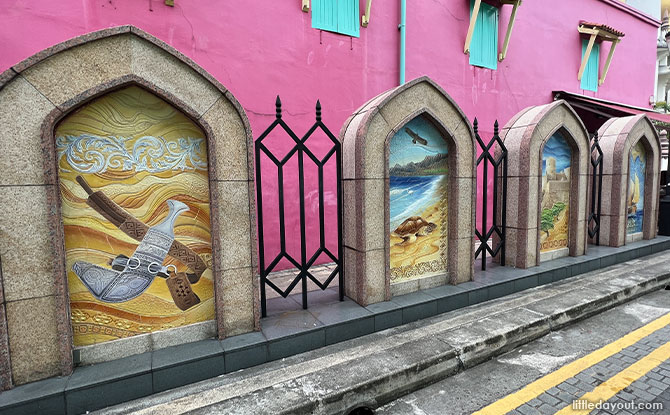 Another interesting mural is one of the traditional Omani dagger which is curved and sharpened on both edges and is normally carried in a sheath decorated in silver filigree. 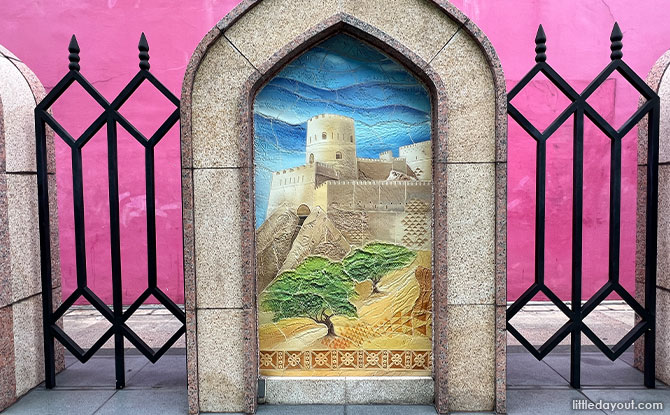 Located on the same row is a mural also depicting one of Oman’s many forts, which give a glimpse of Oman’s rich history. 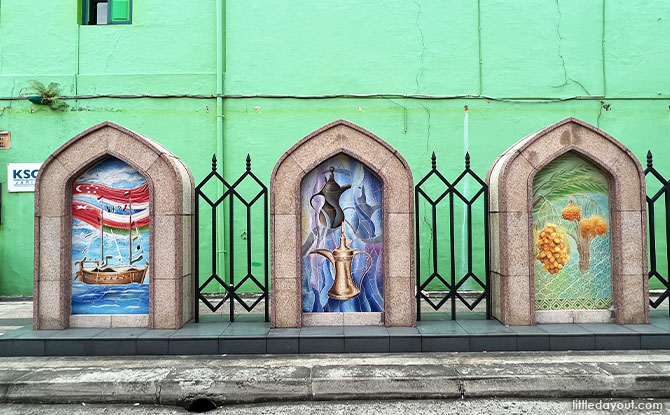 On the opposite side, there is a mural with a dallah, a metal pot with a long spout used to make and serve Arabic coffee. There is also one with a ship and the flags of Oman and Singapore in the sky.

Read more about the other heritage murals in Singapore at the article here.

Kulnari Mystery Golf: Swing Back To The 1920s With Mini Golf