Home Nature Sengkang Sculpture Park: A Whale In The Park 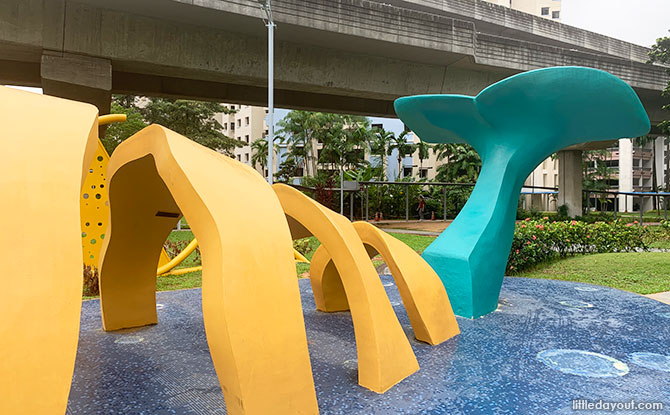 Sengkang Sculpture Park is easily identified by its many interesting sculptures. Under a series of overhead train lines, the park at Compassvale North is a showcase of arts in the neighbourhood.

Creative Interpretations of Sengkang’s Past The Whale at Sengkang Sculpture Park 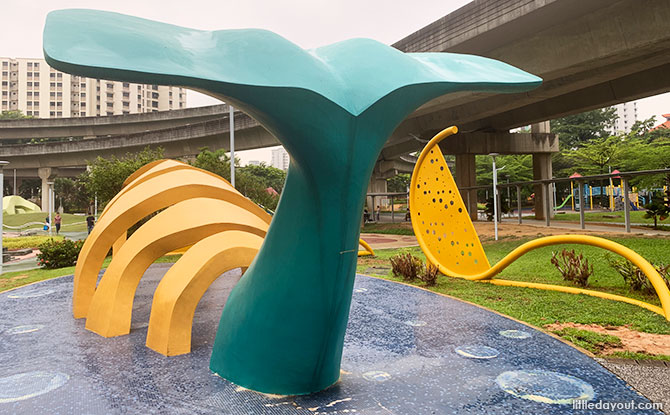 One of the most intriguing sculptures at the park is that of a whale.

The whale sculpture has its fluke up in the air – normally seen when a whale diving into the deep from the surface. In this case, the whale is still on the “surface” and you can walk into the “ribbed” belly of the beast. It reminded us of this whale playground in Japan.

Art in the Park Elsewhere at Sengkang Sculpture Park, there are sculptures dancing in unison (or they could also be interpreted as hauling up non-existent fishing nets) … 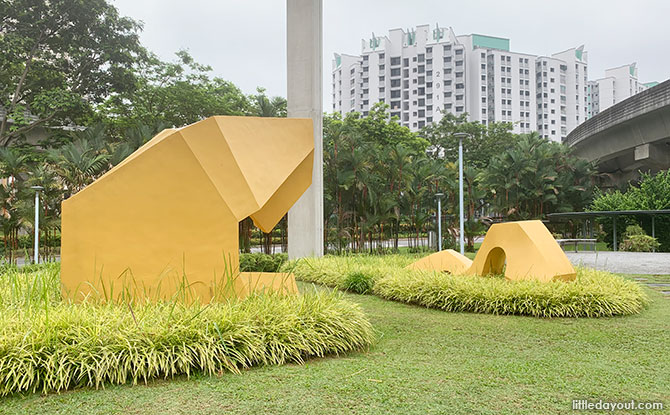 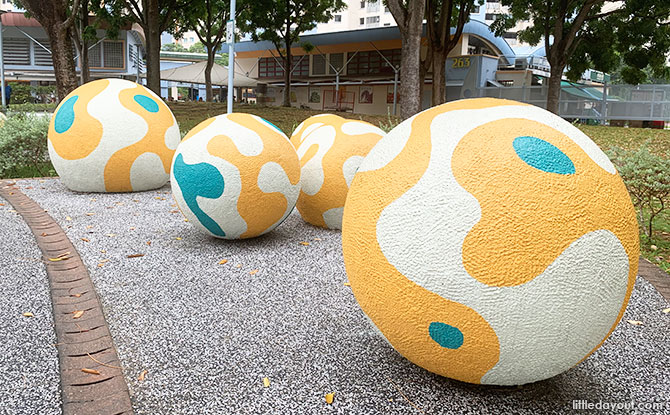 There are also coloured balls which double up as seats that you can sit on.

Sengkang Sculpture Park is made up of two sections – a main section that is south of Compassvale Street, and a smaller linear area across the road. A series of wind sculptures stand at the smaller section.

The sculptures at Sengkang Sculpture Park were designed by Hong Hai Arts, the same company behind the dinosaurs at Woodlands Street 82 and the pair of Kim Keat dinosaurs. According to an interview given in 2018, the project was worth $1 million. 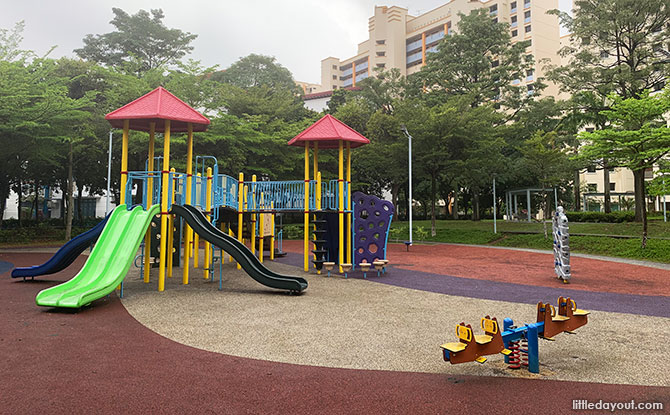 Those looking for children’s playgrounds will find two at the park – one at the main area and another at the other section of the park.

Kids can enjoy the playground structures, climbing walls and a spring see-saw at the park.

There is also fitness equipment at the park and you can enjoy a jog around its footpaths.