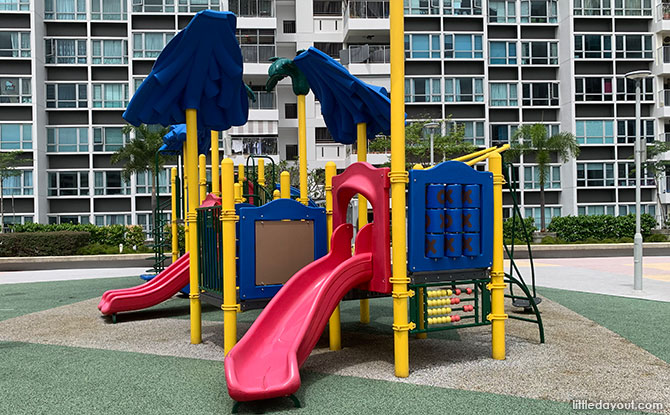 The Parc Lumiere playground is located at the open rooftop above the car park. It consists of a play structure which children can enjoy.

Parc Lumiere is a public housing project that obtained its temporary occupation permit in 2011. It was built under the Design, Build & Sell Scheme (DBSS) and draws inspiration from the French word for “light”. 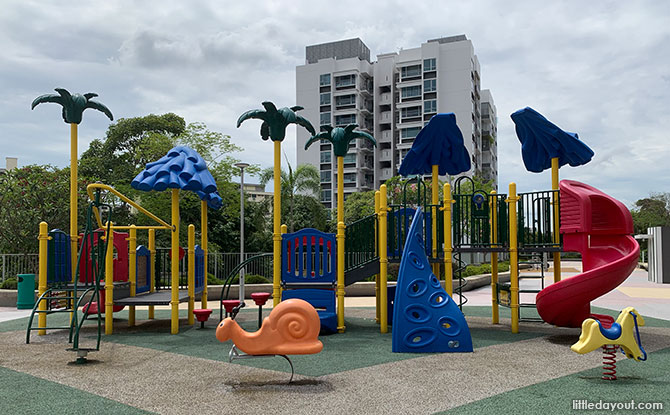 Located just off Simei Road, next to Simei Street 4, along Simei Lane, the development’s children’s playground is found on the roof top of the car park block.

The Parc Lumiere playground consists primarily of a low play structure which provides a spot for kids to climb up and explore. Some of the features found at this playground include red stepping stones which connect one section of the playground to another. There is also a blue, warped climbing wall with handhold for kids to use.

There are two red slides integrated into the playground structure. This includes a red winding slide at one end and another red slide at the other.

The car park roof top is devoid of shade, however, the playground does have some play-pretend palm trees over one section. Unfortunately, these don’t provide much shade either but are more for decoration.

The soft padded flooring is one of the safety features at this playground. 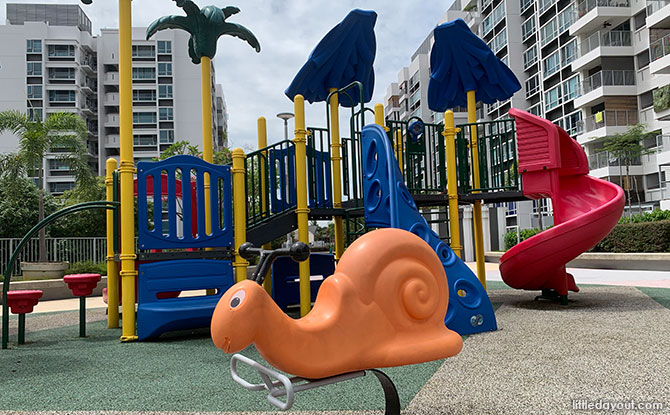