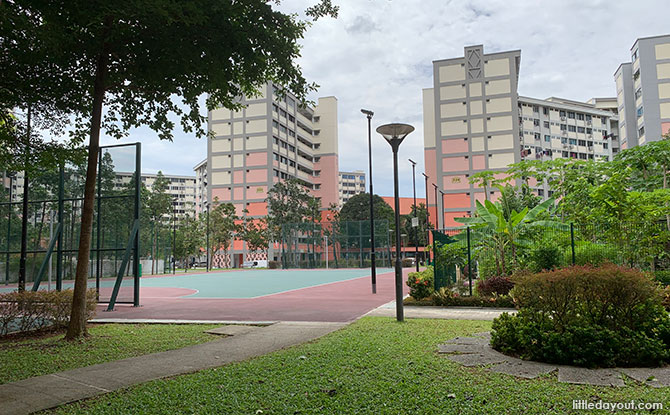 Simei Street 4 has a couple of children’s playgrounds. We will be highlighting two that can be found around this precinct – the Simei Street 4 Block 226 playground the Block 227 playground, and its community space. 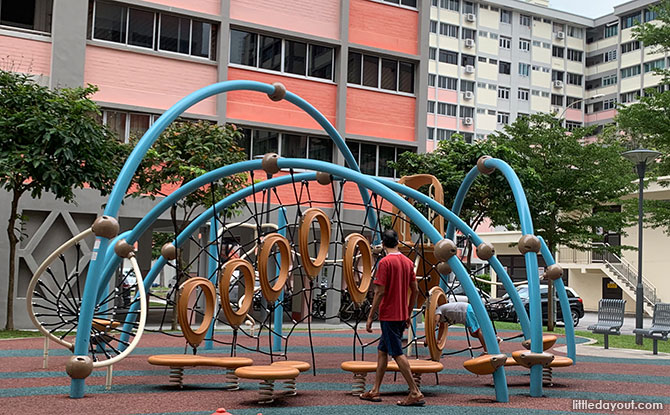 Found between Blocks 226 and 225 at Simei Street 4, the children’s playground here is made up of several pale blue metal arcs. This forms the framework from which various rope obstacles are strung.

Other rope obstacles provide kids with a challenge to surmount – from twirling ropes to spider nets.

The playground equipment here includes a slide at one end. 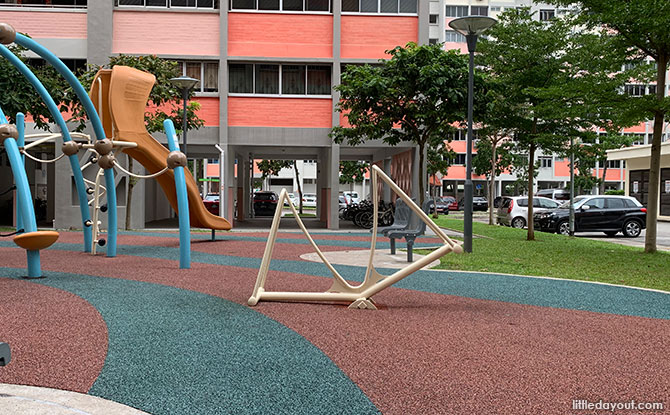 Also found at the small Block 226 Simei Street 4 playground is a standing see-saw. 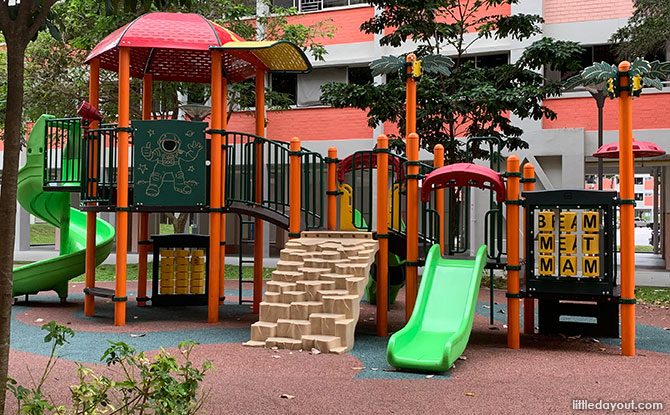 A short distance away, closer to the main road, is the Block 227 Simei Street 4 playground. This is a “traditional” playground structure which consists of a tower at one end and a platform which kids can climb up to.

Two green slides provide a pair of surfaces for kids to swoosh down while there is also a 3 x 3 panel with alphabets on them.

The platform can be reached by a set of climbing steps that has been designed to look like a rocky cliff. 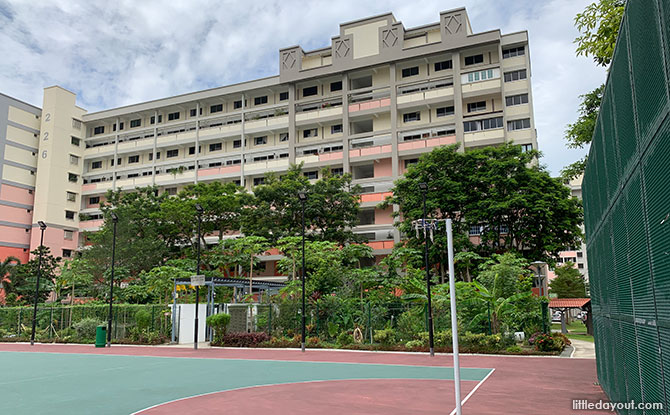 These two playground are close to the Simei Street 4 community space which can be found in front of Block 226 and the other surrounding blocks. 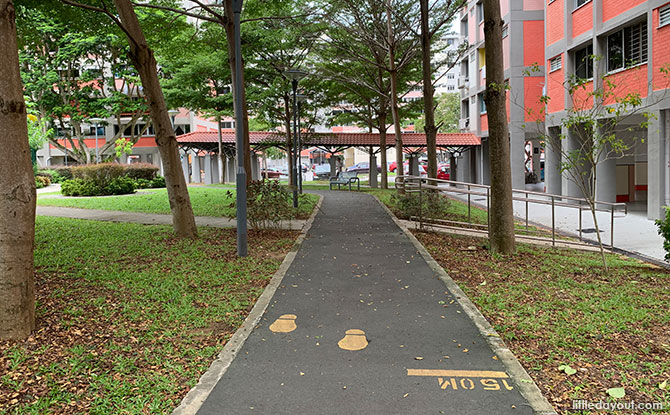 Beside the playing courts, there is also a jogging and walking path that rings its way around the perimeter of the space. 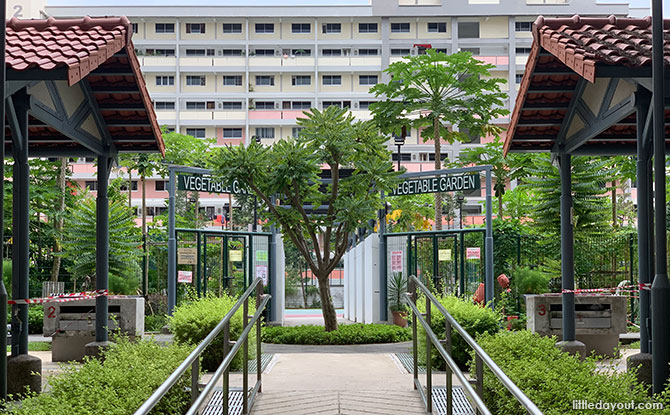 There is also a fitness corner and a community garden can be found at the base of Block 226. 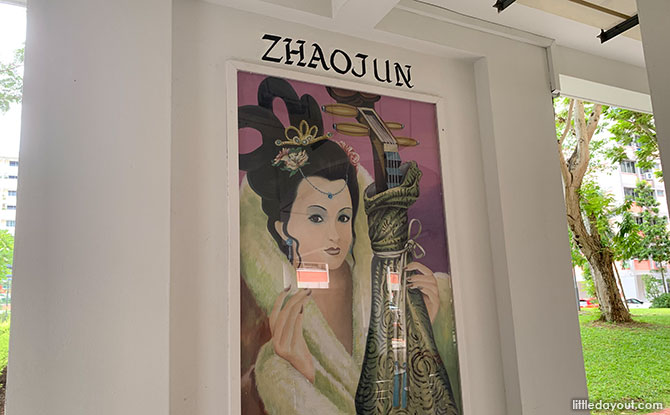 At the void deck of Block 226, you will be able to find a picture of one of the four beauties that Simei is named after.