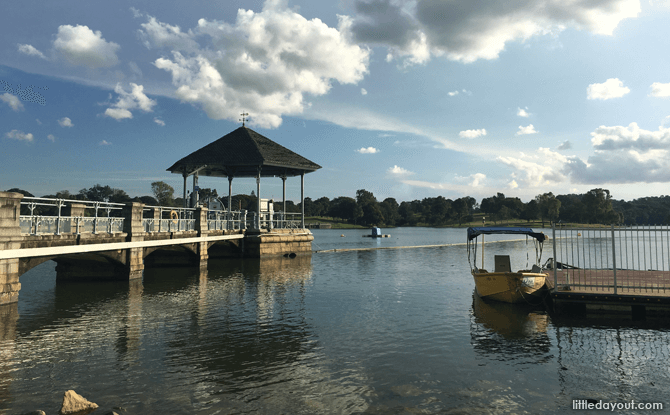 Originally named Kalang River Reservoir, its waters feed into Singapore’s longest river, Kallang River. In 1922, it was renamed Peirce Reservoir in honour of Robert Peirce, the Municipal Engineer of Singapore who had proposed the construction of the reservoir.

Yabby Catching at the Fishing Grounds

One activity that draws many families to Lower Peirce Reservoir on weekends is yabby catching.

Lower Peirce Reservoir Park has a fishing ground with a shoreline of granite rocks. This makes it a popular spot for those who wish to try their luck catching yabbies, a type of crustacean.

To do so requires loads of patience, some skill and plenty of luck.

The wild yabbies at Lower Peirce Reservoir are elusive and hide away among the rocks.

Accordingly to a seasoned yabby-hunter, one technique to catch them is to lure them out from under the rocks with a piece of bread attached to a stick, place a fishing net behind them and “force” them backwards into the net.

Close to fishing grounds is an entrance to the Lower Peirce Boardwalk.

Officially known as the Lower Peirce Trail, the Lower Peirce Boardwalk winds through secondary forest and along the water’s edge. This area was once a plantation and you will still see remnants of rubber trees and oil palms along the trail.

The Lower Peirce Boardwalk is an easy 900-metre walk. It has two other entrances besides the one at Lower Peirce Reservoir Park. The Jacaranda Entrance opens up to Old Upper Thomson Road and the Casuarina Entrance is an entry point close to the shops at Casuarina Road.

While on the Lower Peirce Boardwalk, keep a look out for animals such as monitor lizards, squirrels and even birds such as the White-bellies Fish Eagles soaring overhead. You may also encounter the ubiquitous long-tailed macaques. 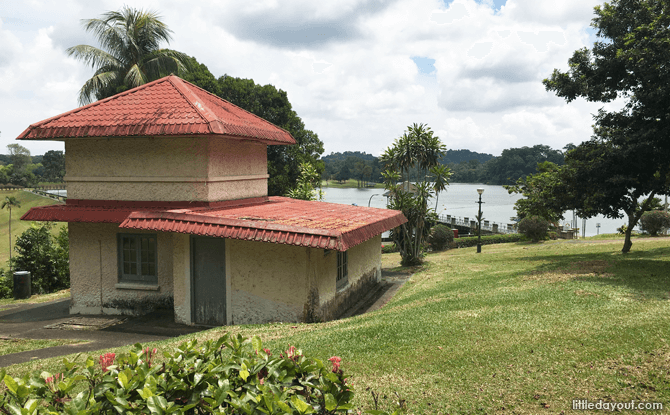 A children’s playground, slightly weather-beaten, serves as a play spot for young children. 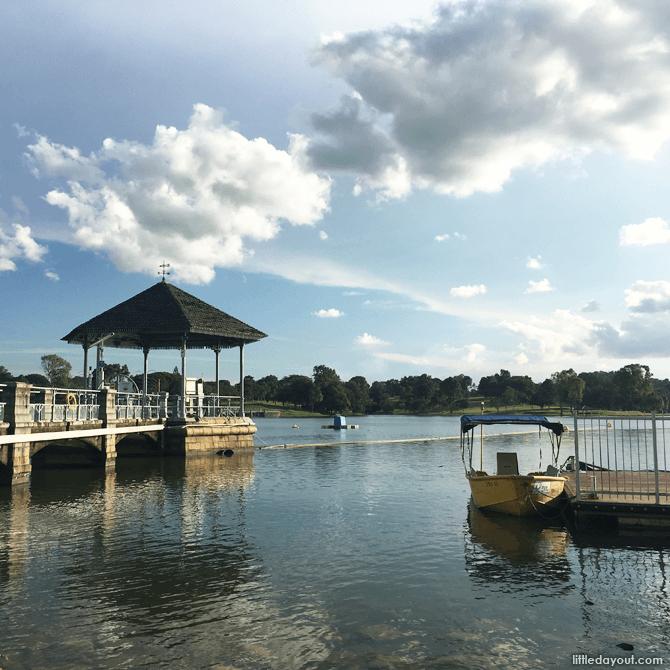