Home Travel Europe Interesting Facts About The Tower Of London 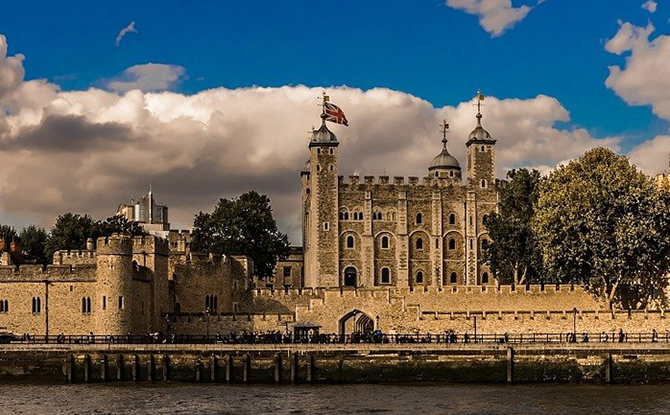 The Tower of London is one of the most famous historical buildings in the world. It has been a royal palace, a prison, and a place of execution over the centuries. The tower is located on the river Thames in the city of London, England.

Today, the tower is a popular tourist attraction. Thousands of people visit every year to see its ancient buildings and stunning views over London. 2. Over the centuries, the castle has been used for many different purposes, including as a royal palace, a prison, and even a zoo!

3. The Tower of London is home to the world-famous Crown Jewels, which include the Imperial State Crown and the Koh-i-Noor diamond.

4. The castle is also home to the renowned Yeoman Warders, popularly known as ‘Beefeaters’, who are responsible for guarding the Crown Jewels and providing tours of the castle.

5. The tower was used as a prison from 1100 to 1952. Many famous people were imprisoned there, including Anne Boleyn, Lady Jane Grey, and Guy Fawkes.

6. Despite its rich history and beautiful architecture, over 100 people have been executed at the Tower of London, either by hanging or beheading. Some of the more famous prisoners include Anne Boleyn, Sir Thomas More, and Guy Fawkes.

7. The ghosts of the Tower of London have become legendary over the years. Some people even say that these ghosts still walk among us today. There are many different stories and legends about the ghosts, but no one really knows if any of it is true. One legend tells the story of Anne Boleyn, one of the wives of King Henry VIII. She was executed at the tower in 1536 after being accused of treason. Some say that her ghost still haunts the place where she died. Others say that her spirit wanders around the tower searching for her lost head, which was never found after her execution.

Things to Know about the Tower Of London There are many reasons why the Tower of London is so popular. First and foremost, it is an incredibly important historical site. It has been used for many different purposes, including as a royal palace, a prison, and even as an execution site. This makes it the perfect place to learn about English history.

8. The Tower of London has been a UNESCO World Heritage Site since 1988 and is currently cared for by Historic England.

9. Every year, over 2 million people visit the Tower of London to learn more about its fascinating history and to enjoy its many attractions, including the Royal Armouries Museum, the White Tower, and the Crown Jewels.

10. The current tower is actually quite different from the original castle built by William the Conqueror, having been expanded and renovated several times over the centuries by various monarchs and governments.

11. One of the most infamous episodes in the Tower of London’s history is the ‘Bloody Tower’ incident, in which two young princes – believed to be King Edward V and his brother Richard – were allegedly murdered by their uncle, King Richard III.

12. Another popular attraction at the Tower of London is the Tower Ravens. Legend has it that if the ravens ever leave the tower, it will fall – so they are now closely guarded by the Yeoman Warders to ensure their safety!

The tower has stood as a symbol of power and authority for centuries, and it continues to draw visitors from around the world today. Whether you’re interested in history or just enjoy exploring amazing buildings, the Tower of London is one place you shouldn’t miss.