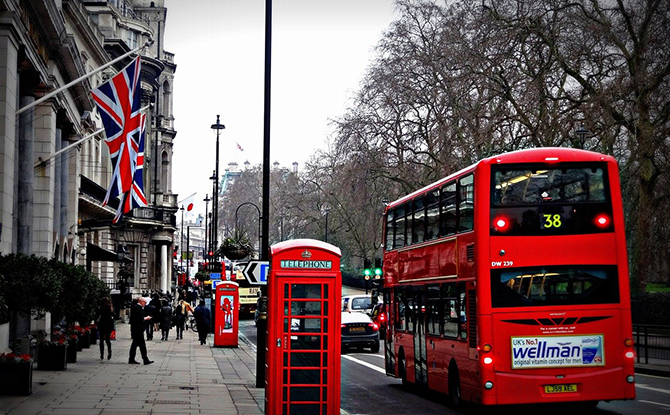 London, the bustling capital of England, is a city known for its rich history and iconic sights. Whether you’re interested in exploring the city’s famous museums or strolling through its beautiful parks, there are endless things to see and do in London.

London is one of the oldest cities in the world, with a history stretching back thousands of years. Its position as a major global center for finance, culture, and politics has made it an important destination for people from around the world and has helped shape its fascinating history.

Interesting Facts about London, England: The Capital of the UK 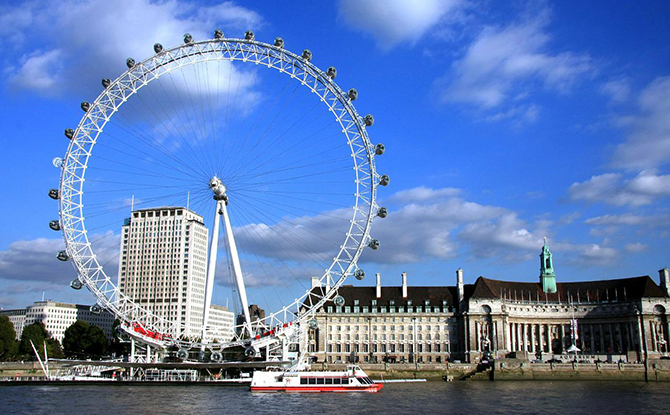 Here are just a few interesting facts about this iconic city:

1. London was founded by the Romans nearly 2,000 years ago, making it one of the oldest cities in Europe.

2. Today, London is home to more than 8 million people and is one of the most diverse cities on the planet. It is a major center for finance, culture, media, and education, attracting visitors from all over the world.

3. Some of London’s most famous landmarks include Big Ben, Buckingham Palace, Tower Bridge, and the London Eye.

4. London is also home to a number of world-renowned museums, such as the British Museum, Tate Modern, and the Natural History Museum.

5. If you’re interested in theatre, you’ll be spoiled for choice in London as it is home to more than 50 theatres! You can catch a traditional West End musical or play, or see an avant-garde performance at one of the city’s many fringe theatres.

6. London has a long and rich history that can be explored through its many monuments and buildings. Some of the most popular tourist attractions include Westminster Abbey, St Paul’s Cathedral, and the Tower of London.

7. London is also a great place to enjoy the outdoors, with numerous parks and green spaces providing a welcome respite from the hustle and bustle of city life. Some of the most popular parks include Hyde Park, St James’s Park, and Regent’s Park.

8. Whether you’re looking for world-class shopping or delicious food, London has something for everyone! With its many markets, high-end boutiques, and trendy restaurants and cafes, there are endless things to do in this vibrant city.

9. The original inhabitants of what is now London were hunter-gatherers who lived along the Thames River during prehistoric times. These ancient communities gradually transitioned over time into settled farmers and eventually into large settlements known as “oppida” by the Iron Age.

10. By 43 AD, the Romans had established Londinium on the site of modern-day London. This small settlement quickly grew in importance, becoming the largest city in Britain by the 2nd century. 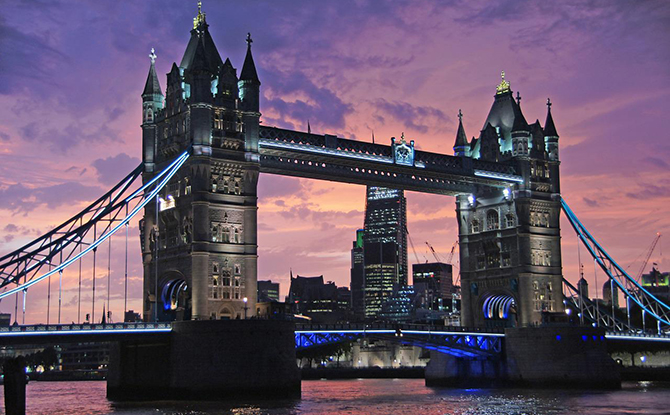 11. Christianity began to take hold in London from the 3rd century onwards and by the 4th century, there were several large churches in the city.

12. The Romans abandoned London in 410 AD but it was re-established soon afterwards by the Anglo-Saxons who named it Lundenwic.

13. Viking raiders attacked London numerous times during the 9th century, culminating in their successful conquest of the city in 886 AD. They renamed it “Jorvik” and ruled over it for the next two centuries.

14. After the Norman Conquest of 1066, William the Conqueror constructed a series of protective walls around London, known as the “White Tower” or “Great Tower.” These fortifications still stand today and are now one of London’s most iconic landmarks.

15. By the 12th century, London had become a leading center for commerce and trade in Europe and was an important destination on several major international routes. Its position as a hub of global commerce ensured that it continued to grow in size and importance throughout the Middle Ages and into more modern times.

16. Throughout its long history, London has been subject to numerous periods of great wealth, growth, decline, destruction, rebuilding and innovation. All these changes have helped shape its present-day identity as one of the most cosmopolitan and exciting cities in the world.

17. The Great Fire of London in 1666 was one of the worst disasters in the city’s history, destroying large swathes of the medieval city and leaving tens of thousands of people homeless.

18. Despite this setback, London quickly recovered and went on to become even greater than before. This period also saw some major changes to the cityscape, including the construction of several iconic buildings such as St Paul’s Cathedral and Buckingham Palace.

19. London emerged as a global leader during the Industrial Revolution of the late 18th and early 19th centuries. This period saw a massive increase in population as people flocked to the city in search of work and prosperity.

20. During World War II, London was one of the main targets of Germany’s “Blitzkrieg” bombing campaign. Tens of thousands of people lost their lives in a series of horrific air raids that lasted for several years. Despite this massive loss of life and destruction, London emerged from the war even stronger than before and remains one of the world’s leading cities today.

21. Since World War II ended in 1945, London has continued to grow as a city both physically and culturally, becoming home to millions of new residents from all over the world. It is now a major destination for tourists from all over the globe who come to experience its unique blend of history, culture and contemporary life. 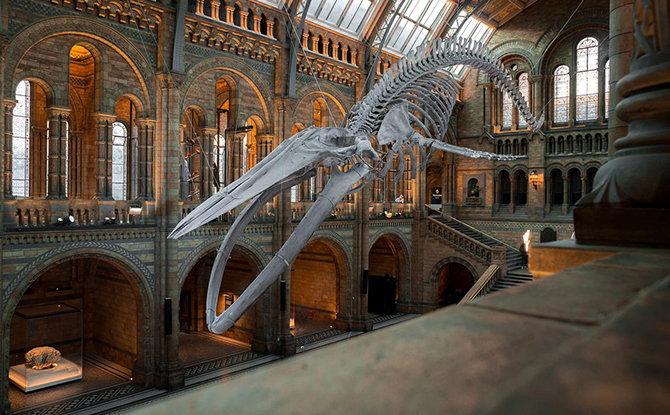 22. London is one of the most diverse cities in the world, with a melting pot of people from every corner of the globe living side by side in harmony. It is this diversity that has helped make it such a great place to live and work, attracting people from all walks of life who are drawn to its vibrant energy and opportunities for growth.

23. Many important historical events have taken place in London over the years, including major political changes such as the Glorious Revolution, two World Wars and several major terrorist attacks. However, despite these frequent setbacks, London has always risen like a phoenix from the flames to become even stronger than before. This resilience speaks volumes about its indomitable spirit and unwavering commitment to progress.

24. London is a city steeped in history and culture, both of which are still very much alive today. Its resident population of around 8 million is complemented by millions more tourists who flock to the city every year, keen to experience its unique blend of old and new worlds and get a taste of its diverse charms. Whatever your interests may be, there’s always something new to learn about London – so why not go out there and explore it for yourself?

25. Of course, we can’t talk about the rich history of London without mentioning Shakespeare! The great playwright spent much of his life living in and writing about this magnificent city, immortalising countless historical figures and events in his works. His impact on the city’s cultural landscape is still very much felt today and his plays continue to inspire millions of people worldwide.

26. London has had a huge influence on modern music as well, with many important bands and musicians having called it home at some point or other. Its lively music culture can be seen in the variety of famous concert venues scattered through out its streets, from intimate jazz clubs to legendary stadiums that have hosted thousands of concerts over the years.

27. London has also been an international leader in fashion for centuries, with hundreds of luxury boutiques – both high-end and affordable – lining its streets alongside quirky independent stores and market stalls selling handmade products from all over the world. Whatever you’re looking for, you’re sure to find it in London!

28. London’s west end theatre district is one of the largest and most famous in the world, with dozens of iconic theatres like Covent Garden and the Theatre Royal Drury Lane.

29. The west end attracts millions of theatre-goers every year, drawn in by some of the biggest stars in Hollywood and Broadway as well as homegrown talent.

30. The west end is also home to a number of important musical theatres, including the world-famous London Palladium.

31. Many of Britain’s most popular and well-loved musicals have their origins in the west end, including Les Misérables, Phantom of the Opera and The Lion King.

32. The west end is not just about theatre though – it is also a major shopping destination, with a number of high-end stores and department stores lining its streets.

33. The area is also home to a number of iconic landmarks, including Piccadilly Circus and Trafalgar Square.

34. If you want to experience the theatre in style, many of the top shows offer VIP services including exclusive restaurants and bars, premier seating and a wide range of perks for your money.

35. There are also plenty of off-West End theatres offering more cutting-edge productions at great prices – if you’re willing to do a little research you can find some real gems.

36. The west end is well-connected, with a number of tube stations and bus routes servicing the area – making it easy to get around even if you’re not based in central London.

50+ Interesting Facts About France For Kids