Bukit Batok has many hillocks and you can now scale one of them at the newly opened Bukit Batok Neighbourhood Park along Bukit Batok Central road, also known as Fuji Hill, has a fun children’s playground, elevated boardwalks and a summit viewing platform. There are two play areas at the Bukit Batok Neighbourhood Park playground. The first is a green play spot with a merry-go-round which younger kids can have fun playing at. Next to the first play spot is an impressive children’s playground which older kids will simply enjoy. This part of the Bukit Batok Neighbourhood Park playground has a tall climbing structure with multiple layers and two tube slides including one that stretches down the hill. 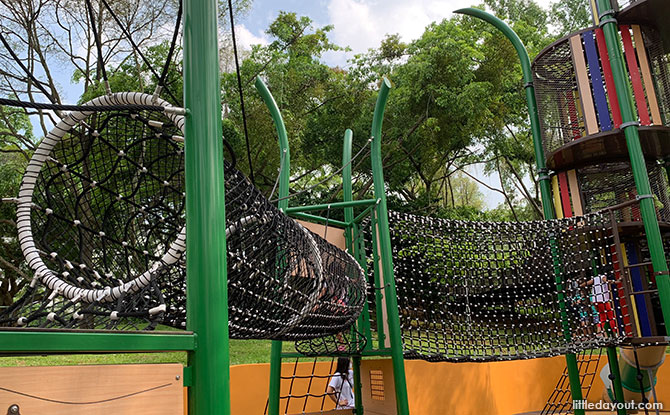 There are also low rope obstacles for kids to climb through. The playground was installed by Semec Enterprise, the company also behind the amazing Coastal PlayGrove playground.

The children’s playground is not the only attraction of the Bukit Batok Neighbourhood Park along Bukit Batok Central road. 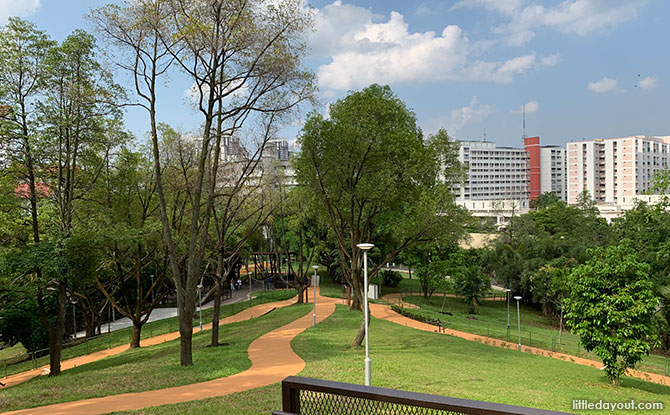 Ascending the hill is made easier by a jogging and walking footpath. It winds its way up the knoll, which is referred to as Fuji Hill. Along the path are various exercise stations. The path also leads all the way to the peak of Bukit Batok Neighbourhood Park where a summit platform awaits. 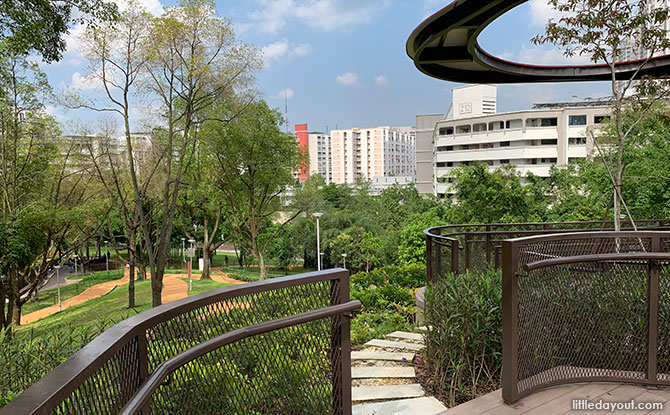 Reward yourself with the views of the surrounding neighbourhood. Another feature of the park is its elevated boardwalk which offers an easy stroll. There is also a look out platform that looks out over Bukit Batok Central road. READ: Bukit Batok Nature Park – A Walk to the Quarry