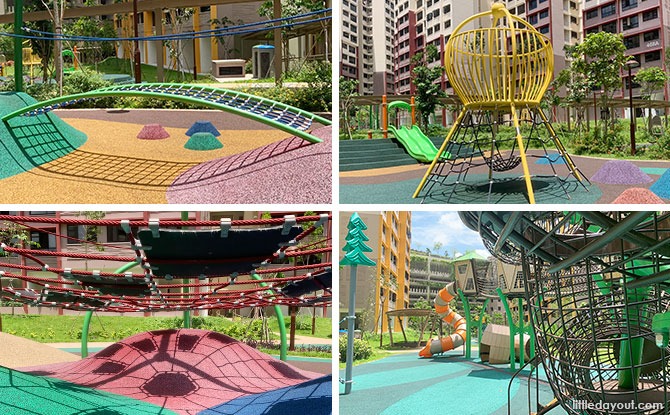 The playground in front of Block 468 West Avenue 9 was not yet opened when we last visited in January 2021. Now, it is open to welcome kids of all ages – just like the playground at Fuji Hill. 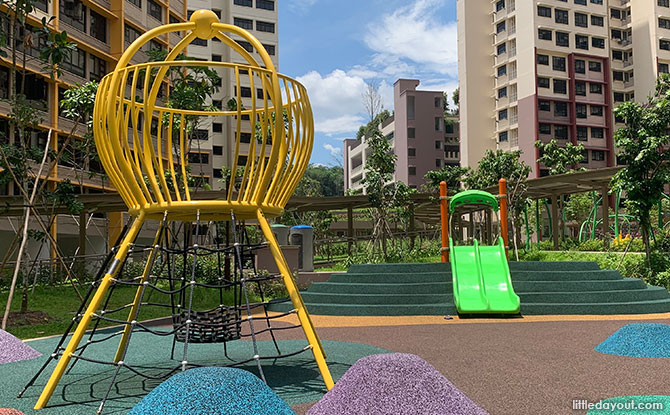 At one end of the playground, there is a bright yellow climbing structure with cargo nets leading up to the spherical crow’s nest at the top. Surrounding this play structure are colourful mounds made of soft padding which kids can climb up and down. 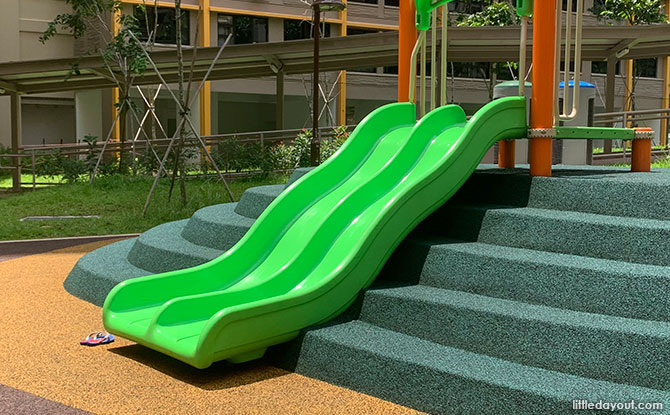 A pair of bright green slides can be found on a terraced slope nearby. 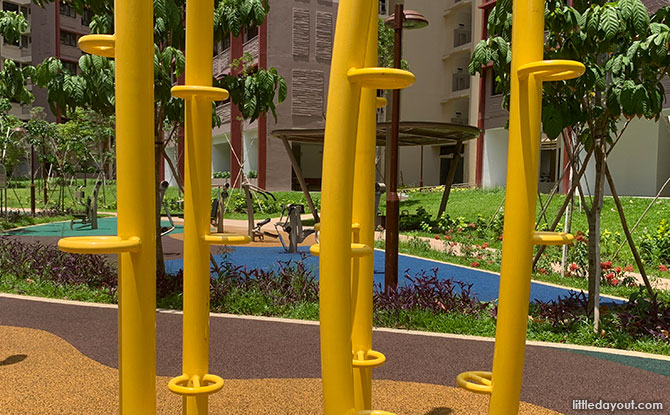 The next play area at the Bukit Batok West Plains Playground is filled with climbing obstacles for kids to tackle. A set of five yellow poles with footholds invite kids to reach for new heights. 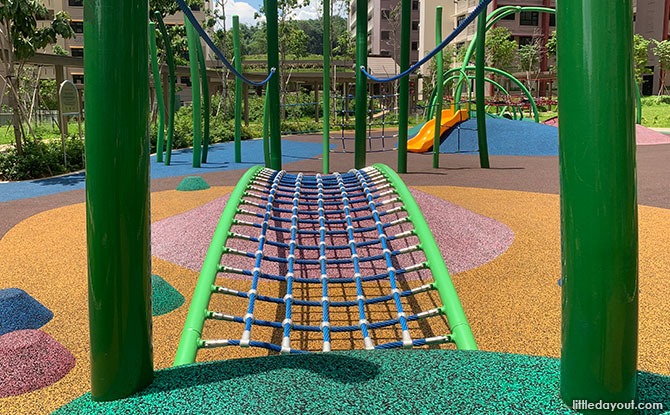 There is also a low netted bridge that kids can walk over. 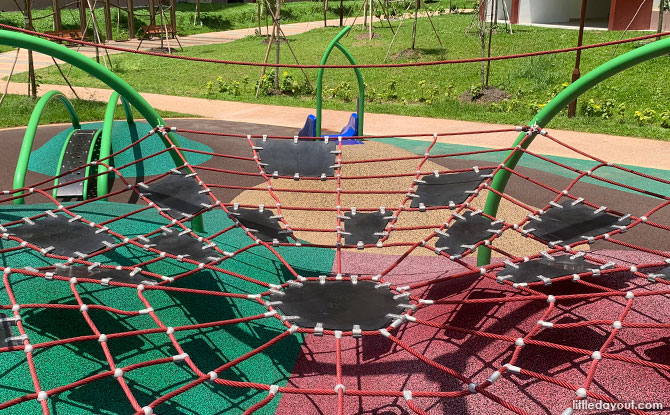 The highlight of this section of the playground is huge red spider’s web. It is something which kids can bounce on to have some fun. Luckily, there are also ropes at the perimeter of the spider’s web which kids can hold on to with their hands. 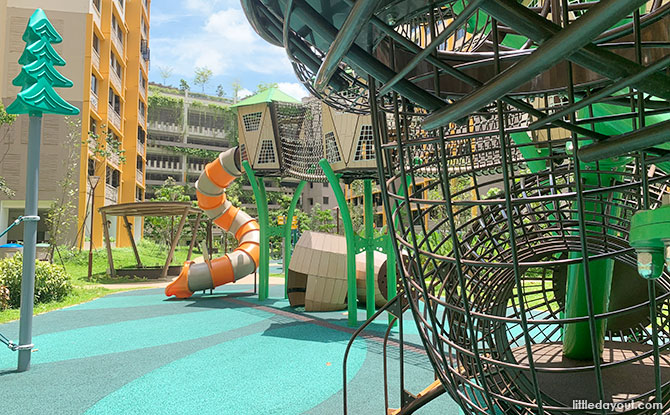 Just a stone’s throw away at Block 463 is another fun playground. This has climbing towers interconnected with netted bridges. 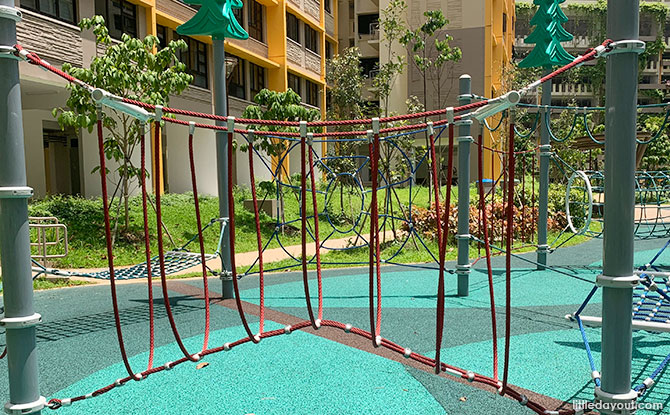 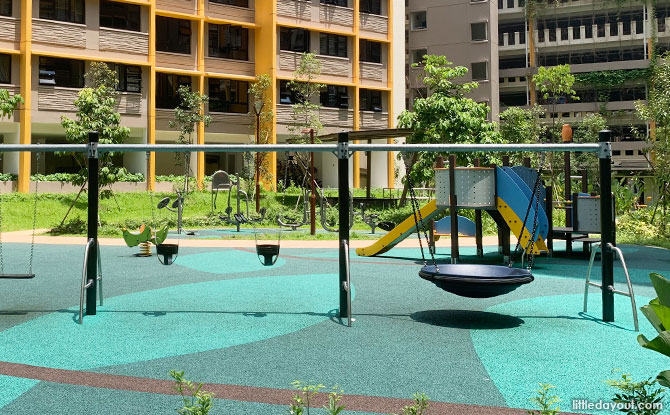 This is also where the West Plains Playground’s multiple swings can be found. Read more about this section of the playground here.

The Bukit Batok West Plains Playgrounds offer kids a place to have fun while building up their confidence. With all the new apartment blocks coming up in the area, it is sure to be a well-used play spot.