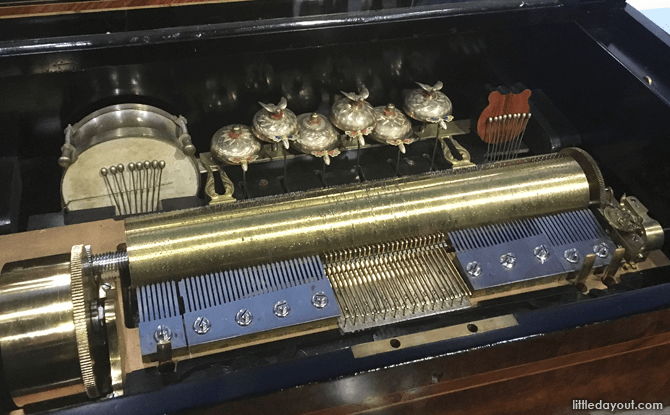 Ask many Singaporeans if they are aware of the existence of the Singapore Musical Box Museum and looks of confusion will probably follow.

Despite a museum focusing only on Musical Boxes being seemingly peculiar, little do many know of our island’s relationship with this instrument, nor the intricate craftsmanship involved to make a musical box.

Located within the Chong Wen Ge building, next to the Thian Hock Keng Temple in Telok Ayer Street, the Singapore Musical Box Museum presents a myriad of musical boxes from the personal collection of Mr Naoto Orui, Founder of the museum.

The museum aims to share the historical background of the musical boxes and how it made its way to Singapore.

We were extremely privileged to visit the Singapore Musical Box Museum on a day when Orui-san was present. This allowed us to the opportunity to hear stories from Orui-san directly, as well as the knowledgeable and engaging museum tour guides.

The Clock With No Hands 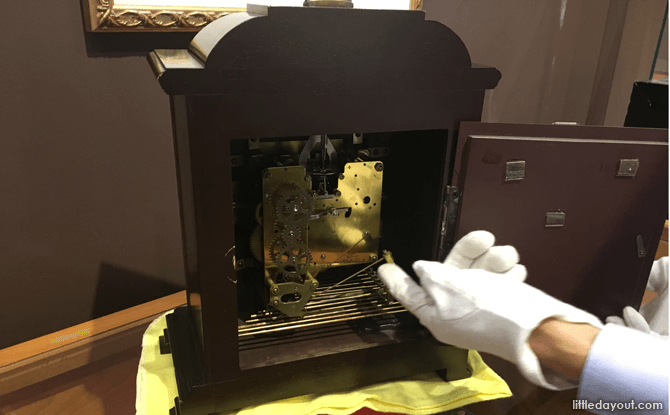 According to Orui-san, his love for musical boxes started at a young age and stemmed from a love for antique watches. He gained an appreciation of the musical box after coming across it at an antiques fair in Switzerland. The first musical box he bought was from his mentor, Graham Webb.

Later, when Orui-san was at the Raffles Hotel in Singapore for a Christmas event, he saw something that looked like a musical box. The staff referred to it a “clock without hands” as they did not know what it was.

Orui-san, recognising it as an antique musical box, managed to restore. The musical box was probably made some time between 1885 to 1888, around the same time that Raffles Hotel was built.

This incident further ignited his love for Singapore as a country and eventually led him to open the Singapore Musical Box Museum.

“I’m sorry if I say ‘We’, [when talking about Singapore],” he said with a candid smile, “I almost see myself as Singaporean.”

Musical Boxes To Look Out For 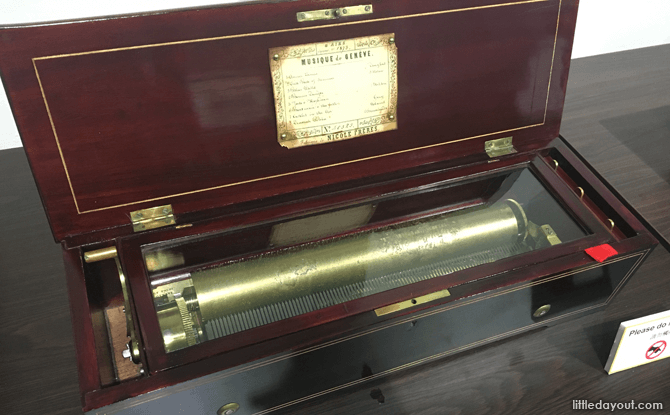 The Singapore Musical Box Museum holds a large variety of musical boxes, some of which are completely different from conventional musical boxes found on sale in stores today.

The classic musical box is the Cylinder Musical Boxes. This consists of a cylinder with raised pins and a comb, a flat piece of metal that hits the pins as it slips of them.

More complex musical boxes at the museum include the Overture Box which has a total of 183 teeth. It can play longer and more complex pieces of music. 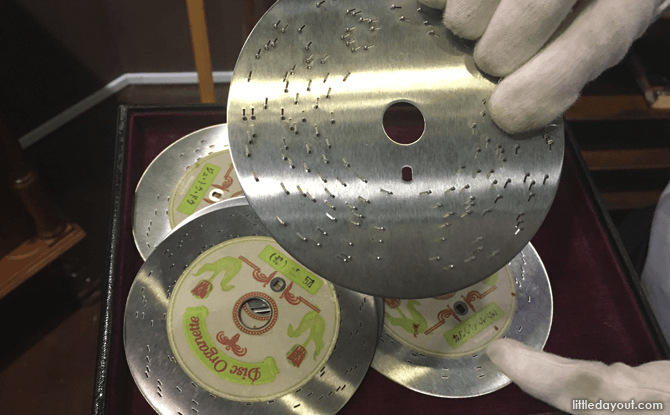 Another technological advancement came in the form of the disc musical box. This was easier and cheaper to produce, eventually overtaking the conventional musical box.

The tour guides at the Singapore Musical Box Museum do well to provide engaging explanations about the boxes and guests are allowed to listen to the beautiful music they produce after each explanation. 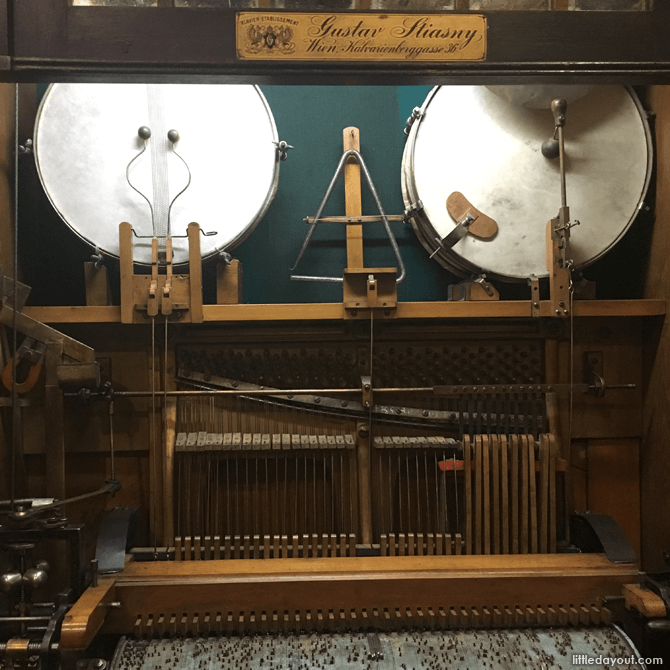 A crowd favourite at the Singapore Musical Box Museum is the Atlantic Musical Box.

This unique musical instrument not only has a cylinder that mimics the sound of a regular musical box, but drums, a triangle and a unique coin mechanism!

One interesting fact about the Atlantic is that it was supposed to be on board the ill-fated Titanic. However, due to demands for a larger musical box on the ship, it never made the voyage.

The music played by this machine has beautiful bass tones that blend harmoniously with the other instruments incorporated in the huge machine. 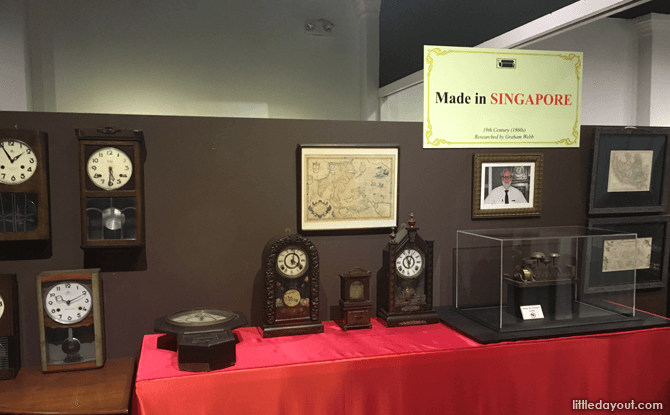 In Singapore, British craftsmen taught their local counterparts how to repair watches and clocks. It is hypothesised that these local craftsmen also helped to repair and maintain musical boxes, and eventually started making their own.

Furthermore, in those early days, goods manufactured in the East would often be considered as “Made in China”. Therefore, if you come across an early “Chinese musical box”, there is a possibility that it is a music box made in Singapore! 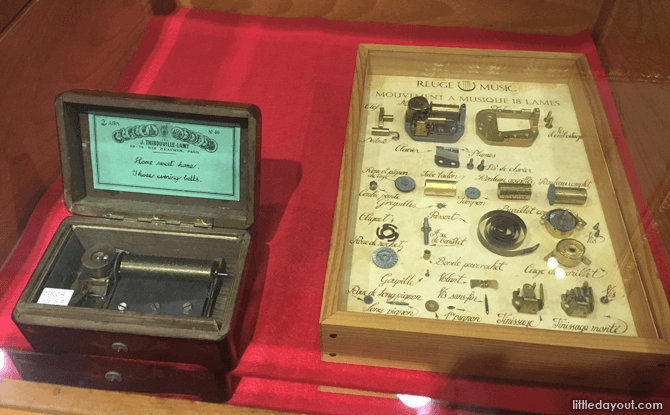 A visit to the Singapore Musical Box Museum is sure to leave you with a new-found appreciation and interest in the history and craftsmanship of the musical box.

Just like a concert performance, pictures and videos do no justice to the experience of hearing melodic tunes produced by musical boxes in person.

The museum staff emphasised that visitors should view musical boxes while they can as many of the boxes are antiques with irreplaceable parts. This means that once a box’s mechanism wears out, it may no longer be playable.

The Singapore Musical Box Museum is built with much passion, heart and sincerity. It is an experience that is highly recommended.

Be sure to check for tour booking details on their website. Families and children will benefit from this very interesting tour. For a busy society surrounded by technology, perhaps a much-needed break to slow down and unplug can be found amidst the comforting sounds of musical boxes. 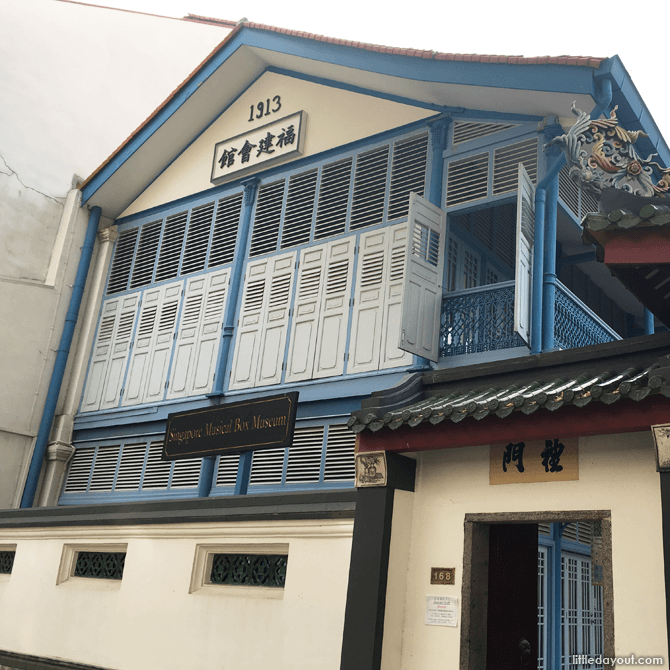 READ: The Vintage Camera Museum – A Snapshot in Time