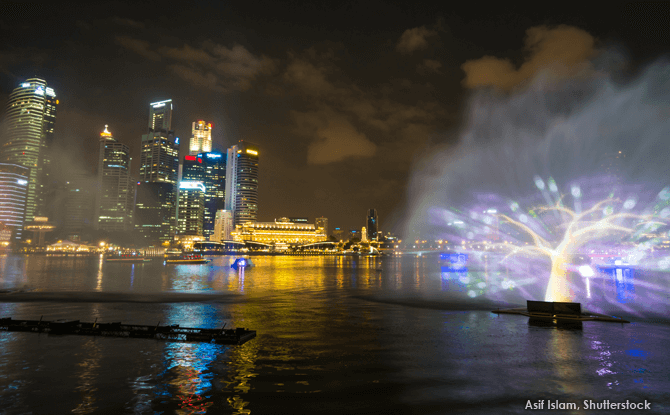 After six years and having been seen by an estimated 4.2 million people, Marina Bay Sands’ water and light show, Wonder Full, closes on 2 April 2017. Its last show will take place at 11 pm on that evening.

A new water and light show will take its place, with details to be announced at a later date.

The free 13-minute light spectacle makes use of a combination of water fountains that reach up to 20 metres high, visual projections against water-screens and lasers. Its six high-powered lasers can seen up to 55 km away.

It features Louis Armstrong’s famous song, What a Wonderful World alongside an original score.

Through its visuals, it tells the universal story of the journey of life and incorporates local elements.