Home Nature Islands Kusu Island: 8 Things To See And Do On The Tortoise Island 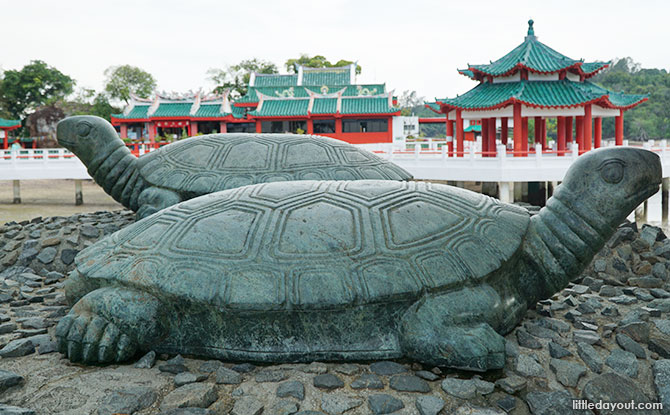 Part of the Southern Islands off mainland Singapore, Kusu Island is a place of myth and legend. Many wonder what there is to do on Kusu Island – after all there are so many interesting stories behind the island.

Interesting Things to Do on Kusu Island Records of Kusu Island date back to as early as the 17th century. It became known after the Spanish governor of the Philippines was believed to have run aground at a reef it in 1616. The island was then known as Governor’s Island.

The island was also known as Pulau Tembakul or Peak Island, probably because its hillock in the north of the island.. In the past, it has been used as a burial site for immigrants who died while in quarantine on St. John’s Island (which is barely a stone’s throw away) and Lazarus Island. 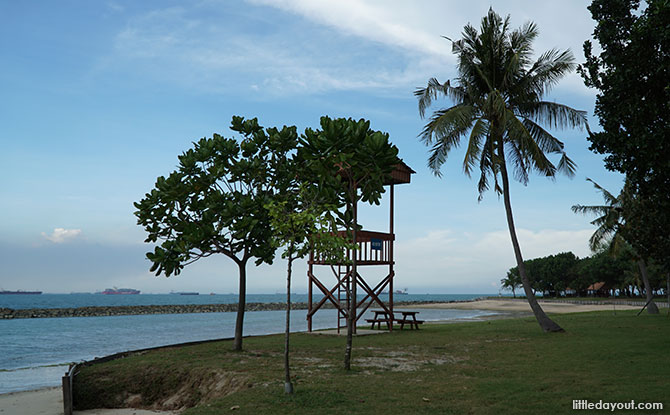 The island is not very large and it is easy to take a walk around it in under twenty minutes, even at a tortoise’s pace. It is said that it used to look like a tortoise with head and flippers (hence its reputation) but reclamation works have left it looking more like an oval.

According to legend, sailors faced with perilous seas were saved from calamity when a large turtle turned itself into Kusu island. Today, the trip to Kusu Island is much calmer and can be made by ferry.

1. Pay a visit to the Chinese Temple Kusu Island is home to a Chinese temple and three Malay shrines. The Chinese temple was built in 1923 (nearly 100 years old) and attracts boatloads of pilgrims each year during the eleventh month of the lunar calendar. This makes the temple visit one of the top reasons for people to visit Kusu Island.

2. Pause at the Wishing Well In front of the Chinese Temple is the Turtle Lagoon. Bridges lead out over the lagoon to the temple. At the centre of the bridges is a pavilion with a wishing well.

3. Climb the Stairs to the Kusu Keramats The Malay shrines or keramats are located at the top of 152 steps at a hillock on Kusu Island. The keramats were built for three members of a pious family – Syed Abdul Rahman, his mother Nenek Ghalib and his sister Puteri Fatimah.

4. Stop by the Tortoise Sanctuary With its strong links to tortoises, it should not come as a surprise that there is a small tortoise sanctuary at Kusu Island. 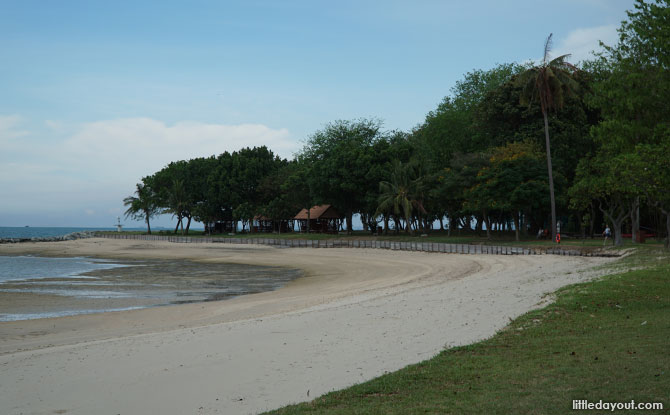 Families with kids can bring along sand toys and enjoy the beaches at Kusu Island. There are two beaches, one on the north side and the other on the south. From the north beach, you can look out to the skyline of Singapore in the distance. At the beach, you may even be able to spot coral reefs and the reef animals like fishes and crabs. Around the beaches, there are lagoons which you can go for a dip. Public toilets and outdoor showers are located at the north-eastern side of Kusu Island.

7. Take a Picture with the Tortoise Statues

A pair of stone Tortoises stand in front of the Turtle Lagoon. It is a popular photo spot and an essential thing to do at Kusu Island. There are plenty of picnic tables all around the island. Pack your own basket and settle down to enjoy the cool breeze, swaying coconut trees and island life on Kusu Island. Be sure to bring your own food as there is none for sale on the island.

Do You Need a Passport to Go To Kusu Island?

No passport is required to head to Kusu Island – after all, it is still a part of Singapore! Just board a ferry from the Marina South Pier. Two ferry companies, Island Cruise and Marina South Ferries, make the trip out to Kusu Island. For most of the year, the ferries stop at Kusu Island as part of the circuit around the Southern Island, which includes St John’s Island.

READ: What to See and Do at St John’s Island