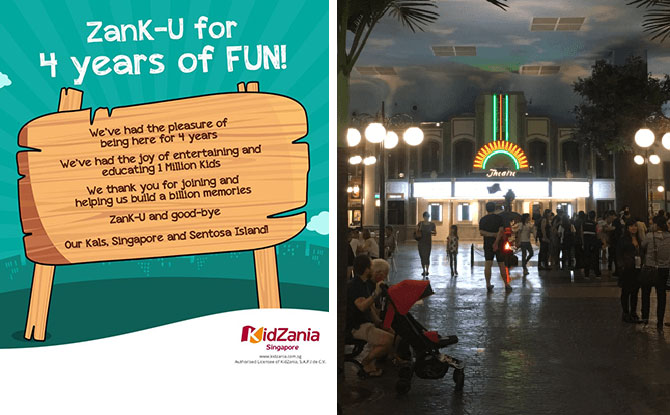 KidZania Singapore has issued post on its social media channels that it will not be reopening the doors to the kid-sized City after the lifting of the Circuit Breaker measures. Instead, it is “ZanK-U and good-bye”, closing down for good after four years at Sentosa.

In a post on Facebook on the evening of 16 June 2020, KidZania Singapore said, “We’ve had the pleasure of being here for 4 years. We’ve had the joy of entertaining and educating 1 Million Kids. We thank you for joining and helping us build a billion memories. ZanK-U and goodbye”

KidZania Singapore is located in a dedicated building, Palawan Kidz City, at Sentosa’s Palawan Beach. Inside, the edutainment centre features a kid-sized version of a metropolis where kids can get jobs at the establishments around the City.

These jobs include being a pilot, fireman, doctor, chef and driving instructor and provide kids with learning opportunities as they step into the shoes of each occupation. Upon completing the job, kids receive KidZos, the KidZanian version of money.

A City for Kids

The concept for KidZania first originated in Mexico and has expanded to more than 25 facilities around the world, including London, Bangkok and Tokyo.

When it first opened in April 2016, KidZania Singapore it was amongst the few facilities which had a stadium and an airplane fuselage as part of the City, as well as being located in a stand-alone building. Most other KidZanias are located within shopping malls. 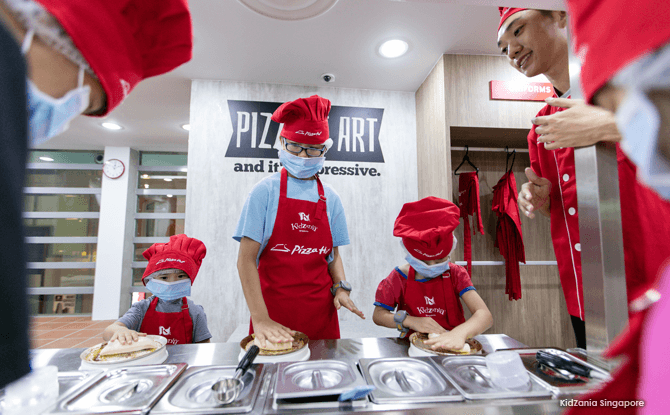 Others expressed their thanks to KidZania Singapore staff for making their visits memorable over the years.

One of the questions that people raised was about KidZos which had been saved up from past visits and whether they could still be redeemed.

While, at this time of writing, KidZania Singapore has yet to respond to these queries on its social media channels, it says to email any queries to share@kidzania.com.sg.

ZanK U for the memories, KidZania Singapore!