Home Learn Kampong Glam with Kids – 5 Things to See and Do at... 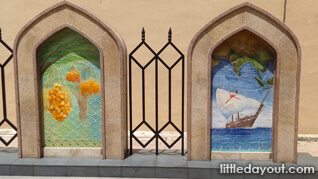 Kampong Glam is one of the most vibrant and culturally rich areas in Singapore. With narrow walkways and roads chockablock with traffic, it may not naturally come to mind as a place to bring the kids. However, a visit to Kampong Glam with kids can be an interesting and engaging experience.

Here are five spots you can visiting when visiting Kampong Glam with kids to experience the sights and sounds of this historic neighbourhood.

Known for its cloth and carpet merchants, Arab Street is full of colour and character. Along its five-foot walkways, kids will be taken back to old world Singapore, away from modern, sterile shopping centres. Keep them engaged by setting them some tasks to do, such as picking out a new piece of cloth to make a dress for their favourite doll, looking for colourful beads or helping to choose a woven basket for family picnics. 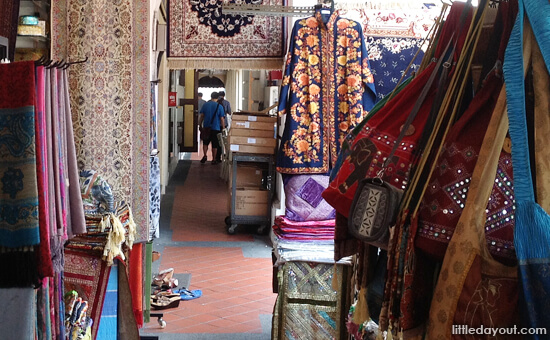 One of the most important mosques in Singapore, its spectacular golden-yellow domes dominates the Bussorah Street Pedestrian Mall and the side roads leading in from Arab Street and Muscat Street. A mosque was first built here between 1824 and 1826 by Sultan Hussain who wanted one near his close-by residence. The existing mosque was commissioned in 1924 and built in phases. When visiting Kampong Glam with kids, get them to spot the domes, minarets and balustrades that have been incorporated into its architecture. 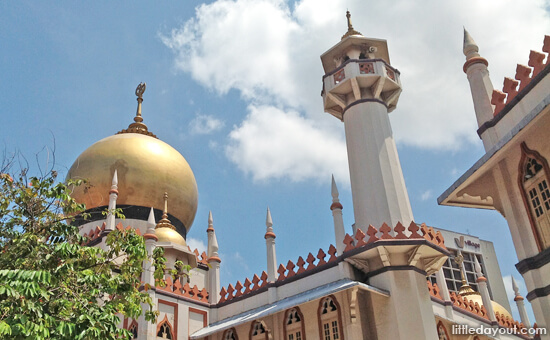 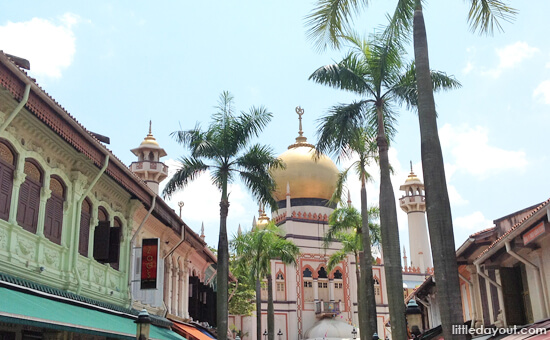 A wonderful treasure trove of playthings from a bygone era, the privately-operated Children Little Museum takes kids back to a time before Xboxes and iPads. You can re-discover schoolyard games such as chaptehs and marbles with your kids and even take home a kampong games set for the bargain price of $2.00 at this small museum on the second floor of an old shophouse. There is even an old-time barber station and wooden drinks stall inside the museum. With an admission price of $2.00, it is a great way for kids to get acquainted with their heritage. 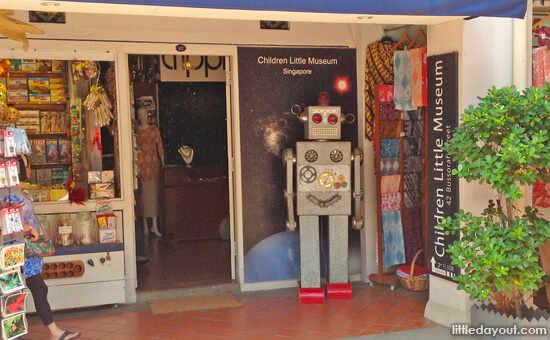 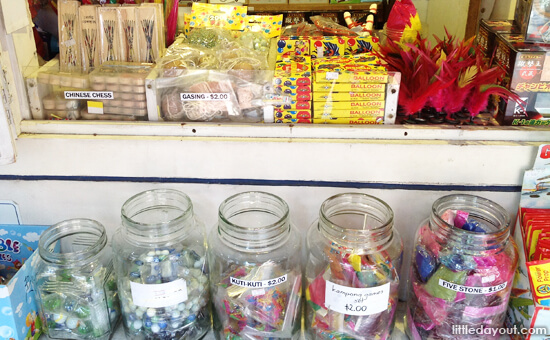 Known as Istana Kampong Gelam up until 1999, the building occupied by the Malay Heritage Centre used to be the palace of Malay royalty in Singapore. Escape the heat by stepping inside the air-conditioned, two-storey building where you can find out about the history and culture of Singapore’s Malays. Upstairs, discover the seafaring traditions of the Malays and learn about Singapore’s first President Yusof bin Ishak. The downstairs galleries holds something which school children would be familiar with, the original manuscript of Majulah Singapura by Zubir Said. Admission to the Malay Heritage Centre is free for Singapore Citizens and Permanent Residents. A great stop when at Kampong Glam with kids. 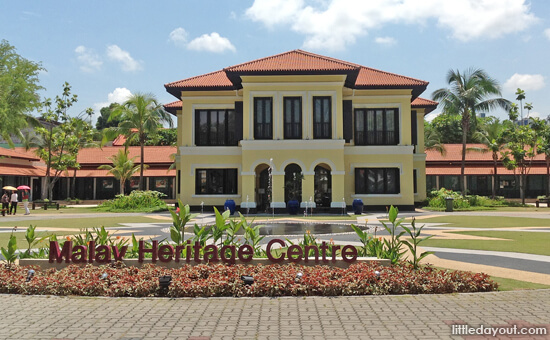 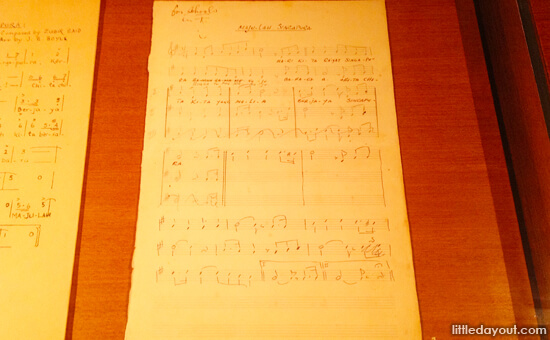 If you are looking for a place to grab a bite at Kampong Glam with kids, head over to EatPlayLove Café at 28 Aliwal Street. Next door to the former Art Deco-style Chung Cheng High School building, this ground floor restaurant serves up Thai-influenced food. But the main attraction for families is the craft corner in the restaurant where, for a fee of $5.00 for 2 hours on weekday and $10.00 for 2 hours on a weekend, parents can let the kids get creative while enjoying a cup of kopi.

How to Get There

The two nearest MRT stations are Bugis and Lavender on the East-West line. From Bugis MRT station, head towards Rochor Road or Victoria Street and you’ll spot the golden domes of Sultan Mosque. From Lavender MRT station, you will reach the Malay Heritage Centre within Kampong Glam first.