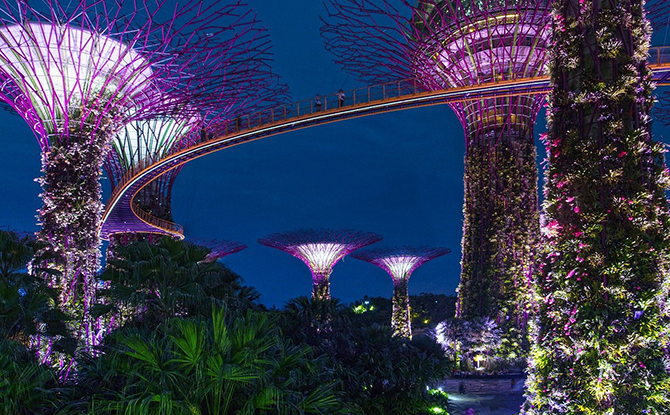 There are many reasons why Singapore is such an interesting country. For one, it is a very diverse country, with people from all over the world living and working there. This diversity makes for a very cosmopolitan atmosphere, which can be very exciting for visitors and residents alike. There are many interesting facts about Singapore for kids.

Singapore is a very modern country, with some of the best infrastructure in the world. The city-state is constantly innovating and improving, which makes it an interesting place to live and work.

Additionally, Singapore has a rich culture and history, which can be explored in its many museums and historic sites. Let’s discover some interesting facts about Singapore for kids.

50+ Interesting facts about Singapore for kids

1. Singapore is an island nation which has a rich history, dating back to the 14th century.

2. Singapore was a British colony for over 150 years, and this is evident in its architecture and culture.

3. The food in Singapore is amazing! There are hawker centres all over the city, serving up delicious local dishes at very reasonable prices.

4. Changi Airport is often voted as the best airport in the world! It’s huge, clean and has plenty of amenities to keep you entertained while you wait for your flight.

5. Sentosa is a popular island off the southern coast of Singapore which is home to attractions like Universal Studios Singapore, the S.E.A Aquarium and Tanjong Beach Club.

6. Gardens by the Bay is another must-see in Singapore. This huge park is filled with beautiful gardens, flowers and trees. It’s the perfect place to escape the hustle and bustle of the city.

7. Singapore is often referred to as the “Little Red Dot” – a reference to its size on a map.

8. The population of Singapore is made up of people from all over the world, including China, India, Malaysia and Indonesia.

9. Mandarin is one of the official languages of Singapore, alongside English, Malay and Tamil.

10. The currency of Singapore is the Singapore dollar.

11. Lee Kuan Yew was the first Prime Minister of Singapore, serving from 1959 to 1990. He is widely credited with making Singapore the successful country it is today.

12. The tallest building in Singapore is Guoco Tower, which stands at a whopping 284 metres tall!

13. Orchard Road is the main shopping street in Singapore, and is often compared to Oxford Street in London or Fifth Avenue in New York City.

14. The national flower of Singapore is the orchid. 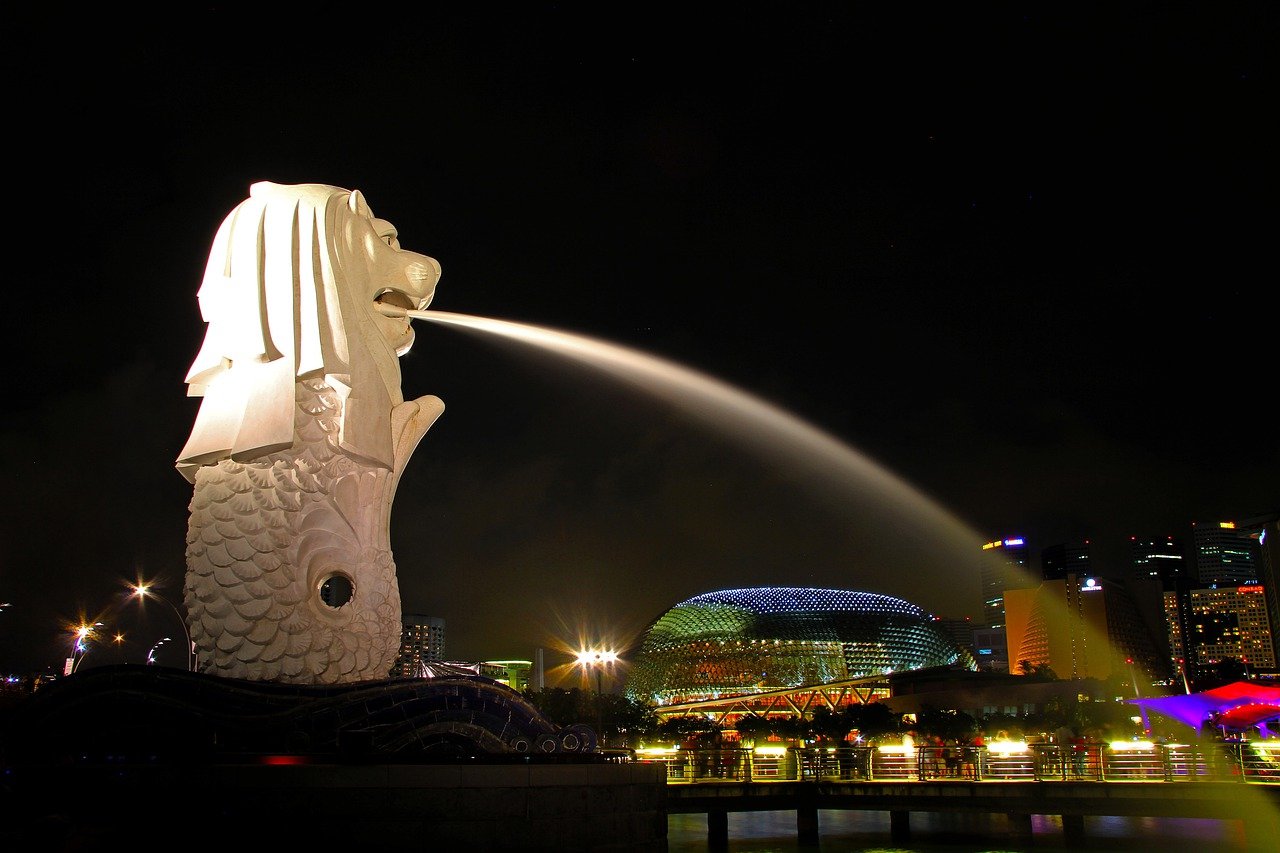 15. The iconic Merlion statue can be found at Merlion Park at Marina Bay. The Merlion is a mythical creature with the head of a lion and the body of a fish.

16. Singapore is home to the world’s first night zoo, the Night Safari.

17. The Changi Prison in Singapore was used by the Japanese during World War II to hold Allied prisoners of war.

18. The Esplanade – Theatres on the Bay is a performing arts centre located in Singapore’s Marina Bay district. It is colloquially known as “The Durian” due to its resemblance to the fruit of the same name.

19. The popular dish in Singapore is chicken rice.

20. The Singapore Sling is a popular cocktail that was invented at the Raffles Hotel in Singapore. 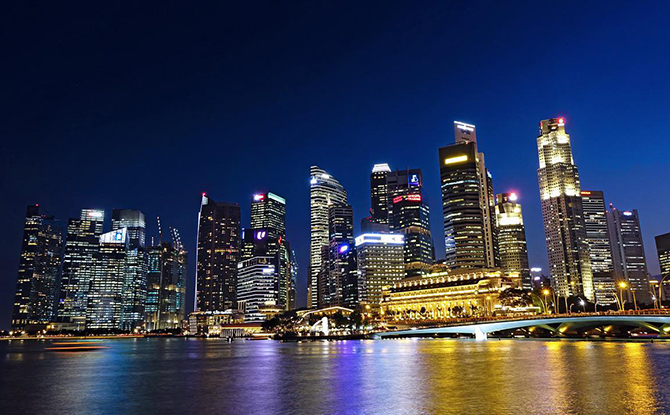 21. Singapore is located just north of the equator, which means that it has a tropical climate. The temperature is fairly consistent all year round, with an average of 31 degrees Celsius.

22. Singapore is made up of 63 islands, including the main island of Pulau Ujong.

23. The highest point in Singapore is Bukit Timah Hill, which stands at 166 metres tall.

24. There are more than 50 nature reserves and parks in Singapore.

25. The Singapore Botanic Gardens is a UNESCO World Heritage Site. The park was founded in 1859 and is the oldest botanic garden in Asia.

26. Singapore is home to one of the world’s largest fountains, the Fountain of Wealth. The fountain is located at Suntec City and shoots water up to 30 metres into the air.

27. The Singapore Flyer is the tallest Ferris wheel in the world, standing at a height of 165 metres.

28. The S.E.A Aquarium is a large aquarium, with more than 100,000 marine animals on display. The aquarium is located on Sentosa Island and is home to more than 800 different species of fish. 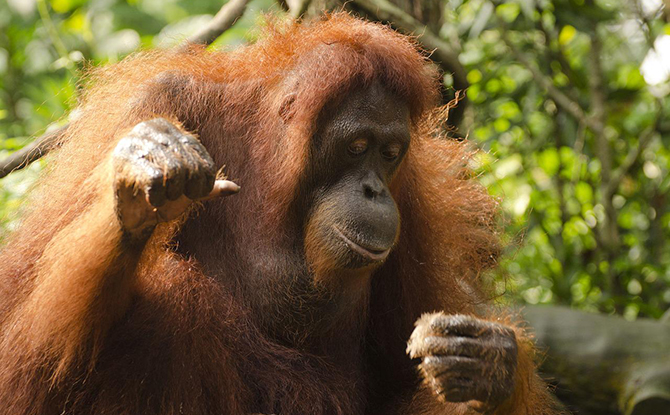 29. The Singapore Zoo is home to the world’s first free-ranging orangutan habitat.

30. Sentosa is also home to Fort Siloso, the only fort in Singapore that has been preserved as a historical site. 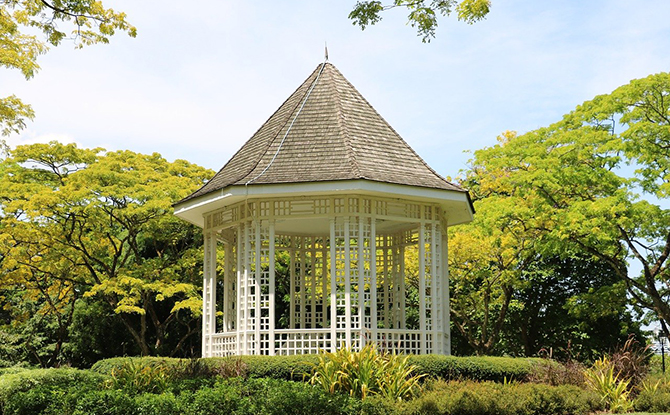 31. The Pulau Ubin island is located off the coast of mainland Singapore and is home to several old kampungs (villages). The island is accessible by boat from Changi Point Ferry Terminal and is a popular destination for nature lovers and birdwatchers.

32. Pulau Hantu is a small island located south of Sentosa Island. The island is uninhabited but is popular among scuba divers and snorkellers. Hantu means ghost in Malay.

33. Sisters’ Islands are two small islands located south of Singapore. Myth has it that two sisters were transformed into the islands.

34. Pulau Tekong is the largest of Singapore’s offshore islands and is home to a military base.

35. Lazarus Island is one of the Southern Islands in Singapore and is popular among picnickers and nature lovers.

36. Pulau Ubin is the last of Singapore’s offshore islands and is home to several kampungs (villages). The island is accessible by taking a bumboat from Changi Point Ferry Terminal.

37. The Singapore River is located in the central part of Singapore and is home to several popular landmarks, including Boat Quay, Clarke Quay, and Robertson Quay.

38. The Kallang River is located in the central part of Singapore and flows through the Sports Hub and Marina Bay.

39. Sungei Buloh Wetland Reserve is located in the north-western part of Singapore and is a popular destination for birdwatchers.

40. Coney Island Park is located in the north-eastern part of Singapore and is a popular spot for picnics and barbecues.

41. Pulau Semakau is an offshore island located south of mainland Singapore. The island houses a landfill and is also a popular spot for fishing, birdwatching, and camping.

42. Bukit Timah Nature Reserve is located in the central part of Singapore and is home to more than 500 species of plants and animals.

43. Marina Bay Sands is a hotel, casino, and shopping mall complex located in Singapore’s Marina Bay district. The complex includes three 55-storey towers, which are connected by a skybridge.

44. The Singapore Sports Hub is a multi-purpose sports and entertainment complex located in Singapore’s Kallang district. The complex includes a stadium, an aquatics centre, and a sports hall.

45. The country has a highly developed free-market economy, and is one of the world’s wealthiest nations per capita.

46. Singapore is home to many multinational corporations, and is a major financial center in Asia.

47. The country’s main exports are electronics, pharmaceuticals, and petroleum products.

49. The ruling party in Singapore has been in power since 1959, and holds a majority in parliament.

50. The country is known for its strict laws.

51. Singapore has a highly effective education system, and is one of the world’s leaders in math and science test scores.

52. The country is clean and orderly, and is often ranked as one of the best places to live in Asia. Singapore is an incredibly safe and clean country. It has very low crime rates and is generally very well-organised