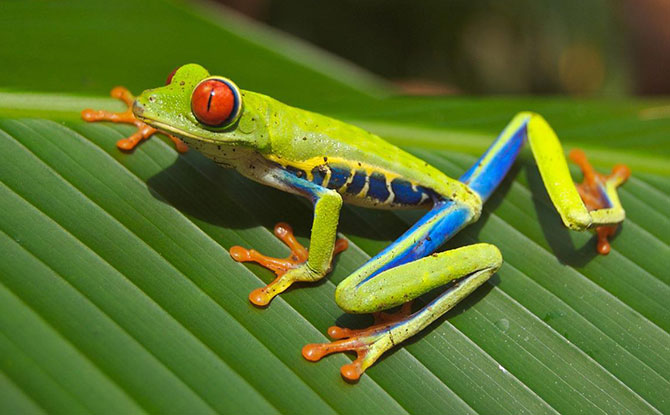 Frogs have long been a source of fascination for humans. These amphibians are have certain features that make them interesting creatures, and there are many reasons why frogs are so special. That’s why there are so many frog jokes and puns as well.

One of the most notable things about frogs is their physical appearance. Frogs come in a wide variety of shapes, sizes, and colours, which makes them one of the most diverse groups of animals on the planet. Some frogs are small enough to fit in the palm of your hand, while others can grow to be over a foot long! And while many frogs are green or brown, some species sport bright colours. This ability is something that you’d find in frog jokes too.

1. Have you heard the joke about the frog?
It’s ribbiting.

2. What happened to the frog that parked in the wrong zone?
His car was be toad.

3. What type of shoes did the frog lady like to wear?
Open-toad shoes.

4. How can you tell that a frog is angry?
When it is hopping mad.

5. What did Miss Piggy say when asked on a date?
Sorry, I’m in a Kermitted relationship.

6. What did the frog say when he found out that he had been dumped.
I wish you’d toad me earlier.

8. What do frogs do with paper?
Rip-it

9. What do you call a girl with a frog on her head?
Lily.

10. Why are frogs so happy?
Because they eat whatever bugs them.

12.Why did the tadpole feel lonely?
Because he was newt to the pond.

13. What do you call a frog spy?
A croak and dagger agent.

14. What happened when the frog’s car broke down?
He jump-started it.

15. Where does a witch’s frog sit?
On a toadstool.

17. Where do frogs get their eggs?
At the spawn shop.

18. What do you get if you cross a frog with some mist?
Kermit the Fog.

19. What kind of music do frogs like best?
Hip hop.

20. Where do toads put their hats and coats?
In the croakroom.

21. What did the bus driver say to the frog at the bus stop?
Hop on.

22. What do you get if you cross a science fiction film with a toad?
Star Warts.

23. What is a frog’s favourite sweet?
A lollihop.

24. What does a frog order at a restaurant?
French flies and a diet croak.

26. What do you call a frog hanging over your head at Christmas?
Mistletoad.

27. Why did the frog make so many mistakes at school?
It kept jumping to the wrong conclusions.

28. What do you get when you cross an alligator and a poisonous frog?
A croakadile.

29. Where did the short-sighted frog go to get his glasses?
The Hopthalmologist.

There are many reasons why frogs are such special creatures. Their physical diversity, powerful jumping ability, and keen sense of hearing all make them fascinating animals that are worth learning more about.

Frogs also have an excellent sense of hearing, which helps them avoid danger and find food. They use their long tongues to catch insects, and many species of frog can eat more than 1,000 insects in a single day!

31. What happens when you cross a frog with a dog?
A croaker spaniel.

33. What is frogs favourite soda?
Croaka-cola.

34. What did the frog wear to the beach?
Open toad sandals.

35. What do stylish frogs wear?
Jumpsuits.

36. Why did the frog have to go to the hospital?
The doctor said he needed a hopperation.

37. What is a frog’s favourite sport?
Croaket.

38. Which frog has horns?
A bull frog

40. What type of music do posh frogs listen to?
Hopera.

41. What happens when you cross a rabbit and a frog?
A bunny ribbit.

41. Why did the frog read Sherlock Holmes?
He enjoyed a good croak and dagger story.