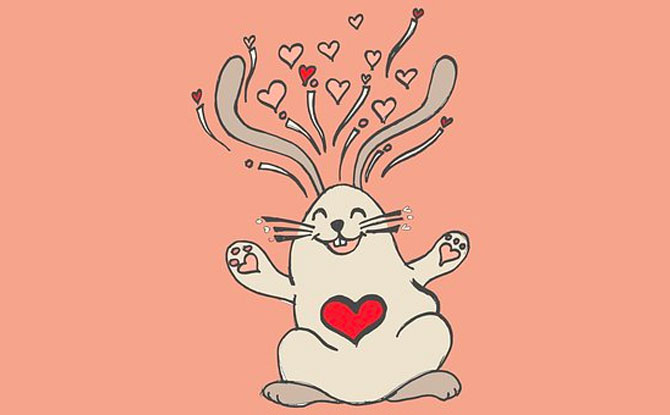 Love bunny rabbits? You’re in the right place. Here is a list of bunny jokes and one-liners that you can enjoy and share with everybun you know. These jokes are sure to be well-received at any friend or family gathering. There are also some hamster and unicorn jokes here.

65+ Rabbit Jokes For Every Bunny 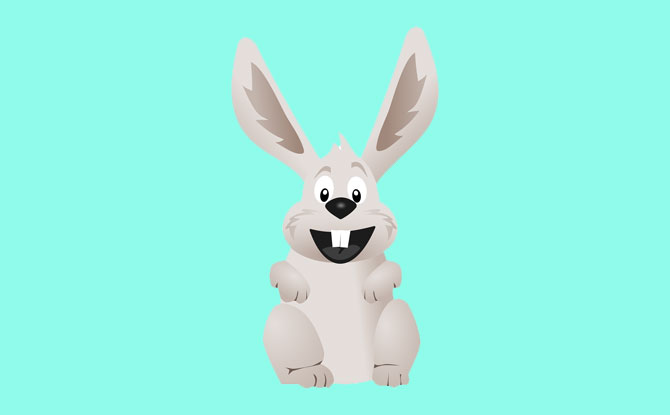 1. Why don’t rabbits get hot in the summer?
They have hare conditioning

2. What is a rabbits favourite game?
Hopscotch

3. What do you get if you cross a rabbit with an insect?
Bugs bunny

4. How does the Easter bunny stay fit?
Eggsercise and hareobics

5. Why did the bunnies go on strike?
Because they wanted better celery

6. What do you call 50 rabbits walking backwards?
A receding hare line

7. Why did the bald person tattoo rabbits on their head?
So they would have some hare

8. What type of math are rabbits the best at?
Multiplication

9. Where do rabbits go when they are feeling sick?
To the hopspital

10. What do you call a transformer bunny?
Hop-timus Prime

11. What is a rabbit’s favourite style of dance?
Hip-Hop

12. What’s the difference between a clown and an athletic rabbit?
One is a little bit funny and the other is a little fit bunny

13. What do you call a rabbit that’s raised indoors?
An in-grown hare

14. How did the rabbit know its date was cheating on it?
It found a bunch of hares in its bed

15. What did the rabbit use to propose to his girlfriend?
A 24-carrot ring

16. What do you get if you cross a frog with a rabbit?
A bunny ribbit

17. What do you call a snuggly rabbit?
Hugs Bunny

19. How do rabbits keep their fur neat?
With a hare brush

20. What happened to the naughty bunny at school?
He was eggspelled

21. What do you call a rabbit in a good mood?
A hoppy bunny

22. What do you get when you cross a rabbit with an elephant?
An animal who never forgets to eat its carrots

23. How do you know carrots are good for your eyes?
Because you never see a rabbit wearing glasses

24. What do you name a rabbit who wears a kilt?
Hopscotch.

25. Where do rabbits get their eyes checked?
At the hop-ticians

26. What did the rabbit say to his wife?
No bunny compares to you

27. Did you hear about the rabbit who refused to leave their house? They were having a bad hare day

28. What did the bunny say to the carrot?
It’s been nice gnawing you

29. Why are rabbits so lucky?
They have four rabbits feet

30. Which pair of rabbits were famous bank robbers?
Bunny and Clyde.

31. Did you hear about the rich rabbit?
He was a millionhare

32. Why did the bunny like the action movie?
It was hare-raising

33. How do rabbits travel?
By hareplane

34. What do rabbits use after a shower?
A hare dryer

35. How is a bunny rabbit like a penny?
They both have a head on one side and tails on the other

36. Why did the bunny eat the wedding ring?
Because he heard it was 18 carrots

37. Why are rabbits so tired in April?
Because they just finished a March

39. Where do rabbits learn to fly?
In the hare force

40. What kind of books do rabbits like to read?
Ones with hoppy endings

41. What would you call a angry rabbit on a hot day?
A hot cross bunny

42. What do you get when you cross rabbit with Winnie the Pooh?
A honey bunny

43. How can you tell that a rabbit is getting old?
Look for the grey hares

44. How can you tell that a bunny is getting old?
Look for the receding hare line

45. What do you call a happy rabbit?
An Hop-timist

46. How do you catch a unique rabbit?
Unique up on it

47. How is a bunny like a corn stalk?
They both have big ears

48. Where do bunny bride and grooms go after their wedding?
On bunnymoon

49. What’s the rabbit’s favorite place to go for breakfast?
Ihop

50. What happened when a thousand hares got loose in the city?
The police had to comb the area

51. Why did the bunny cross the road?
He wanted to prove he could hip hop

52. Why do rabbits love beer?
Because it’s made of hops

53. What do you say to a rabbit on its birthday?
Hoppy birthday

54. What do you call a rabbit comedian?
A funny bunny

55. Where does the Easter bunny go to dance?
The basketball

56. What did the bunny say to the duck?
You quack me up

57. How many rabbits does it take to change a light bulb?
One if it hops right to it

58. Where did the Easter Bunny learn how to ski?
The bunny hill

59. What did the magician say after the rabbit vanished?
Hare today, gone tomorrow 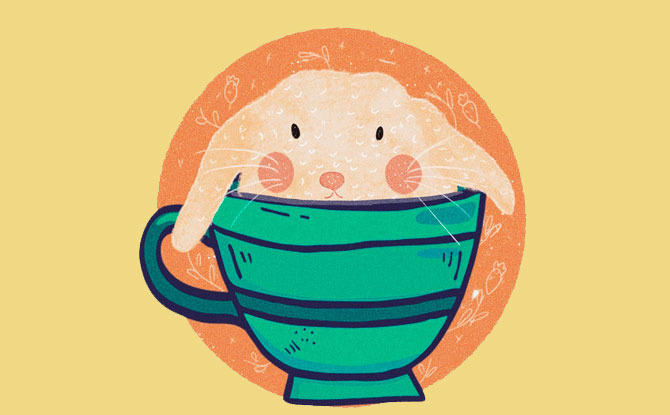 Here are some funny rabbit puns and one-liners you can bring up the next time you want to stir some giggles and laughs.

60. I bought a rabbit because everyone needs a friend who is all ears!

61. I ordered rabbit stew but had to return it. There was a hare in my soup.

63. I almost hit a rabbit on my way home last night.
Missed him by a hare.

64. A monk, priest, and rabbit walk into a blood bank…
The rabbit turns to the other two and says, “I think I’m a type-O”.

65. A boy came to a restaurant with his dad
Waiter: What would you like to order?

Dad: I’ll have the rabbit stew.

Waiter: Ok. Only if you promise not to say ”Waiter, there’s a hare in my stew” after I bring it to you

Dad: I’ll have the chicken.

66. A magician pulls rabbits out of hats. An experimental psychologist pulls habits out of rats.

68. Had a rabbit that would come by every morning. I’d leave a bit of food for him. But he stopped coming one day. Now he’s just some bunny that I used to know.