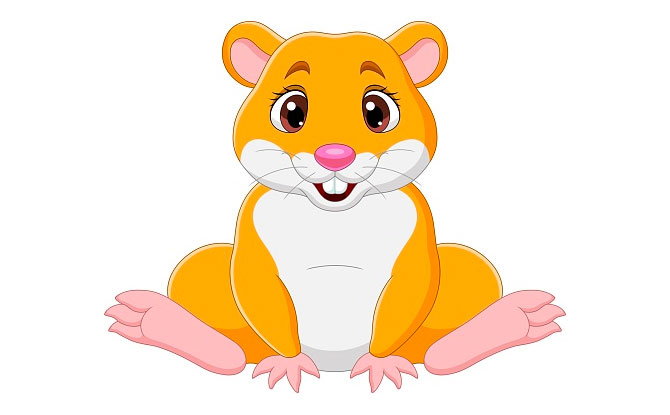 Hamsters are fun pets that bring much joy to those who own them. Here are some family-friendly hamster jokes that you can tell any hamster lover to share some laughs with. 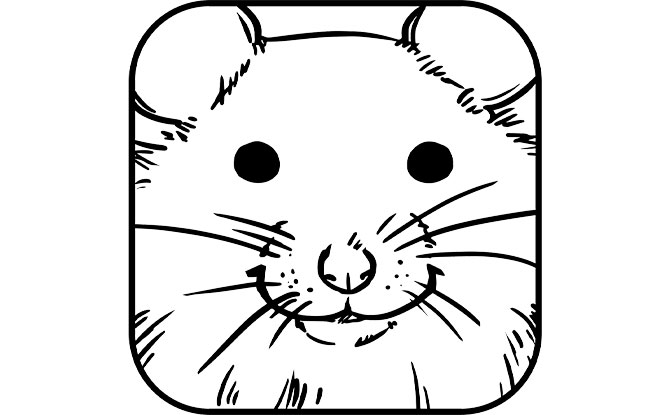 1. Where do hamsters come from?
Hamsterdam!

2. Why does the mother hamster never tells her babies a bedtime story?
She doesn’t have a tale.

3. Me: You know, since it doesn’t have a tail, I’m pretty sure it is actually a hamster.
IT: Okay sir. Please right-click your hamster, and save the file.

4. My hamster refuses to come sailing on my boat. He says it’s because he is scared of the pi-rats.

5. Why do hamsters stay inside in bad weather?
Because it’s raining cats and dogs!

6. My hamster thinks storing food in his cheeks is a funny game. He calls it hide-and-cheek.
My pet hamster snuck into my lunch bag and ate all of my carrot sticks. I can’t believe the cheek of him!

7. What do you call a hamster with a top hat?
Abrahamster Lincoln

8. Why did the hamster run away on foot?
Because he didn’t have a wheel!

9. What do you call a female hamster from the Netherlands
‘Amster Dame.

10. My friend told me they really need to go home and feed their baby hamsters. I told them that it is a terrible diet for a baby.

11. Why did the hamster quit his job?
Because he wasn’t happy with the celery they gave him.

12. When does a hamster take a bath?
Just like us – when no one’s looking!

13. Why was the hamster a road hazard
He almost fell asleep at the wheel!

14. What do you get when you cross a hamster with a polar bear?
A loss of project funding and a stern telling off from the university ethics committee

15. Where do hamsters go on holiday?
Hamsterdam!

16. A man walks into a bar and says to the bartender “Can I have a free drink if I show you something amazing?”

17. The bartender agrees so he pulls out a tiny piano, a frog and a hamster. The hamster starts playing the piano and the frog starts singing Adele. As the bartender gets him his drink a punter asks him “how much for the singing frog?” The man replies “I’ll sell him for $100 if you want?” And the punter agrees. The bartender sees this and says to the man ” WHAT?! You could have made millions off that Why’d you sell him so cheap?” And the man says “no, it’s okay… The hamsters a ventriloquist”

18. Where did the hamster deposit her pay check?
Her shavings account

19. What do we call a wireless mouse?
Hamster.

20. Why was the hamster sad?
He just didn’t have the wheel to live.

22. I was wondering why my hamster was so fat…
Then it became a parent.

23. What do you call a vegetarian hamster?
A tofuster.

24. A man in a movie theater notices what looks like a hamster sitting next to him. “Are you a hamster?” asked the man, surprised. “Yes.” “What are you doing at the movies?” The hamster replied, “Well, I liked the book.”

25. Why do hamsters eat sunflower seeds?
Because they’re hungry

26. My hamsters are all annoyed at me because they don’t like my new t-shirt. I don’t understand why they are being so pet-ty.

27. What does one hamster say before leaving work on Friday?
Have a good wheek-end!

28. What do you call a hamster in space?
An hamsteroid

29. What’s the difference between a hamster and a mouse? You cannot connect a hamster to a computer.
My hamster only has three legs because he was in an accident. Now he’s a hamputee.

30. I noticed the other day that my pet always smells like bacon. I guess it’s probably because he’s a hamster. 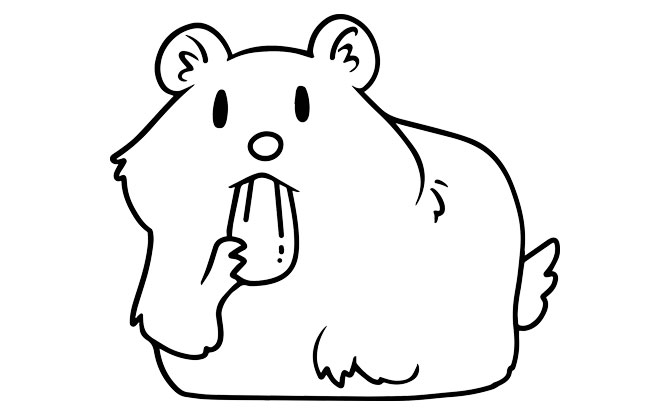 31. My hamster learns a new trick every week but he never bothers to get good at them. He’s a Jack of all trades, but a hamster of none.

32. My sister feeds the hamster, but he always pretends to me that he hasn’t been fed. He’s a total scamster.

33. If you ask a hamster who their favourite actress is, they always say the same. They love Scarlett Johamster.

34. A hamster ran in his ball for three days in a row. I was so impressed, he was seriously on a roll.

35. Did you hear about the IT Hamster? He removed cookies by eating them.