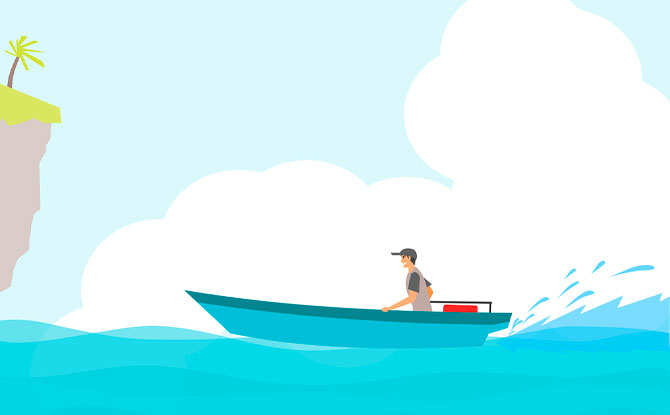 Jokes ahoy! Boating is a fun pasttime for some and for others it’s a great topic to know a bunch of jokes on. Here are a list of funny riddles, jokes, puns and stories about boats that you can tell your friends and family. 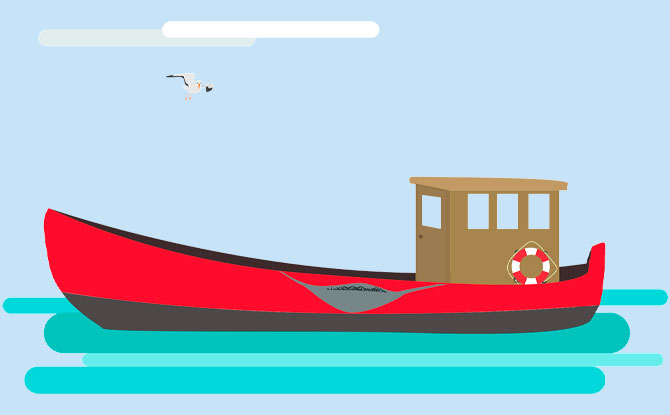 1. Where did the flying boat land?
At the air-port.

2. What kind of sale was happening at the boat store?
A two-for-one sail.

3. What causes some boats to become party boats?
Pier pressure.

4. Why did the students go on the boat?
To get their scholar-ship!

5. Why couldn’t the sailors play cards?
Because the captain was standing on the deck.

6. Have you heard about the Bluetooth iceberg?
Any ship that goes near it will sync.

7. How do you make luxury yacht charters look younger?
Boat-Tox.

8. What do you call an android that was designed specifically to move a small wooden boat around?
A row-bot.

10. What do you call the fastest sailboat in the world?
Usain Boat.

11. Three guys are on a boat and they have four cigarettes but nothing to light them with. What do they do?
They throw one cigarette off the boat and the whole boat becomes a cigarette lighter.

12. What did Gotye say after he sold his boat?
Now you’re just some boat that I used to row.

13. A dentist opened an office on a boat. What was the boat’s name?
The Tooth Ferry

14. How did the wedding on the boat go?
They had a ferry-tale ending!

15. Which type of vegetable is banned on ships?
Leeks!

17. Why was the boat on a dating app?
To find a relation-ship.

18. Why did the dolphin chase the boat?
To find its porpoise!

19. What was the name of the pirate that did not fear the tides?
Johnny Depth.

20. What is the most crowded and caring boat called?
A friend-ship.

21. Why do scuba divers fall backwards off the boat?
Because if they fell forward they’d still be on the boat.

22. What was the name of the optometrist who came on the boat?
A see captain.

23. Where do the most deadly creatures like zombies go for sailing?
To the Dead Sea.

24. What was the name of the boat filled with football players?
Sportsman-ship.

25. How to make a boat feel healthy?
Just give it some vitamin sea.

26. Which music band is not allowed to perform on a navy boat?
Maroon 5.

27. What did the water say to the boat?
Nothing. It just waved.

28. Why are boats not weirded out by another boat and their activities?
Because they respect whatever floats each other’s boats.

29. Why were the ship owners so sad about buying the new ship?
Because it coasta-plenty to them!

30 Which movie do sailors like to watch the most?
The Codfather.

31 How were the goods transported through the ship?
With the help of car-go.

32 Why are pirates so bad at learning alphabets?
Because they always get stuck at C.

33 What kind of detergent do sailors use the most?
Tide.

35 What ship is most like by all the vampires?
Blood vessel.

36. How was the sailing business going on in the boat?
The sails were going through the roof!

37. Why did the sailor fall sick after looking at his boating test score?
Because he got C-sick.

38. From where did Captain Hook buy his hook?
At a second-hand store.

39. What happened to the Spanish guy who was on a cruise ship?
He got lost at ‘Si.’

40. What music system did the sailors use the most?
A boat player!

41. Why was ‘Pirates of the Caribbean’ not allowed to play on the cruise?
Because of censor-ship!

43. What do the sailors use to clean their noses when they have a cold?
Anchor-chiefs!

44. How do sailors greet each other on the cruise?
They start waving.

45. Why did the sailor suddenly jump into the sea?
To test the water.

46. What did the boat say to the other boat?
Can I get a free pass on row-mance?”

47. Why did the laughter-ship sink very often?
Because the anchor took a break!

48. Who got a free movie ticket pass on the cruise ship?
Tom Cruise.

49. Why did the sailor fall asleep?
Because he went for snore-kling!

50. What did the boat say at the funeral?
My gondolences.

Canoe believe the number of boat jokes that you can make? Here are some funny boat puns and one-liners to tell your family and friends.

51. What is the name of the captain of a boat made of cork?
Bobby.

52. What do you call it when one boat follows another boat too closely?
Sailgating

53. How do you get fresh milk from a boat?
By pulling on its rudder.

54. What is the name of the most joyful ship?
The laughter-ship.

55. What did the sailor say when his crew was finally ready to set sail?
It’s a-boat time!

56. What did the empty boat say when he was asked why he wasn’t leaving the dock?
“I haven’t got a crew.”

57. What did the deck say to the waves that came crashing on board?
“Water you doing here!?”

58. How did they label the boxes of snails that were loaded on the barge?
S-cargo.

59. Why did the therapist ask their client to go on a cruise?
So they could seas the day

60. What do you call a pirate that skips class?
Captain Hooky!

62. What did the canal say to the cargo boat that passed through uninvited?
“You can’t just barge in like that!”

63. What happens when a boat passes near a sleeping duck?
It’s a wake.

64. Why did the Norwegian sell their boat?
They couldn’t a-fjord it!

65. Apple just announced their new electric vehicle, the iCar, coming in 2024. Rumour is they’re working on a self-driving boat as well. They’re going to call it the iAye

67. Hundreds of people lined up for the paddle sale at the boat shop. It was quite an oar deal.

68. Boating sounds like a terrible idea on paper
But it’s a thousand times better on water.

69. Did you hear about the boat full of gang members?
It was a blood vessel.

71. A red boat and a blue boat crash into each other in the ocean…
All the passengers were marooned.

72. If your boat gets sick, I know a great dock.
It’s pier-reviewed.

73. I was nervous about meeting new people on a cruise…until I realised, we are all in the same boat.

74. Did you know that you can fit any boat on your head like a hat, if you flip it over?
That makes it capsized

75. I took my laptop on the fishing boat one day when it fell in…
It was Adele, rolling in the deep.

76. I started a successful boat building business in the attic of my house.
Sails are going through the roof! 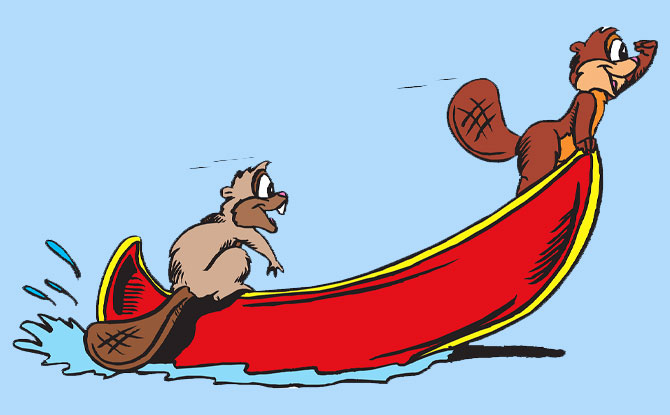 Got time for a funny story? Here are some boat-related ones that are sure to get you rolling on the deck with laughter.

77. A group of friends were on a boat in Munich when the hull was breached.

The Life Guard asked, “Ja, vat are you sinking about?”

78. A guy was on his boat fishing in a pond and caught way over the bag limit. He was heading back to the dock when the game warden stopped him and asked to check what he caught.

The warden opens the fishermen’s cooler and sees that the guy has surpassed his limit by about 20 fish. The warden tells the man he has too many fish and he is going to cite the fishermen. The fishermen says “No, you see these are my pet fish. I didn’t catch them I called them to me”. The warden doesn’t believe the guy, and so the fishermen tells the warden he will show him. The guy dumps the cooler of fish in the water. The warden waits a minute and says to the guy “ok now call the fish back”.

The man looked at the warden and said: “What fish?”

79. A man stumbles up to the only other patron in a bar and asks if he could buy him a drink.

“Why sure,” comes the reply.

The first man then asks: “Where ya from?”

The first man responds, “You don’t say, I’m from Costa Rica too! Let’s have another round to Costa Rica.”

Curious, the first man then asks: “Where in Costa Rica are ya from?”

“I can’t believe it,” says the first man. “I’m from Manzanillo too! Let’s have another drink to Manzanillo.”

Curiosity again strikes and the first man asks: “So, where did you live?”

“On a boat, at the fishin’ docks,” replies the second man.

“Dis is unbelievable!,” the first man says. “I lived on a boat at the fishin’ docks, too!”

About that time in comes one of the regulars and sits down at the bar.

“Nothing much,” replies the bartender. “Michael and his brother are getting drunk again.”