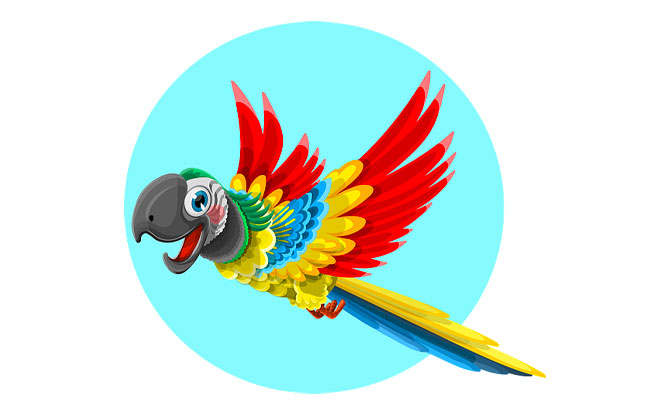 Parrots are funny and smart animals that many people love keeping as pets and company. Many parrots can talk, imitate sounds, and make weird noises. Here are some funny parrot jokes that you can share with friends and family.

40+ Parrot Jokes To Tickle To Make You Squawk With Laughter 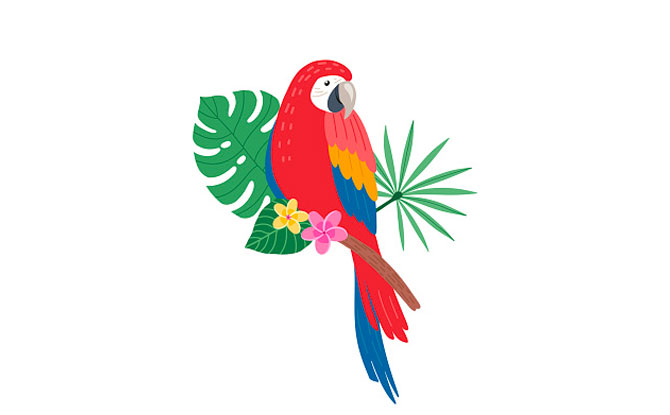 1. What do you get when you cross a parrot with a centipede?
A walkie talkie

2. What do you get if you cross a parrot with a pigeon? Voice mail.

3. What is a parrot’s favourite game?
Hide and Speak!

4. How do you get a parrot to talk properly?
Send him to the polytechnic!

5. What’s orange and sounds like a parrot?
A carrot

6. Did you hear about the geometry teacher who left his parrot’s cage open?
Polygon.

7. What do you get if you cross a parrot with a shark?
A bird that will talk your ear off!

8. What does the like to parrot wear to the beach? A beak-ini!

9. Where do parrots go when they die?
The parrotise.

10. Why are parrots so good at improvisation?
Because they know how to wing it!

11. Where do pirates buy their parrot food?
Petsmarrrrrrrrt!

12. Why did the parrot cross the road?
Just beak-ause!

13. What is a parrot’s favourite game?
Beakaboo.

14. What do you call a parrot without feathers?
Bald.

15. What do you get when you cross a parrot and a lion?
I don’t know, but if it wants a cracker you better give it one

17. Which insect is smarter than a talking parrot?
A spelling bee.

18. Why are parrots so good at imitations?
They love parrot-y! (parody)

19. Why was the pirate sad when his parrot left?
It gave him the cold shoulder!

20. What side of a parrot has the most feathers?
The outside!

21. Why are parrots so good at improvisation?
Because they know how to wing it!

22. What does the mummy parrot say to her baby?
Beak-areful!

23. Why are male parrots so loyal?
They are a man of their bird! 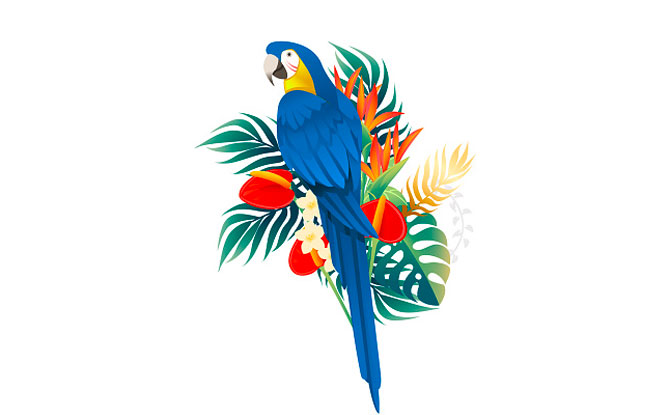 24. Sad news, my obese parrot died today.
Although mind you, it’s a huge weight off my shoulders.

26. A parrot walks into a bar, slaps a small fish on top of the barstool, then stands on the fish and orders a drink. “What’s with the fish?” the bartender asks. The parrot replies, “This is my perch.”

27. Now is the best time to buy a parrot, I hear they’re going cheep!

28. A man in a movie theatre notices what looks like a parrot sitting next to him. “Are you a parrot?” asked the man, surprised. “Yes.” “What are you doing at the movies?” The parrot replied, “Well, I liked the book.”

29. A policeman in the big city stops a man in a car with a miniature parrot in the front seat. “What are you doing with that parrot?” He exclaimed, “You should take it to the zoo.” The following week, the same policeman sees the same man with the parrot again in the front seat, with both of them wearing sunglasses. The policeman pulls him over. “I thought you were going to take that parrot to the zoo!” The man replied, “I did. We had such a good time we are going to the beach this weekend!”

30. My aunt’s parrot can say over 30 phrases, but each one is offensive and belittling.
I say parrot, it’s actually more of a mockingbird.

31. A parrot went to college. He studied Pollytics

33. A magician was working on a cruise ship in the Caribbean. The audience would be different each week, so the magician allowed himself to do the same tricks over and over again. There was only one problem: The captain’s parrot saw the shows each week and began to understand how the magician did every trick. Once he understood he started shouting in the middle of the show: “Look, it’s not the same hat” “Look, he is hiding the flowers under the table” “Hey, why are all the cards the Ace of Spades ?” The magician was furious but couldn’t do anything; it was, after all, the captain’s parrot. One day the ship had an accident and sank. The magician found himself on a piece of wood in the middle of the ocean with the parrot, of course. They stared at each other with hate but did not utter a word. This went on for a day and another and another. After a week the parrot said: “OK, I give up. Where’s the boat?”

34. Do you think you know more parrot jokes than me?
Toucan play that game!

35. If I had a talking parrot, the first thing I would teach it to say is “Help, they’ve turned me into a parrot!”

38. A guy goes into a pet shop and tells the owner that he needs a pet for his mother. The guy says that Mom lives alone and could really use some company. The Petshop guy says, “I have just what she needs. A parrot that can speak in 5 languages. She’ll have a lot of fun with that bird.” The guy says he’ll take the parrot and makes arrangements to have the bird delivered to his Mom. A few days pass and the man calls his mother. “Well Mom, how did you like that bird I sent?” She says, “Oh son, he was delicious!” Aghast, the guys says, “Mom, you ate that bird? Why? He could speak 5 languages!” Mom says, “well, he shoulda said something.”

39. A man walks into a bar with a parrot on his shoulder…
The bartender asked, ”Is it trained?”/
The parrot replies, ”I am but I don’t know about him.”

40. At an auction, a man found an exotic parrot and really wanted the bird so he caught up in the bidding. After biding much more than the intended he finally won the bid and the bird was his. As he was paying, the told the auctioneer that he hoped the bird wasn’t defective and that he would hate paying so much for a bird that can’t talk. The auctioneer answered, “Of course the parrot can talk. Who do you think kept bidding against you?”

41. A blind man walks into a bar with a parrot on his shoulder. The bartender says, “Hey man, what’s with the parrot?” The man says, “It’s my seeing-eye parrot.” The bartender says, “You know, most people use dogs right? The man replies, “Yeah, but do you know how hard it is to get one of those to stay on your shoulder?”