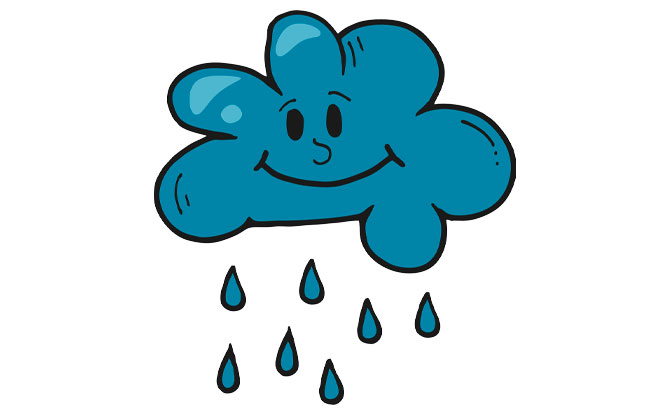 See a storm brewing? Need something to brighten up the mood when the skies are grey? We’ve got your silver lining: more than 80 different family-friendly rain jokes that you can enjoy. 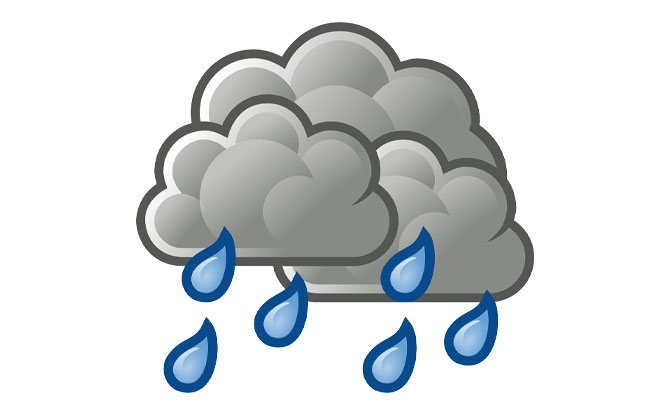 1. Why shouldn’t you fight with a rain cloud?
It’ll storm out on you.

2. Why didn’t the light rain hit the target?
It just mists.

3. What do you call a deer that loves being out in the rain?
A reindeer

4. What do you call a pile of coins in the rain?
Climate change

5. What do you call a bear in the rain?
A drizzly bear

6. What is the king’s favourite weather?
Hail.

7. What happened when it started raining coins?
It started knocking some sense into the world

8. What does rain do before marriage?
It precipiDATES!

9. Why is Britain the wettest country?
Because royalty has reigned there for centuries.

10. What does a raincloud wear under his raincoat?
Thunder wear.

11. Why does a momma kangaroo hate the rain?
Because on those days the kids have to play inside

12. What did one raindrop say as it ran off the road?
This is a grate day.

13. When does it rain money?
When there’s a change in the weather.

14. Why were the rain and the lightning bolt in the news?
Are you sure you want to know? It’s shocking!

15. How did the skeleton know that it was going to rain?
He could feel it in his bones.

16. If a band is playing music and a thunderstorm hits, who is most likely to get hit by lightning?
The conductor of course.

17. Can bees fly when it’s raining?
Not without their little yellow jackets.

18. Why do sailors eat shellfish when rain is forecast?
Because It’s the clam before the storm.

19. What happens to wizards when it’s raining?
They get wet just like everyone else.

20. Why did the woman open her purse in the park?
She expected to find some change in the weather.

21. What do you call a big grizzly bear caught in the rain?
A really drizzly bear.

22. Why is wind power more popular than rain?
Because it has a lot of fans!

23. What goes up in the sky when the rain comes down?
An umbrella.

24. Why was the sky not happy on clear days?
It had the blues.

25. What’s the difference between rain and climate?
You can’t rain a tree, but you can climate.

26. Why do cows always lie on each other in the rain?
To keep each udder dry.

27. Did you see the new movie about a tornado?
It’s got a great twist.

29. What’s the difference between a horse and the weather?
One is reined up for a while and the other rains down.

30. How do hurricanes see?
With one eye

32. Why did the umbrella go to the doctor?
It was feeling slightly under the weather.

33. Why do you have to act quickly during a flood?
Because it’s an emergent sea.

35. Why did the man go outside and put ketchup in the rain?
Because it’s raining cats and hot dogs.

37. What do lightning bolts do when they laugh?
They crack up.

38. What kind of lightning likes to play sports?
Ball lightning

39. What’s grey, stands in a river when it rains and doesn’t get wet?
An elephant with an umbrella.

40. Why do cows always lie on each other in the rain?
To keep each udder dry.

41. What do you call it when it starts to rain ducks and chickens?
Seriously foul weather.

42. What do you call it when you cross a classic card game with a hurricane?
Bridge over troubled water.

43. How did you find all that rain on your vacation?
Well, we just went outside, and there it was.

44. What do you call a parrot with an umbrella on a rainy day?
Polly unsaturated.

46. What did the really thirsty weatherman say to his colleague?
I need my thermos-stat!

47. Why should it rain money?
Because it makes cents.

48. Why do hurricanes move so fast?
Because if they moved slowly, we’d have to call them slow-i-canes

49. What type of cloud is really lazy, because it will never get up in the morning?
Fog.

51. What do you call the weatherman who really likes to eat steak?
A meateaterologist.

52. Why did the weatherman blush?
He saw climate change.

53. What did one big tornado say to the other little tornado?
Let’s go ahead and twist again like we did last summer.

54. What did one raindrop say to the other little raindrop?
Two is company and three’s a cloud.

55. What is the wettest animal at the North Pole?
The rain-deer.

56. What do hurricanes most like to order for dessert?
Candy canes.

57. What did the evaporating raindrop say?
I’m going to pieces.

58. What do you call a big rainbow without any colours?
A plain bow.

59. What does a spy do when it’s raining?
He goes undercover.

60. Why was the weatherman so stressed?
Because the job is full of high pressure.

61. Why do raindrops like lightning at night?
Because they can see where they are going.

Knock Knock! Who’s there? Just some knock-knock rain jokes to brighten up your day.

64. Knock Knock
Who’s there
Butter!
Butter who?
Butter bring an umbrella. It looks like it might start raining.

66. Knock Knock
Who’s there?
Hurricane
Hurricane who?
Hurry! Cane you run away from the storm?

67. Knock Knock
Who’s there?
Lettuce
Lettuce who?
Lettuce in, it’s raining outside.

68. Knock, knock?
Who’s there?
August
August Who?
A gust of wind over 74mph could be the start of a hurricane.

Rain Puns, One-Liners And Jokes To Laugh To 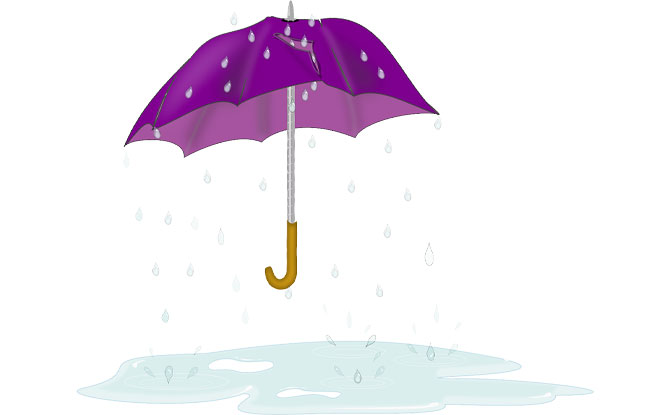 Here are some funny puns, one-liners and funny jokes about being in the rain to tell your family and friends.

69. Nothing like waking up to the gentle pitter-patter of raindrops falling on your face.
Now to only figure out who stole my roof.

70. I once entered a weather pun competition. I beat the raining champion.

71. Getting wet in the rain makes me sad. I had to run fast. I’d either escape the storm in time or cry drying.

72. A man is about to go to bed with his wife when there’s a knock at the door. He rolls over and looks at his clock, and it’s 2:30 in the morning. “I’m not getting out of bed at this time,” he thinks and rolls over.

Then a louder knock follows. “Aren’t you going to answer that?” says his wife.

So he drags himself out of bed and goes downstairs. He opens the door and there is a man standing on the porch. It didn’t take the homeowner long to realize the man was drunk.

“No, go away! It’s two in the morning. I was in bed,” says the man and he slams the door.
He goes back up to bed and tells his wife what happened.

She says: “That wasn’t very nice of you. Remember that night we broke down in the pouring rain on the way to pick the kids up from class and you had to knock on that man’s house to get us started again? What would have happened if he’d told us to get lost?”

“But the guy was drunk,” says the husband.

“It doesn’t matter,” says the wife. “He needs our help and you should help him.”

So the husband gets out of bed again, gets dressed, and goes downstairs. He opens the front door, and not being able to see the stranger anywhere he shouts, “Hey, do you still want a push?”

And he hears a voice cry out, “Yeah, please.”

So, still being unable to see the stranger he shouts:
“Where are you?”

And the drunk replies,
“Over here, on the swing.”

73. I had plans to go to the beach today, but the skies are cloudy and it is raining
It’s really irrigating.

74. I used to make it rain at my last job until customers complained about being hit with quarters.

77. Thereʻs is nothing bad about rain on your wedding day. It’s normal for a couple to have a bridal shower.

79. We were supposed to get rain today, but it blew out to the ocean. It was a real mist opportunity

81. Man it was really raining cats and dogs today. Sure hope I don’t step in a poodle.

82. The sky was looking ominous so I asked Siri, “Surely, it’s not going to rain today?”
And she replied, “Yes it is, and don’t call me Shirley.” That was when I realized I’d left my phone on Airplane mode.

83. My son lost a youth baseball game because of heavy rain, he received a precipitation trophy

84. Hear about the guy who tried shooting the rain with a gun?
He mist.

85. It’s just started raining really hard and all my kid is doing is standing at the window looking sad. If it gets any stronger I’ll have to let them in.

86. I left a bottle of whiskey outside last night and it got rained on.
It’s not ruined but my spirits are dampened.