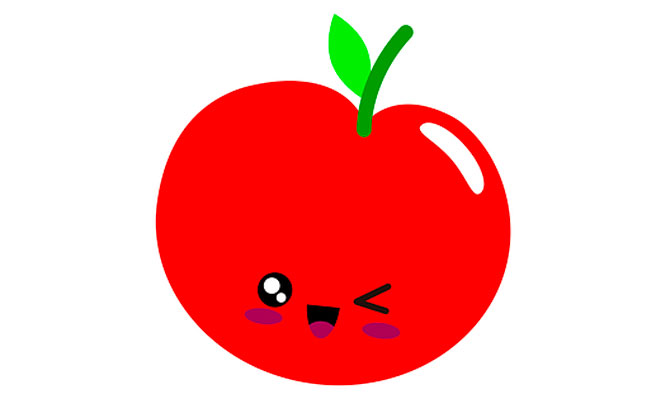 Apples are a really popular fruit, and at its core, it might be one of the best fruits to make some jokes about. Other than it being a popular fruit, it is also the name of one of the biggest tech corporations. Here is a list of 90 apple jokes that you can look through to find the apple joke a-peels to you the most.

90 Jokes About Apples To Rock You To Your Core 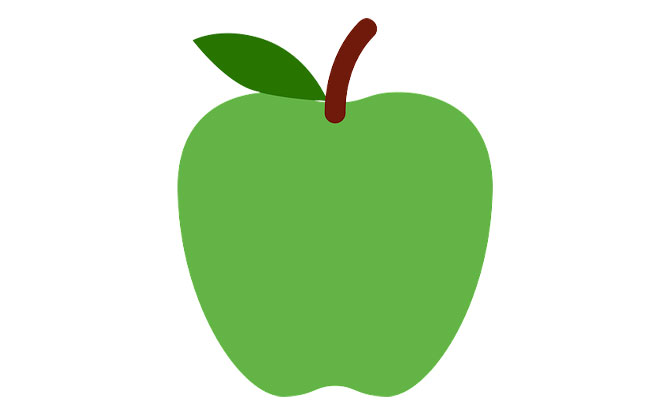 1. Why did the apple pie go to the dentist?
Because it needed a filling.

2. When is an apple grouchy?
When it’s a crab apple.

3. What kind of apple isn’t an apple?
A pineapple.

4. What’s worse than finding a worm in your apple?
Finding half a worm.

5. What do you call an apple that plays the trumpet?
A tooty fruity.

6. What do you call two apples next to each other?
A pear.

7. Why did the apple pie cry?
Its peelings were hurt.

8. What happens when you throw a green apple into the Red Sea?
It gets wet.

9. Why couldn’t Bob the Builder eat the apple?
Because it was Adam’s apple.

10. Why is it so difficult to work at an apple pie factory?
Because they have such a high turnover rate.

11. Why was the apple afraid of the milk?
The milk went bad.

12. What do you call a doctor who specializes in Adam’s apples?
A guyneckologist

13. What kind of apple throws the best parties?
Gala apples.

14. What would happen if Apple bought a deer?
They’d have an idea

15. What’s is an Egyptian apple pie?
The kind mummy used to make.

16. What happened when Apple tried to design a car?
They had trouble installing windows.

17. What lives in an apple and loves to read?
A bookworm.

18. Why didn’t the boy choose the apple over the pear?
He liked the apple butter.

19. What do you call a person who saw an apple store getting robbed?
An iWitness.

20. Why did the man eat apples at the bank?
He wanted to eat rich food.

21. What did the fairy folk tell their kid when he ate his apple pie too fast?
Stop goblin your dessert.

22. Why did the apple stop in the middle of the road?
It ran out of juice.

24. What do you get when you cross an apple with a Christmas tree?
Pine apple.

25. Who was the pie’s favourite pop star?
Apple Pie Spice

26. Who led all the apples to the bakery?
The Pie Piper

27. Why did the apple turn red?
Because it saw the salad dressing.

28. What did the apple skin say to the apple who couldn’t afford bus fare?
Don’t worry, I’ve got you covered

29. Why did the apple join the circus?
He loved all the apple-ause.

30. What kind of apples do they eat in the desert?
Camel (caramel) apples.

31. How do you make an apple turnover?
Roll it down a hill.

32. Where do apples like to go climbing?
Mount Fuji.

33. What do you get when you drop a smartphone into a deep fryer?
An Apple fritter

34. Why did the yam get along so well with the apple?
They were both candied.

35. What did the apple pie say after thanksgiving?
Good-pie everyone.

36. What do you get when you cross a train engine with an apple pie?
Puff pastry.

38. What’s the best thing to put into an apple pie?
Your teeth.

39. What dessert do they serve at the King’s castle?
Apple pie a la moat.

40. Who makes the best apple pies in the family?
Granny Smith.

41. What is a math teacher’s favourite dessert?
Apple Pi.

42. What did the apple pie say to the pecan pie?
You’re Nuts!

43. What do you call an Apple employee who got laid off?
Steve Jobless.

44. What did the apple tree say to the hungry caterpillar?
Leaf me alone.

45. What did the apple say to the celery? Stop stalking me.

46. Which type of apple only makes brief appearances.
Cameo apples.

47. What do you get when you cross an apple pie with a shellfish?
A crab apple pie.

48. What can a whole apple do that half an apple can’t do?
It can look round.

49. Why did the apple cross the road? Because he wanted to be a squash.

50. How did the investor know Apple’s stock was going to go up?
She had incider information.

51. Why should you hire an apple pie?
They are crustworthy.

52. Why was the apple uncomfortable in the fruit bowl?
It’s Pear pressure.

53. What’s it called when someone from Apple gets fired?
Apple turnover.

55. What does a gym instructor say to an apple?
You have to strengthen your core.

56. What did the apple say to the pie baker?
Use cherries instead.

57. What did the apple husband say to his wife?
You’re the apple of my eye.

59. How do you make an apple puff?
Chase it around the garden.

60. What do you get if you cross an iPhone and a fridge?
Cool music.

61. What do you call an end to all fruits?
An apple-colypse.

62. How did one apple confess to the other?
You give me all the peels.

64. How do you get the most apples at Halloween?
Take a snorkel.

65. Where do bugs go to watch the big game?
Apple-Bees.

66. What happened to the newly wedded apples?
They lived apple-ly ever after

68. what did the coach say to the apple who came in second in the race?
I apple-laud your efforts.

69. What did the principal apple say to the teacher apple?
I couldn’t have “picked’ a better teacher

70. What did the apple say to the goth apple?
You’re so hardcore. 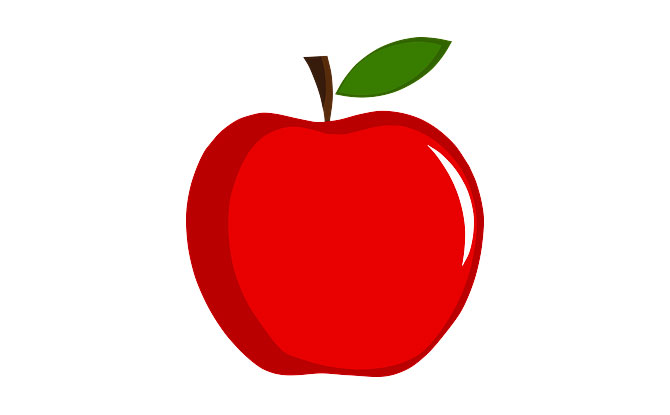 We have no apple-ogies for the following apple jokes and puns that we think are pretty sweet.

73. Here is an Apple joke…the punchline is sold separately.

74. A core belief is that apple puns are funny.

75. My friend told me his apples were yellow
And I was all like, nah that’s bananas

76. A policeman is driving past a roadside apple stand when he notices the sign: “Apple seeds, guaranteed to make you smarter, $20 per seed.”
He pulls over and informs the vendor that it is fraud and false advertising to make absurd claims like this.

“No, no, no,” the vendor tells the cop, “my apples are a special variety. A scientific miracle. Buy just one seed, eat it, and you will notice an increase in intelligence. If not, I promise to refund your 20 dollars.”

“Alright,” says the cop. “But, if this doesn’t work, I’m shutting your operation down.” He hands over a 20 dollar bill, takes the seed, chews it up, and waits for it to kick in.

After a few moments, he says, “You know, even if you’re not lying, I could have bought a whole bag of your apples and had enough seeds to last me months.”

77. Did you hear about the guy who tried to grow an apple tree without a seed? His efforts were fruitless.

78. Apple have come up with a new revolutionary eye patch for pirates. It’s called the iEye patch.

80. Did you hear about the guy who refused to stop pretending to be an apple crumble? He got taken into custardy.

82. An apple a day keeps the doctor away. I mean do you know how much an iPhone AND medical insurance costs?

83. If it took six kids six hours to eat all the apples in the apple orchard, how many hours would it take three kids?
A: None, because the first six kids have already eaten them all.

84. They’re teaching apple juicing down the road from me, but it got cancelled before I could go. It was a pressing issue.

86. A middle-aged man was sitting at a truck stop when three mean-looking bikers walked in. The first walked over to the man and stubbed a cigarette out in his apple pie. Then the second biker spat in the apple pie. Finally, the third biker picked up the apple pie and threw it on the floor. Without saying a word, the man got up and left. “He wasn’t much of a man, was he?” sneered one of the bikers to the waitress. “Not much of a truck driver, either,” she said. “He just backed his truck over 3 motorcycles.”

88. Today I checked my bank balance to see which apple product I can buy. I settled on Apple juice.

90. An apple and an orange walk into a bar.
The bartender says “Sorry, but see the sign? It says we don’t serve fruit here.” The apple says “That’s fine, I want a beer.”