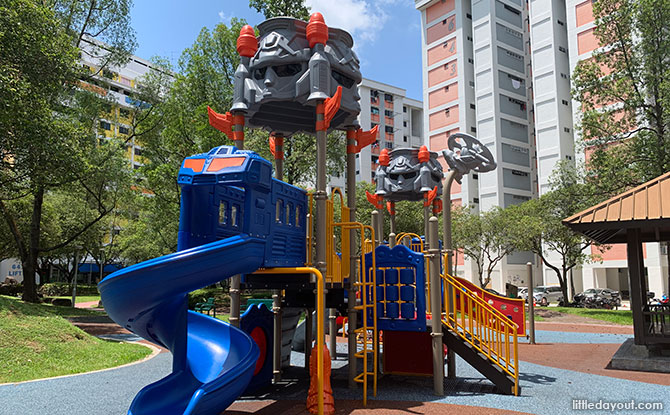 What’s blue, grey, yellow and red, and looks like a playground? A robot-themed playground in Yishun!

The Robot Playground in Yishun is one of the more unique neighbourhood playgrounds that we have come across because of the way it is themed. It is made up of two towers which are connected by a platform and a netted “valley”. 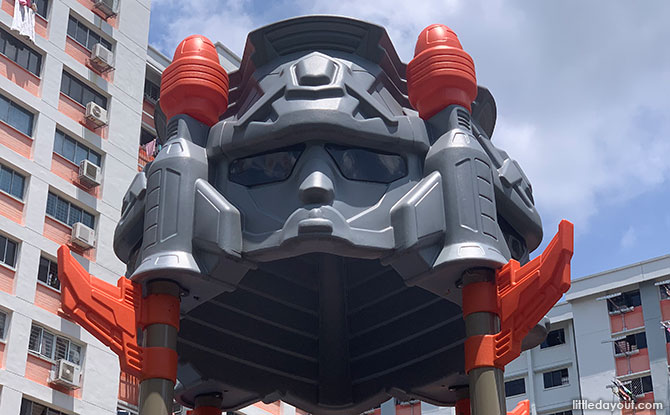 At the top of each playground tower, four robot faces look outwards sternly. They look as if on sentry duty, surveying the lie of the land in front of them. 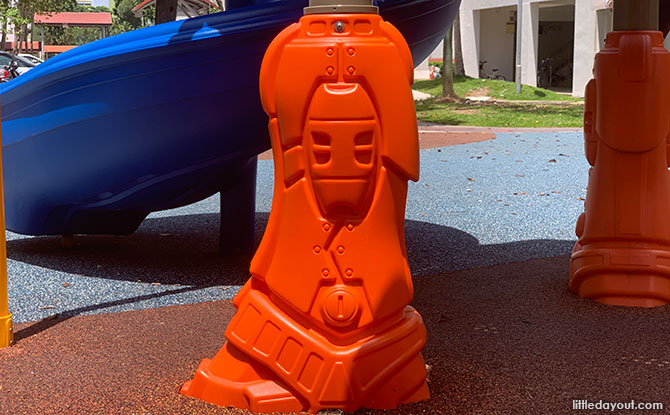 At the base of each tower are sturdy-looking robot boots, firmly planting the robot playground to the ground. 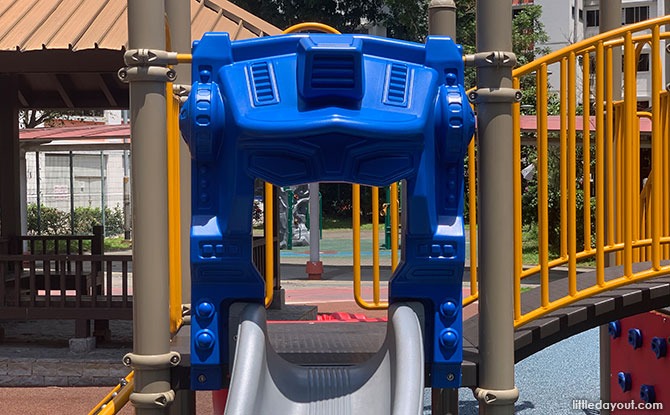 The slides of the Yishun robot playground also have been themed to look as if they belong to a mechanical being. Blue-coloured “canopies” mark out the top of each slide. 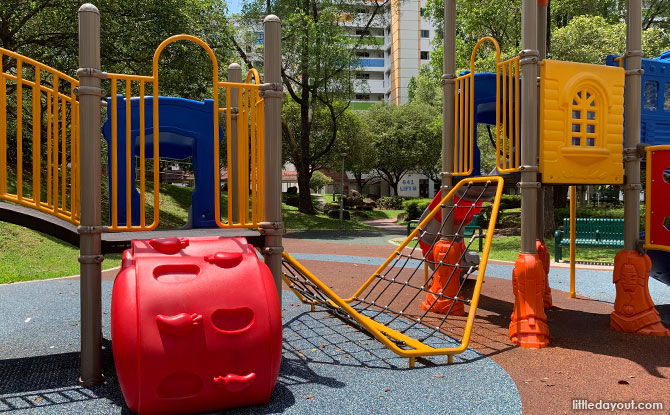 Connecting the two robot towers, there is also an interesting yellow netted “valley” with ropes which kids can used to descend from one tower and climb up to the next one. 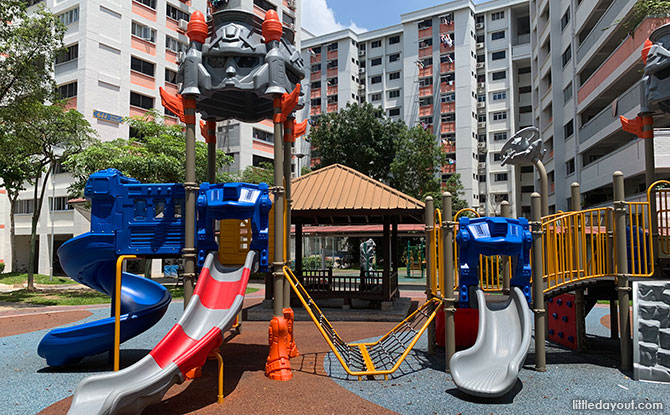 Other play elements at the Robot Playground in Yishun are quite standard fare. These include climbing walls and play panels. One of the grey climbing walls has a little, narrow tunnel through it that one the smallest of kids would be able to squeeze through.

Play in the Neighbourhood 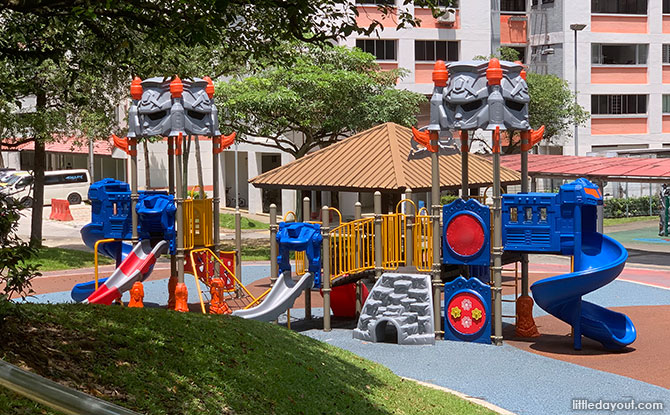 You can find it in front of the coffee shop at Block 645 Yishun Street 61.