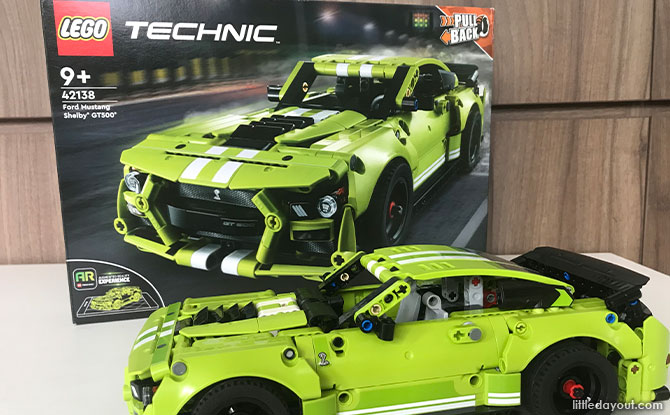 Boy meets LEGO sports car. What’s not to like?

Excited particularly by the pull-back function and Augmented Reality (AR) experience advertised on the box of the LEGO Technic 42138 Ford Mustang Shelby GT500 set presented to him, my 10-year-old certainly didn’t have to be persuaded to dive straight in.

The set is one of two licensed Technic car sets newly released by LEGO in 2022, the other being the 42137 Formula E Porsche 99x Electric. 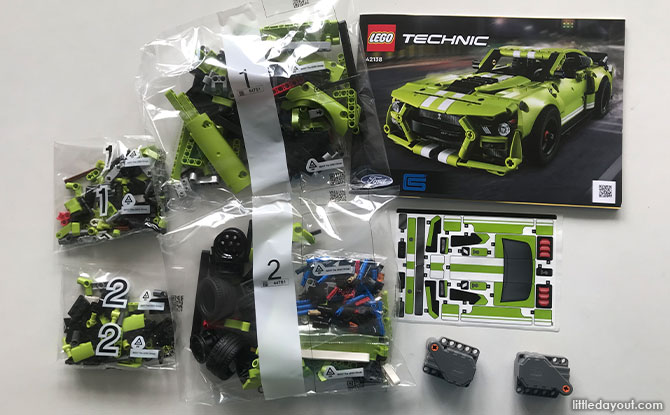 The set’s standard instruction manual bore on its cover a QR code to scan to access digital instructions – including a 3D version, helpful for more complex builds – on the LEGO Instruction App for smartphones and devices.

The 107 pages of instructions were clear enough up to the point where they presented two interchangeable options – one for a closed rear for the display version of the model, and another which allows access to the pull-back function that propels the car forward in play. He had to pause here for a bit to figure out what was going on. 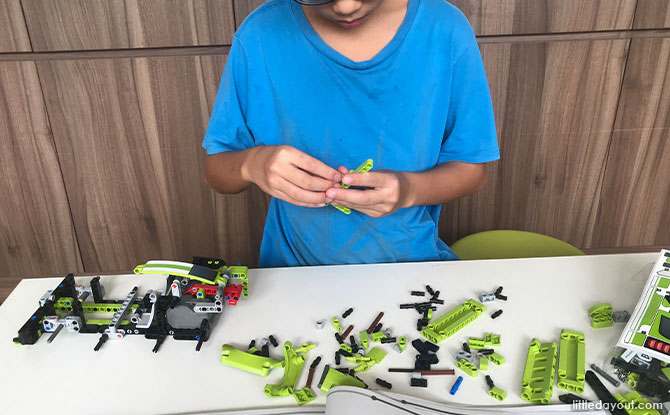 The set’s 2 pull-back motors are added right at the beginning of the 2-phase build (the chassis and the body). The 544-piece set with a 9+ age rating easily provided over 2 continuous hours of building fun, with sufficient challenge, by way of interesting parts and connections, to satisfy my avid LEGO fan. 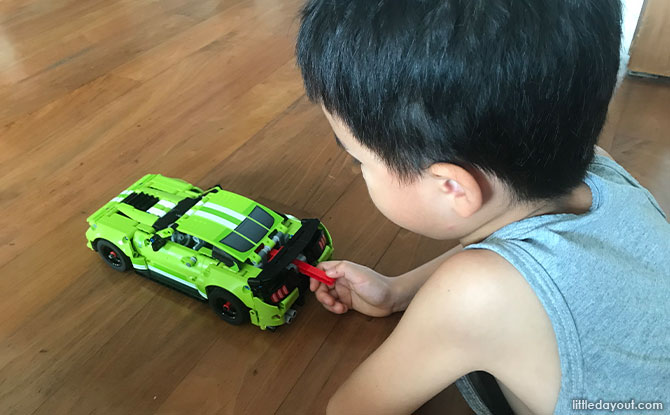 The resultant build is solid and decently recognizable vis-à-vis the real car displayed on the box and at the back of the instruction manual.

The hood opens up, although there isn’t much of an engine to speak of beneath. The doors are not movable and the cockpit details are sparse. Given that this is a pull-back model, the steering function – common in other Technic sets – is absent, and the car is really only able to move forward in the launch direction.

While these may be negatives for some, they didn’t matter a bit to my son and his younger brother who were just raring to try the pull-back function.

But first, it was satisfying to witness some of the educational value of this construction toy as I watched my son examine the workings of the mechanism to identify and rectify a glitch in his initial installation of the red lever that enables its activation.

Depressed, the lever allows the rear axle – and hence wheels – to rotate freely forward. Raised, the lever enables the pull-back motors to be wound up but stay locked until the lever is pressed down. This conveniently allows the car to be launched not only by hand but by a foot when one is in a standing position, say while training a device on the car for the Augmented Reality experience.

With two motors, the car travels impressively fast and far. My younger son had a ball repeatedly launching and using a measuring tape to determine how far the fully wound-up car would travel – 11 meters for the record! My husband was impressed that its path didn’t veer, suggesting a well-engineered balance of the two motors. 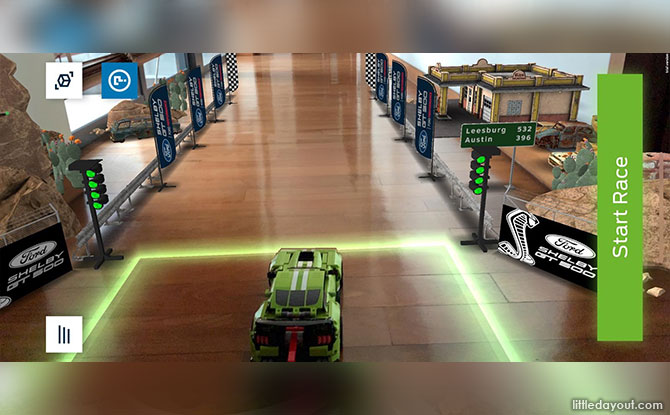 The boys were also very keen to check out the Augmented Reality experience. A scan of the QR code on the box led us to the LEGO Technic site with where we could watch a short explainer video and download the free LEGO Technic AR app. 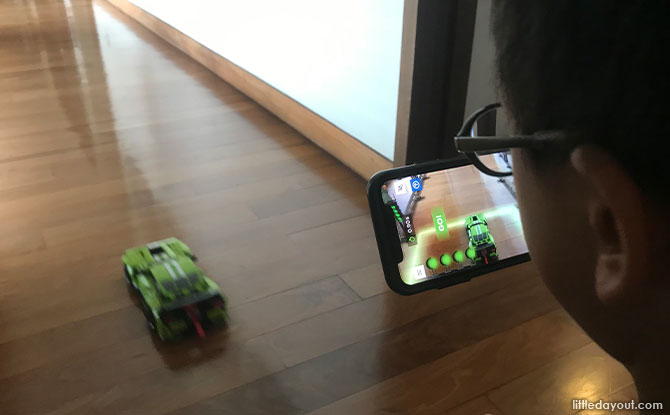 Newly launched together with the 2 new Technic car sets this year, the app brings the racetrack to life through the power of AR. Players using the Mustang have the option of an arcade drag race or a tournament drag race experience. Set a racecourse, the start and finish line and off you go!

Unfortunately, we discovered that the app wouldn’t run on most of our (older) devices. We finally managed to successfully launch it on a smartphone, though the experience would probably be better on a larger tablet screen. Other points to note are that you do need a fair amount of clear space for the racetrack and that the AR works best on non-reflective flooring.

While the app provided a fresh option for individual play with the car, after the initial novelty wore off though, I found the boys quickly defaulted back to good old-fashioned play sans AR, which, to me, is one of the big selling points of LEGO – to get children away from the screen!

Boy meets LEGO sports car. What’s not to like?