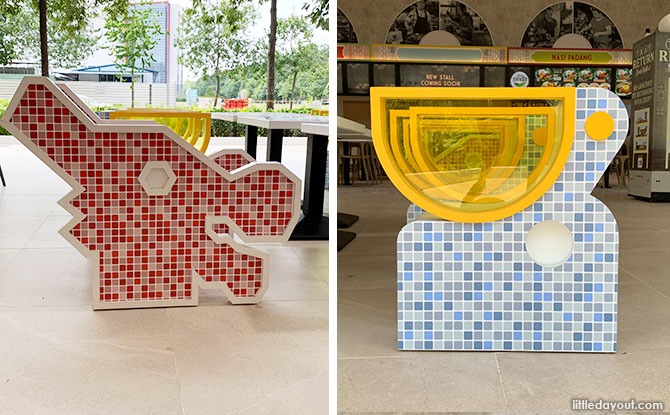 The Koufu food court at Woodlands Height similar to other food courts with one exception – it has kids seating inspired by Singapore’s traditional playground designs.

The Koufu food court is located on the ground floor of an industrial-commercial building, located at the Woodlands Height cul de sac.

What is most striking about it is the kids seating – which is sort of surprising since this is an industrial-commercial area. 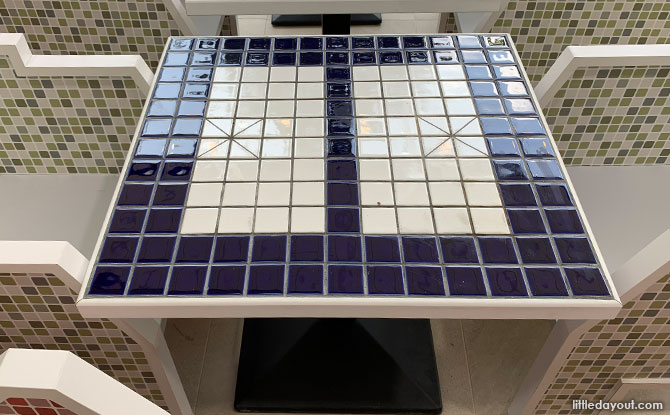 The kids tables are made out to look like the blue-and-white tiled tables that you would find at HDB void decks. They even come with patterns that look like a chess or checkers board, as well as a Chinese chess board.

The children’s seats are designed look like traditional playgrounds from yesteryear. 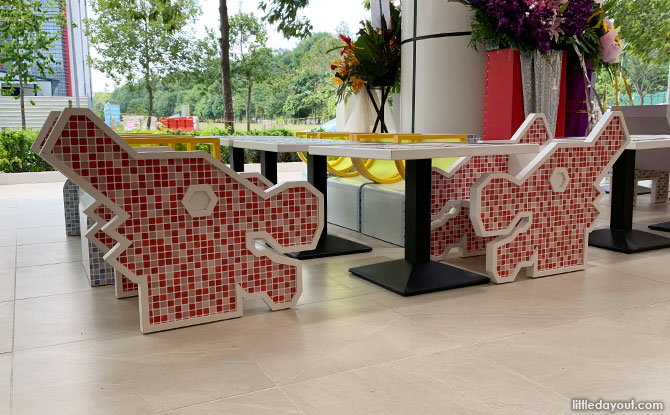 There are seats that have a design that looks like the beloved Toa Payoh Lorong 6 Dragon Playground. 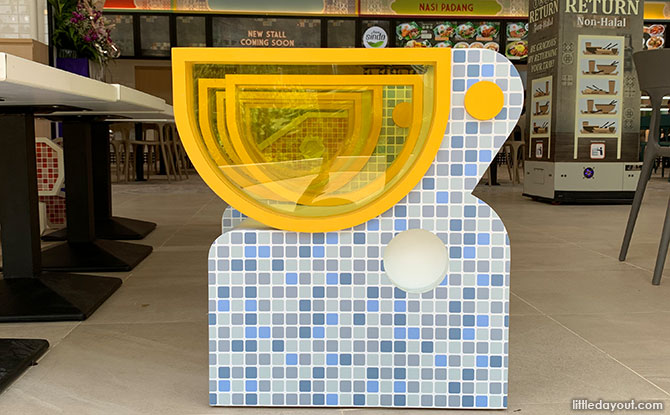 Another set of chairs is designed to look like the old Pelican playground, now gone, that used to be located at Dover Road. 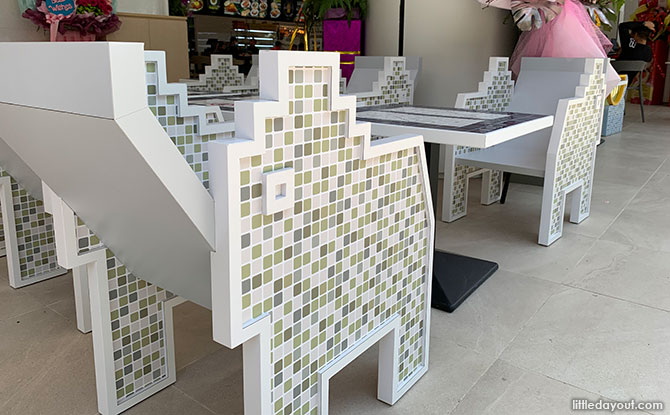 The final design is a take on the Elephant playground in Pasir Ris.

All the old school playground-inspired children’s seating evoke a sense of nostalgia. They are located close to the drinks stall. 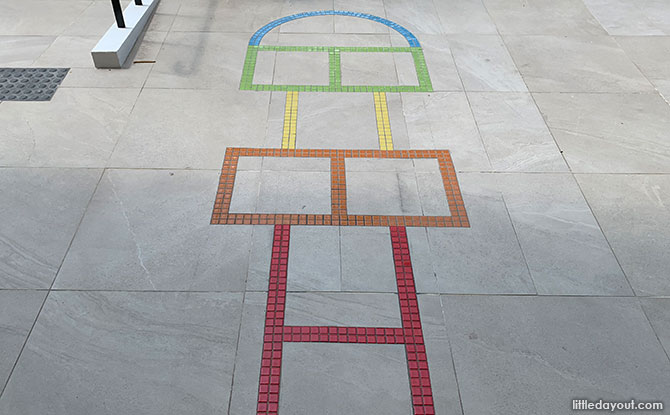 To add to it, there is also a hopscotch marking on the ground nearby. Kids can entertain themselves with a game of hopscotch before having their meal. 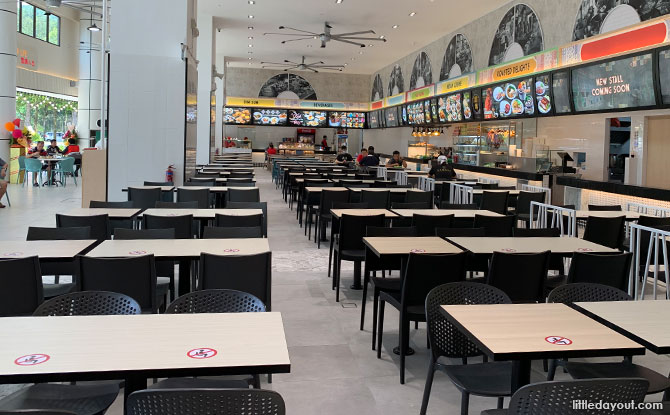 The rest of the Koufu food court at Woodlands Height has the usual seating for adults to have their meals.

Not all the stalls in the food court are opened yet. The stalls that are open include a mixed rice stall, roasted meats stall, and Indian cuisine and Nasi Padang stalls. 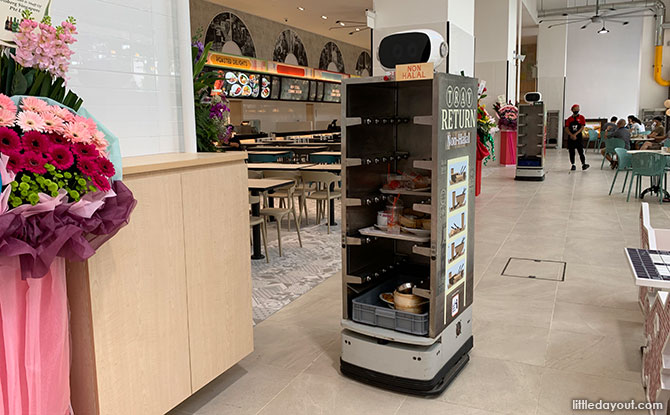 Another point of interest at the Woodlands Height Koufu food court is the tray return robots that roam about the food court. These add in a futuristic touch to the food court, and it is also perhaps also a balance to the old school playground seating area for kids.