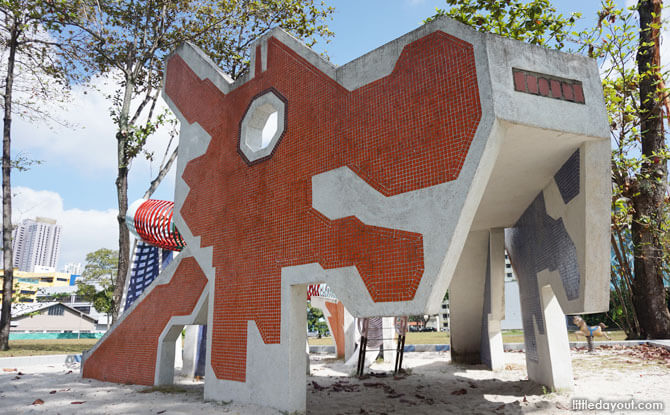 The Toa Payoh Dragon Playground at Lorong 6 Toa Payoh is one of two full-sized Dragon Playgrounds remaining in Singapore.  The product of a time when the Housing & Development Board was building up its own brand of locally-inspired playgrounds, it has evolved into a heritage icon and reminder of a Singaporean childhood. 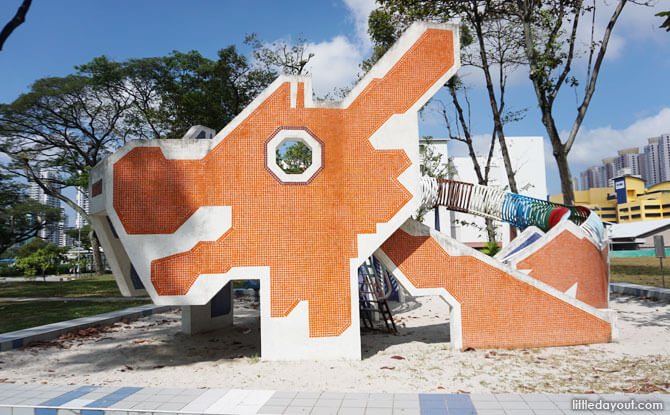 At one time, behind the Toa Payoh Dragon Playground stood several blocks of flats. These served as a hinterland from which children would come from to play along its back. The flats, HDB Blocks 28, 30, 32 and 33, were demolished in 2014.

The iconic playground, unlike many of similar vintage, was spared.

The Toa Payoh Dragon Playground was part of HDB’s wave of playgrounds built in the late 1970s. Besides the dragon, other contemporary designs included the bumboat design. 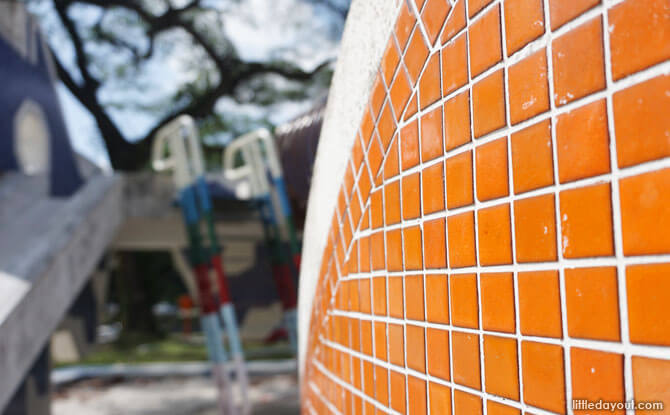 Looking from the outside, the Toa Payoh Dragon Playground’s head and tail look orange. This is courtesy of the many mosaic tiles that were used as a practical cladding to avoid having to repaint the playround periodically. 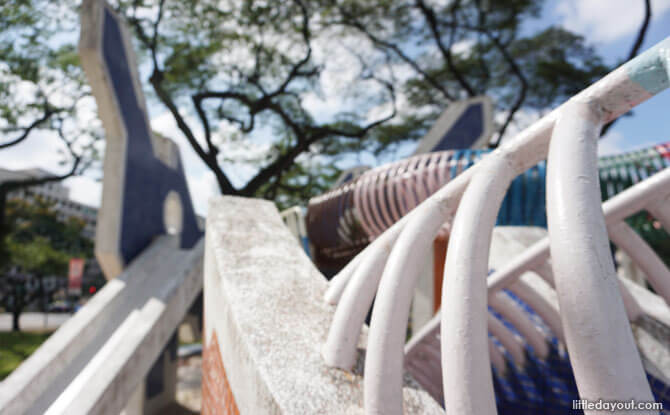 Inside, the dragon’s head is blue. 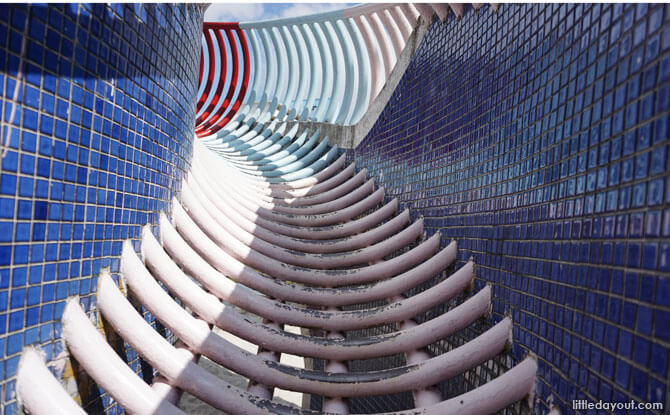 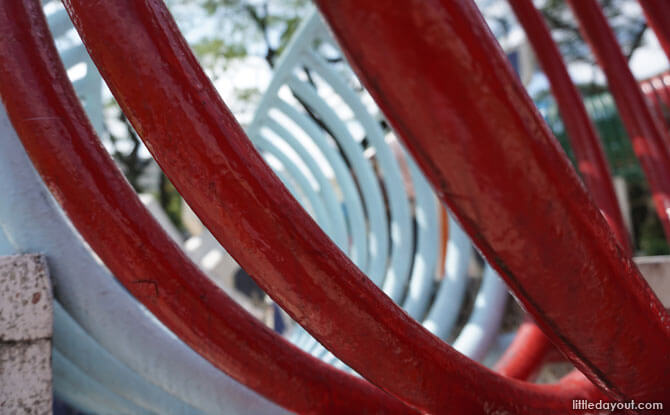 The steel frame spine of the dragon back has seen countless little feet scouring up and down, playing games of hide-and-seek and police-and-thief. 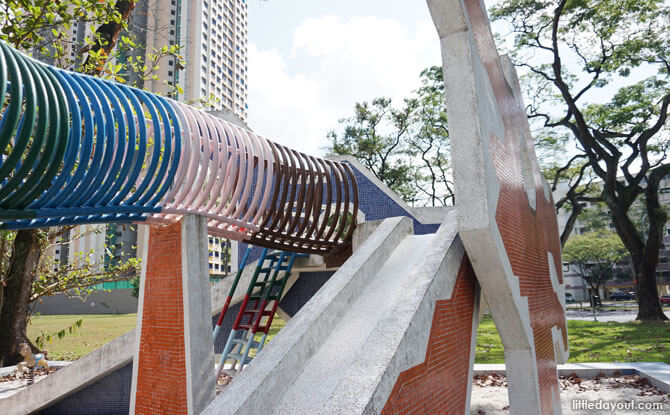 The innovative design of the Dragon Playground incorporates two slides. These slides lead down from either side of the dragon’s head and to the sand pit below. 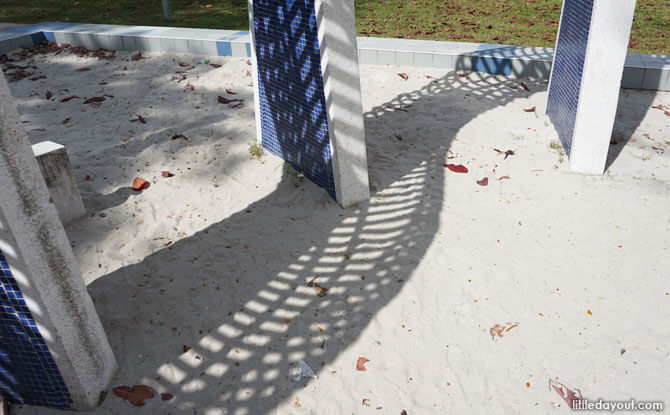 The Toa Payoh Dragon Playground is the only remaining of its kind that still stands in a sand pit. Its counterpart in Ang Mo Kio is now firmly situated on a modern, soft-foam padded floor.

So too are the smaller “tower-slide” dragon playgrounds located at Lorong 1 Toa Payoh and Pipit Road. 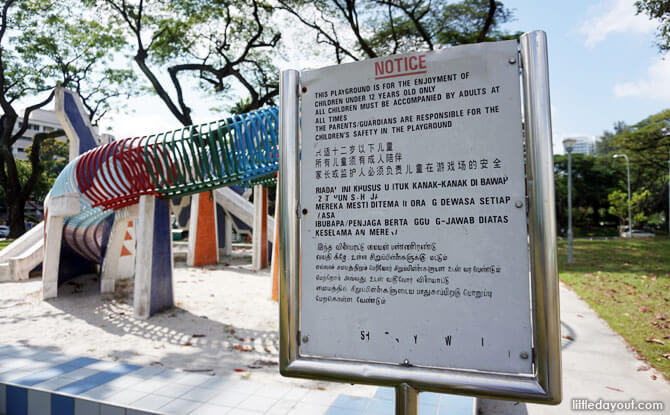 Much attention has been showered on the Toa Payoh Dragon Playground. Its image has made it way on to all sorts of products – from tote bags and LEGO models to entire bouncy inflatables.

With all this love shown, the iconic Toa Payoh Dragon Playground at Lorong 6 will hopefully remain around for years to come – watching the traffic go by.

READ: The Dragon Playground in Woodlands – A Classic Reimagined