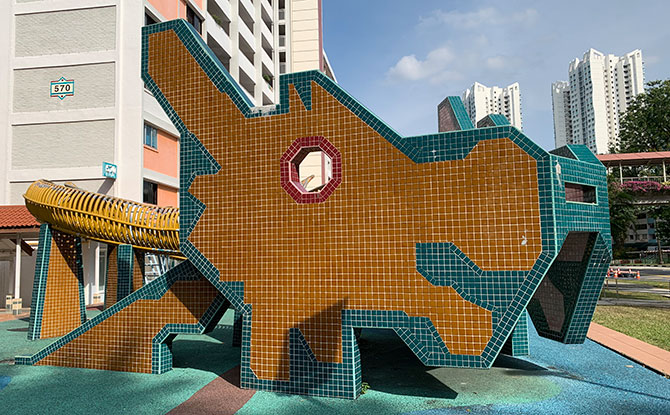 Standing along Ang Mo Kio Avenue 3, a Dragon Playground stands watching over the ebb and flow of traffic in front of it. While not as famous as its counterpart in Toa Payoh, the Ang Mo Kio Dragon Playground is from the same era and the only other one of its kind remaining in Singapore. 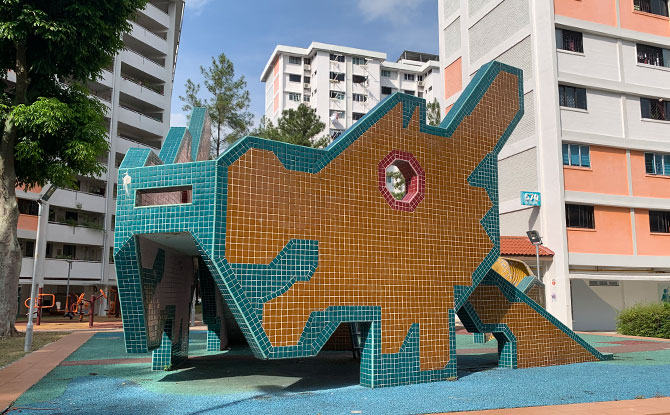 The Ang Mo Kio Dragon Playground most probably once stood in a sandy pit but that has now been replaced with a soft padded floor. Unlike its Toa Payoh cousin, this dragon is covered in brown and teal mosaic tiles. 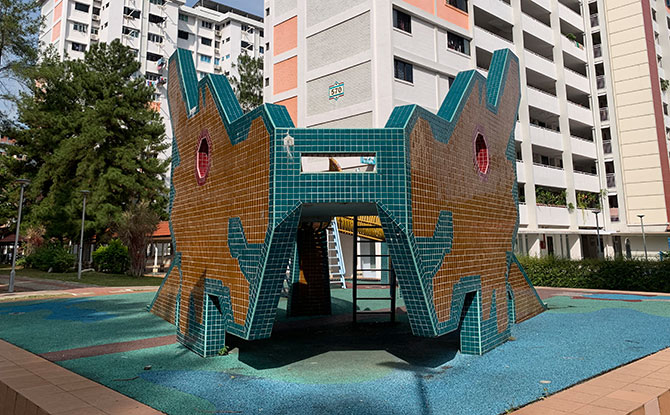 Besides the colour, it is quite similar in design to the Lorong 6 playground. Kids can make their way up to the head of the dragon by either ascending a ladder or by climbing up its back. 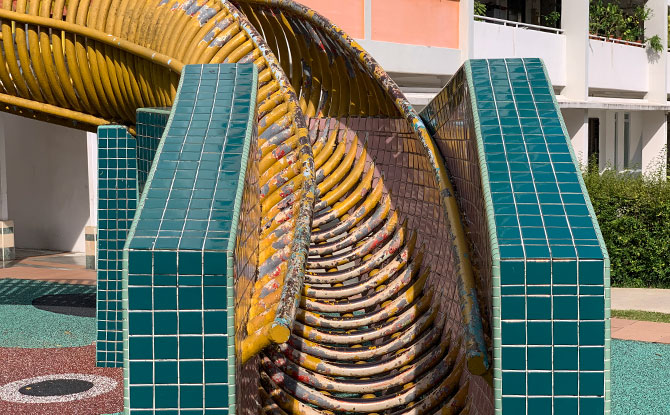 Between the two ways, the more fun way would be climb up along its back. Starting from the tail, there are a series of bars which create the pathway for kids to make their way up the dragon. 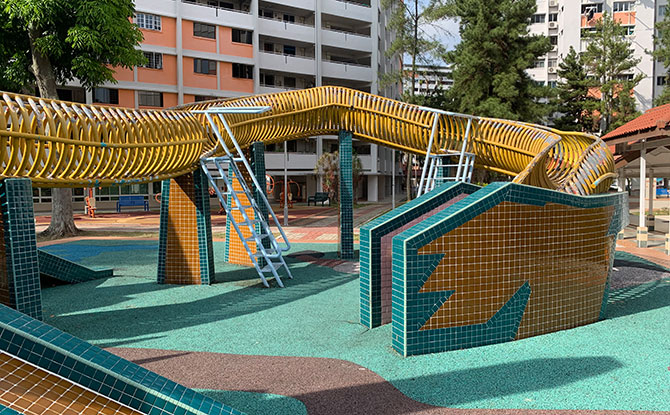 Something which distinguishes the Ang Mo Kio dragon is that there are two ladders which connect mid way to the dragon’s back. 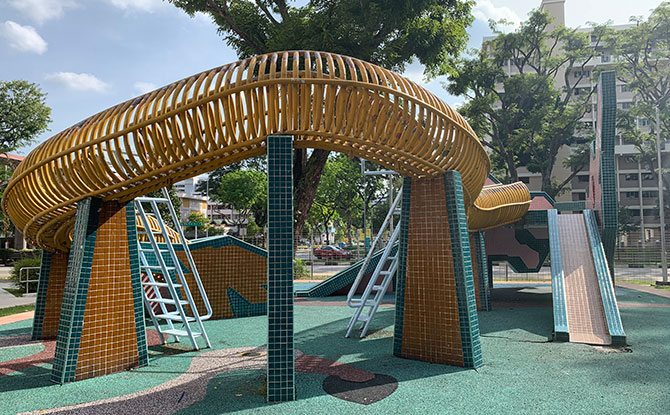 These are alternative means for kids to get up on to the dragon’s back. 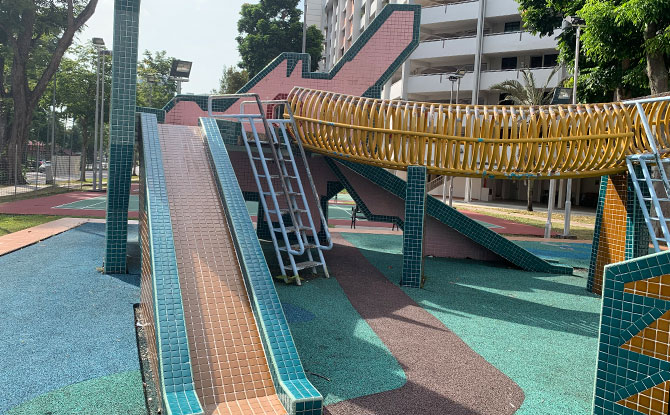 From the head of the dragon, there are two slides which provide a way for kids to get back down to the ground below and to start all over again.

We are glad that the Ang Mo Kio dragon playground still exists as it is a rare breed. It is an icon of the childhoods from the past and something to be treasured. 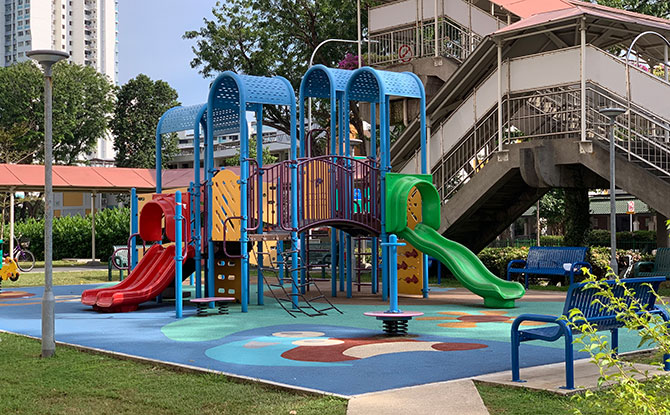 For kids who may be more used to modern playgrounds, there is also one next to it too (which looks less interesting, in our opinion).