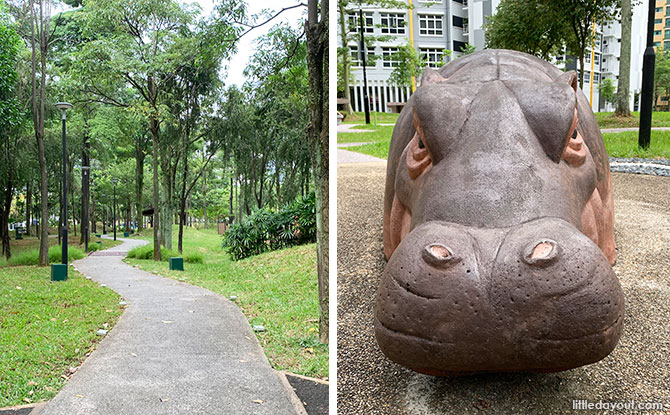 Greenwood Sanctuary @ Admiralty is a semi-circular park in Woodlands. Opened back in 2010, it serves the residents in Woodlands Neighbourhood 6 and was once used as a test-bed for various eco-friendly features and still houses a unique set of hippo sculptures in the park.

Walking around Greenwood Sanctuary @ Admiralty, what is apparent is that the landscape is more naturalised. There are gently-sloped surfaces, shallow swales and timber bridges along the footpaths.

These were all part of a landscape drainage network designed to channel water towards water retention basins and provide ample water for the park. 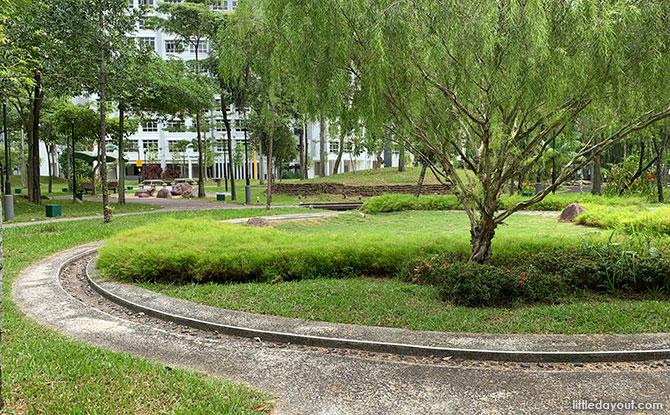 At the centre of the park was a dry pond. This was designed to collect water when it rains. The water then gets filtered to underground tanks which, when filled up, overflows to roadside drains. If it is not raining, the water in the tanks would permeate to the rest of the park, keeping the ground moist.

These features are less apparent to most visitors to Greenwood Sanctuary @ Admiralty nowadays.

Instead, what most people will appreciate is the natural landscape, lawns, footpaths and recreational spaces around the park. 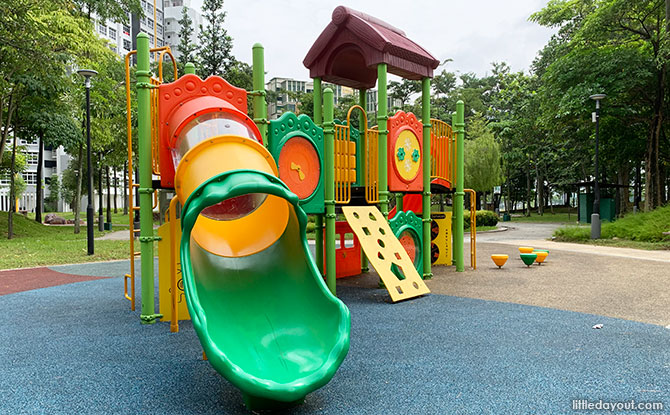 There is a large, colourful playground structure with slides and climbing features for older children. 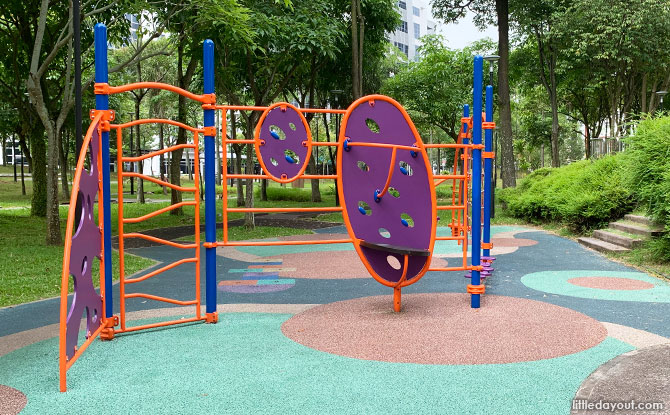 A short distance away, another Greenwood Sanctuary @ Admiralty playground consists of an orange climbing frame for kids to tackle. 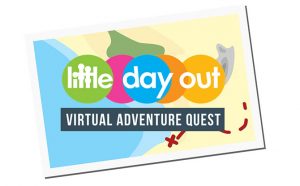 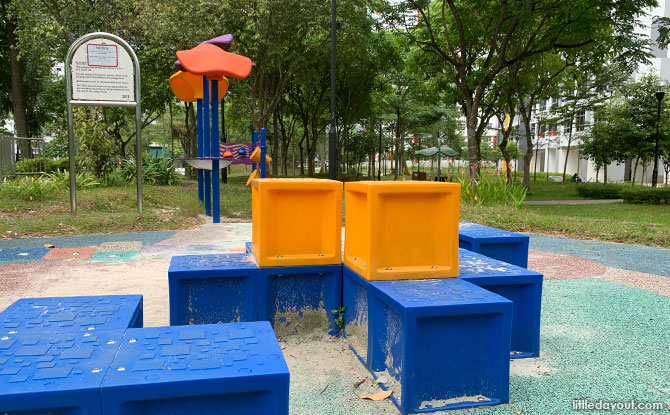 There is also a sand play area with some crates nearby. 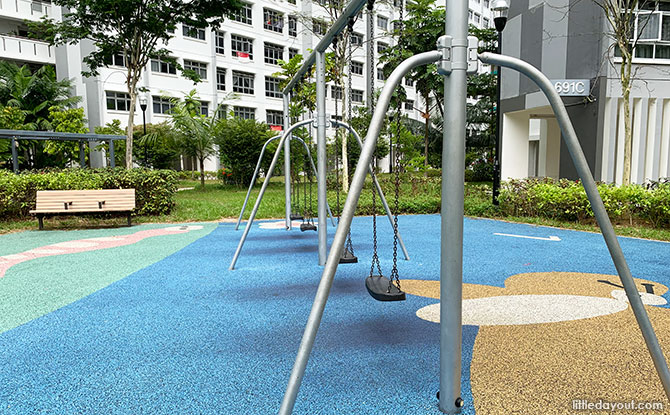 A more typical HDB playground with a set of four swings can be found at the fringes of Greenwood Sanctuary @ Admiralty in front of Block 691C. 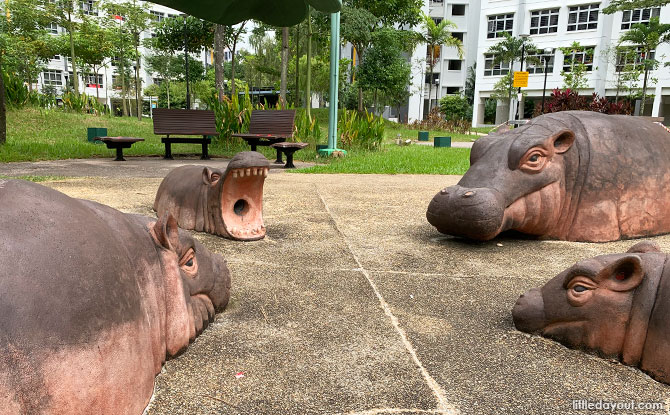 An unusual play feature at the park is a hippo family sculpture. The hippo sculptures invite children to interact and sit on them. 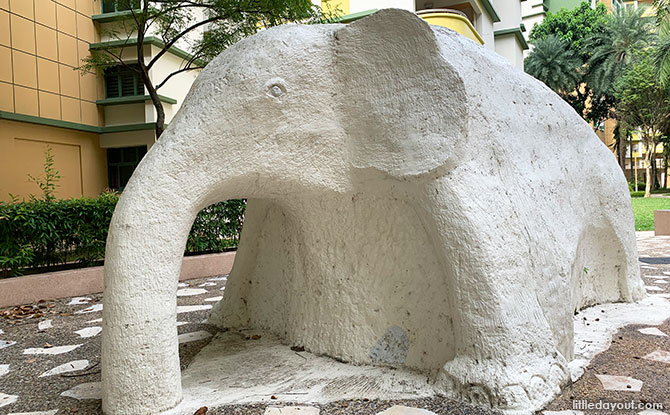 READ: Dinosaurs in the HDB Estate – Woodland’s Own Jurassic Park