Home Play 8 Interesting Things You May Not Have Known About Victoria Theatre &... 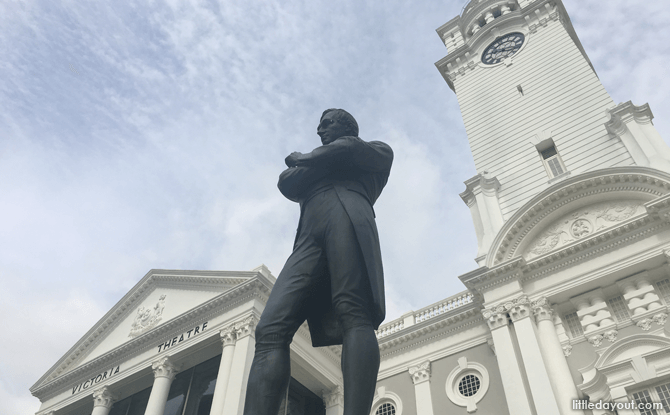 Today, we think of the Victoria Theatre and Concert Hall as a fixture of Singapore’s Civic District. Inside its walls, there have been countless musicals, plays and performances staged over the years. It is the home of the Singapore Symphony Orchestra and venue of many historic milestones in Singapore’s past.

Standing by the eastern bank of the Singapore River, the whitewashed building has watched Singapore grow from a colonial outpost to a modern city and accumulated its fair share of stories to tell. In its earliest days, it was a community space, was turned into a makeshift hospital during World War 2 and even acted as a venue for negotiating Singapore’s future. 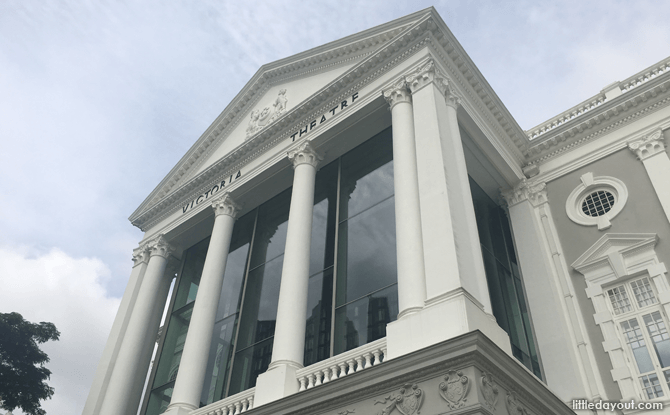 Today, we know it as Victoria Theatre and Concert Hall. However, in the past, it has been known by different aliases.

The adjacent Concert Hall was known as Victoria Memorial Hall, named in honour of Britain’s Queen Victoria who passed away on 22 January 1901.

It was in 1979 that the Victoria Memorial Hall was renamed the Victoria Concert Hall, although the previous name continued to be used in the vernacular. In fact, this name still continues to be found on the building’s façade.

Another name by which it goes by affectionately in some quarters is the “Old Vic”.

#2. Entire Victoria Theatre and Concert Hall Complex Took More Than Half A Century To Complete

Work on the Town Hall building, now Victoria Theatre, started in 1855 and was completed in 1862.

The adjacent Victoria Memorial Hall, now Victoria Concert Hall, was built after the death of England’s Queen Victoria and completed in 1905.

The final touch to conjoin the two buildings into one complex was the Clock Tower, built in 1906.

A portico was added on to the Town Hall to make its façade look similar to the Concert Hall. The renovated Victoria Theatre was officially reopened in 1909.

#3. The Building Was Once the Library

The Singapore Library was the first subscription-based library in the new settlement. It opened in 1845 and was located at the Singapore Institution (now Raffles Institution). As its collection grew, it looked around for new premises and eventually found a new home at the Town Hall. From 1862 to 1876, if you wanted to borrow a book, you would have headed over to the top floors of the Town Hall, which is now the Victoria Theatre. In 1876, the library moved back to Raffles Institution where it was allocated additional floor space for its expanding collection.

At that time, the building had a theatre on the first floor and government offices on the second floor. The offices eventually shifted out of the building in 1893.

The year was 1958 and the Victoria Theatre had undergone a major renovation to install air-conditioning and soundproofing. In that year, Majulah Singapura, written by Zubir Said, was performed at the Victoria Theatre for the first time. At that time, it was still not yet Singapore’s national anthem as the country had yet to achieve nationhood.

#5. It Takes the Clock Tower Bell One Hour To Play a Complete Melody 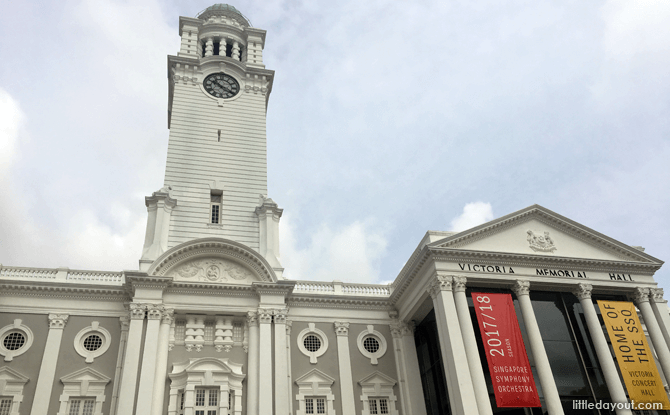 The clock tower at Victoria Theatre and Victoria Concert Hall sounds ever quarter of an hour. It plays the Westminster Chimes, the tune made popular by London’s Big Ben.

However, rather than playing the tune in its entirety every time it sounds, the famous tune is broken up into four parts, each part played 15 minutes apart.

It would, therefore, take one hour to hear the entire melody of the Westminster Chimes from the Victoria Theatre and Victoria Memorial Hall’s clock tower.

The bells for the clock tower were made in England by Messieurs Gillett and Johnston. They were shipped over on the SS Benledi, whose name is now inscribed on the bells.

#6. It Was Once a Big Thing to Watch TV in Front of the Old Vic

Throngs of people had gathered in front of the Victoria Memorial Hall to witness the dawn of a new era. They sat entranced all around the frontage of the Old Vic, enveloping even the statue of Raffles standing with his arms folded.

What were they there for? To watch the first broadcast of Television Singapura. This was shown on 32 television sets inside and outside of the Old Vic. Why did they need 32 television sets? Because each TV set’s screen was only slightly larger than the size of a large computer screen today.

Tell this fact to kids nowadays and their jaws would probably drop in disbelief. 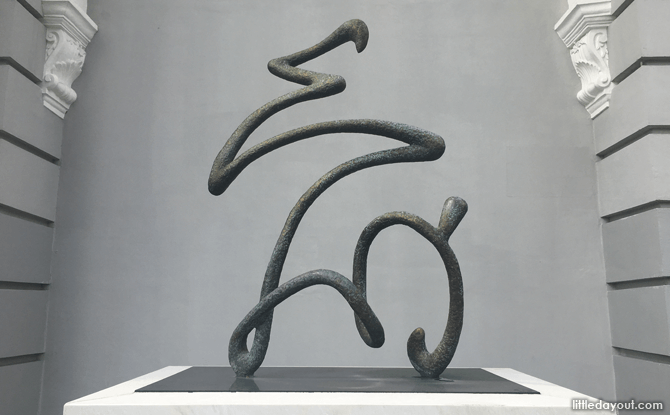 By the side of Victoria Concert Hall, you will find a calligraphic sculpture by the late Brother Joseph McNally.

This sculpture is in the form of the Chinese word “Chuan” which represents creativity. It was donated to the Singapore Symphony Orchestra by Siemens on the occasion of its 100th anniversary and unveiled in 2008.

Hidden inside the sculpture’s pedestal is a time capsule which contains 100 items representing Singapore and Siemens in 2008. 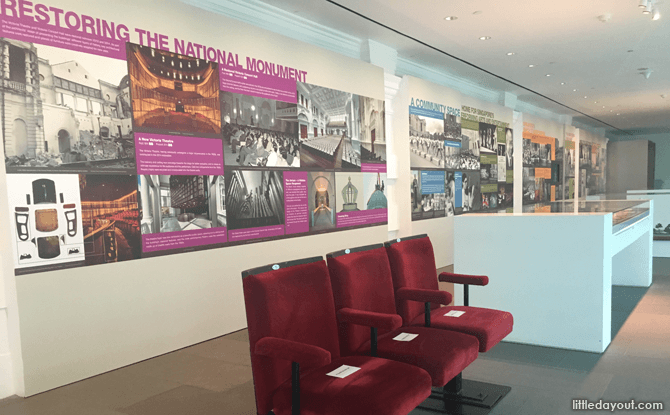 READ: Hidden Stories Behind the Facades at Singapore’s Civic District