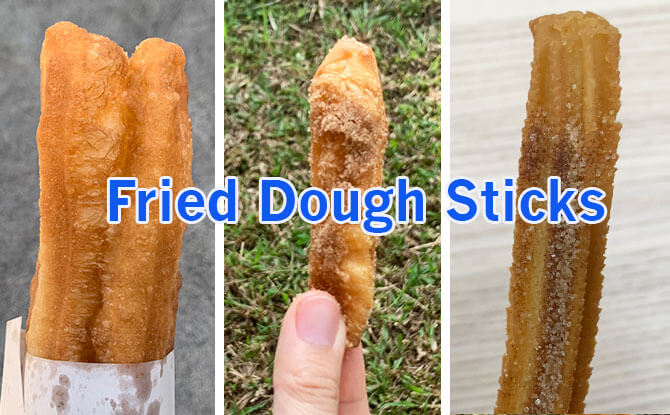 The recent announcement by McDonald’s about their new Donut Sticks got the office buzzing with excitement. That got us thinking – how would these compare with other similar classics such as our youtiao and the Spanish churrio. We decided to settle the question the best way we knew how – by trying three fried dough sticks! 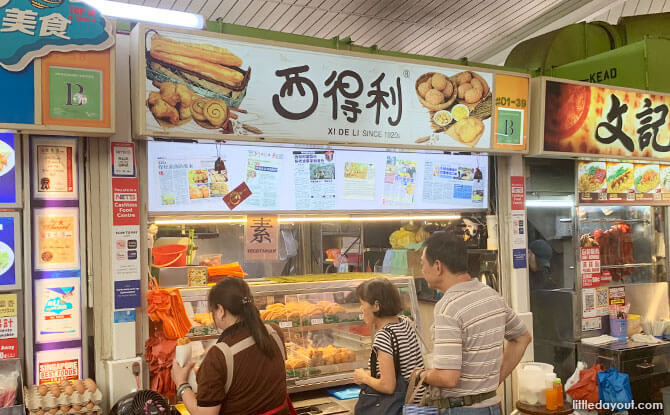 Youtiao is the home town favourite. This ubiquitous fried dough stick can be found everywhere in Singapore. We picked up ours from the Xi De Li at Clementi Hawker Centre. This stall has been around since the 1920s. 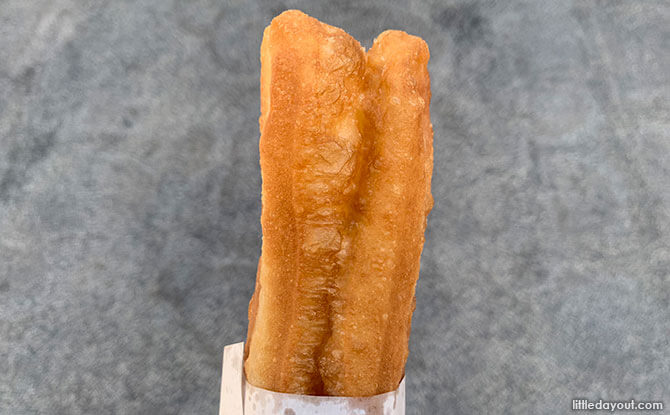 The freshly fried youtiao was crispy on the outside. It had a nice chew to it. Classic breakfast food which brings about feelings of comfort every time. Perhaps, the only issue with youtiao is that, in today’s health-conscious world, it does seem to be slightly oily.

However, at $1 a piece for a large piece of comfort food, the youtiao is a dough sticks that is hard to beat. 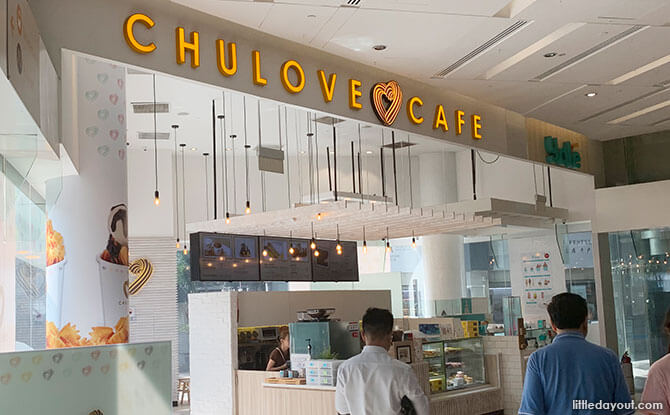 These doughsticks which originated from Spain are extruded out and fried. We headed over to Chulove Cafe at Clementi Mall to get this handy snack. While there were many different varieties with various colourful toppings, we decided to settle on the classic churrio with a chocolate dipping sauce ($5.90). 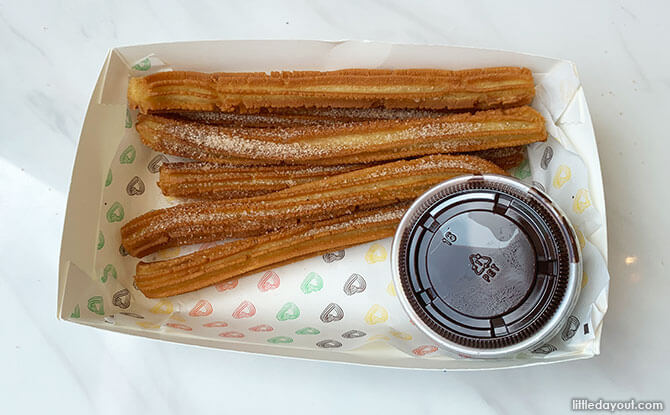 The churrios have a bite to them with a crisp cinnamon sugar-coated exterior. This gives way to a more “doughy” interior, but we could always taste the crunch of the deep-fried outside as we munched on it.

The McDonald’s Donut Stick is the smallest of the three dough sticks that we tried. It comes in a packet of six for $2.20. 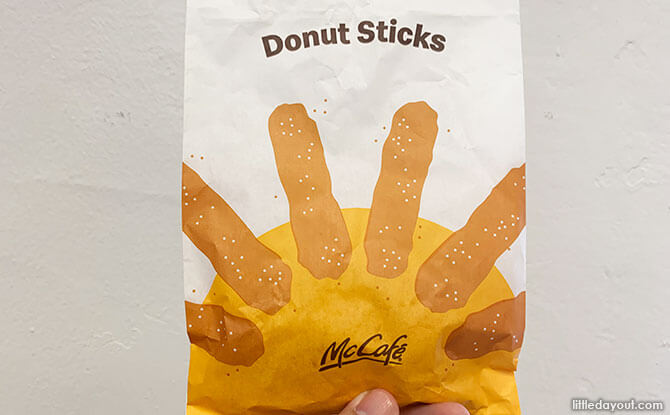 The exterior of the packet had the donut sticks arranged to look like a sun – a nice perky picture to brighten up the morning. 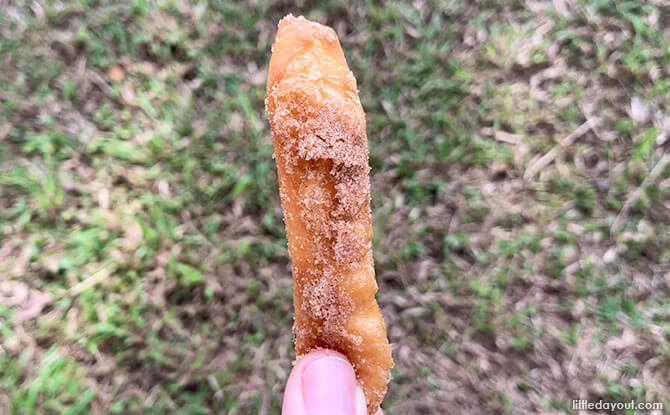 The texture of the McDonald’s Donut Sticks is similar to that of youtiao. It had a nice chew to it and, on the plus side, isn’t quite as oily as the typical youtiao. The smaller size also made us feel less guilty about popping them into our mouths.

The cinnamon sugar gave it a nice sweet flavour. The only thing we bemoaned was that it didn’t come with any chocolate dipping sauce.

Amongst the three dough sticks that we tried, the majority really liked the McDonald’s Donut Sticks and picked it as their favourite, at least for this period when it is available. Of course, the youtiao also had a lot of fans and it will always be a classic that is close to our hearts!