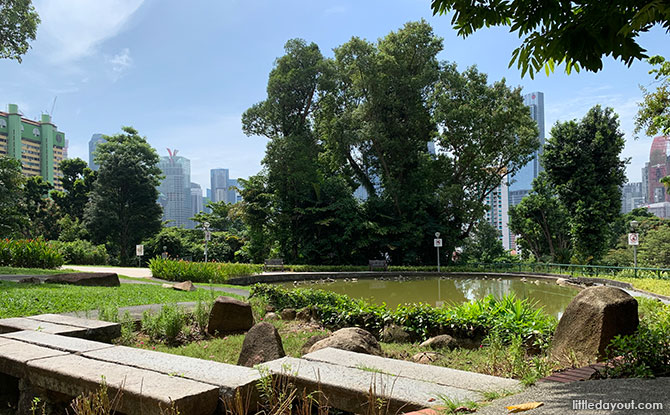 Pearl’s Hill City Park is a hidden trove of nature at the edge of a bustling city. Surrounded by the tall buildings along Eu Tong Sen Street and Chin Swee Road, the park is a peaceful nature spot, full of greenery and historical significance.

How Pearl’s Hill Got Its Name aka “Who is Pearl”? 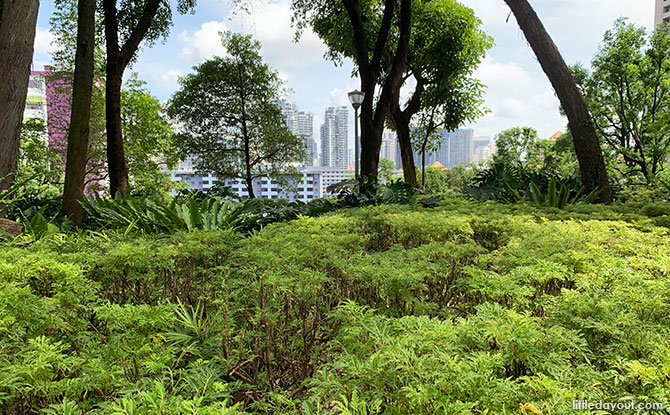 Pearl’s Hill is named after Captain James Pearl, commander of the Indiana, the ship which brought Raffles to Singapore in 1819.

Before Raffles’ arrival, the hill was covered with gambier plantations, owned by Chinese planters.

Pearl decided he wanted to take up residence in Singapore and, since he liked the hill’s location, started to buy out the Chinese planters. He eventually owned the entire hill in 1822 and had a house built at the top to stay.

As a tribute to Raffles, he called the hill Mount Stamford. However, when Raffles found out that Pearl had bought the hill without his approval, he directed that the hill should be repossessed.

While Raffles eventually relented, the incident left Pearl with such a bad taste in his mouth that he decided to rename the hill after himself. 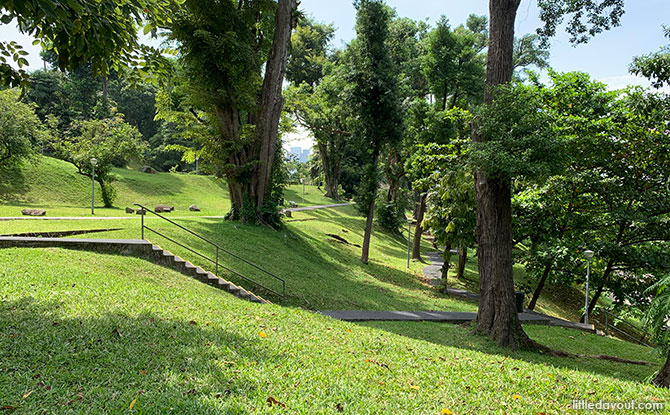 Even though Pearl eventually returned to Europe and sold the hill back to the government in 1828, the hill continues to bear his name to this day.

Nature in the City 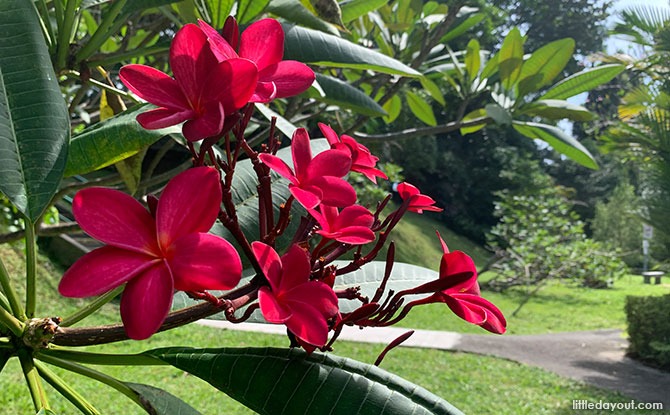 Pearl’s Hill City Park is a tranquil nature spot built around a service reservoir at the top. Built in 1904, the reservoir is similar to the one at Fort Canning Park.

That’s not the only connection between the two hills. Once taller than Fort Canning Hill, the top of Pearl’s Hill was “shaved off” in the 1800s to make Fort Canning Hill and its military fort the higher ground. 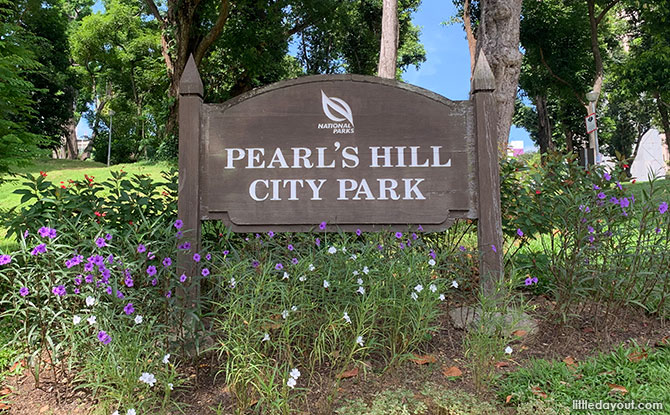 It became a park in 1974 with a pond as a prominent feature near the top. 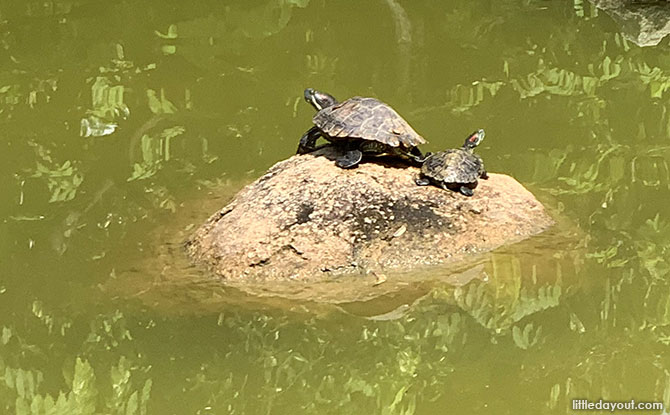 The body of water is home to terrapins and fishes. 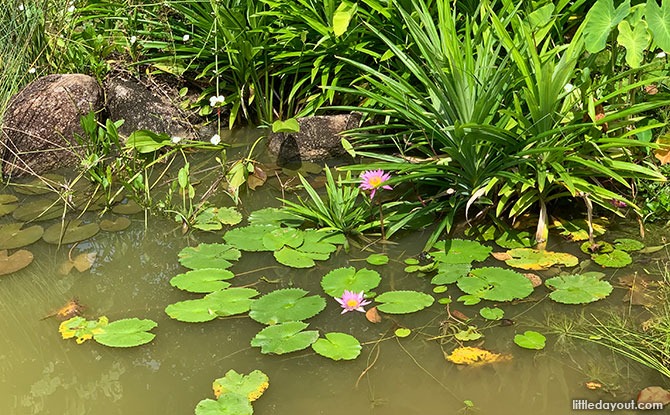 Lotus plants adorn a corner of the pond while dragonflies zip across the water’s edge. 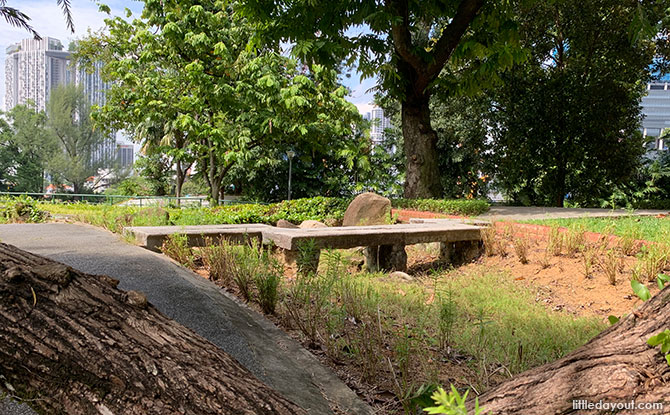 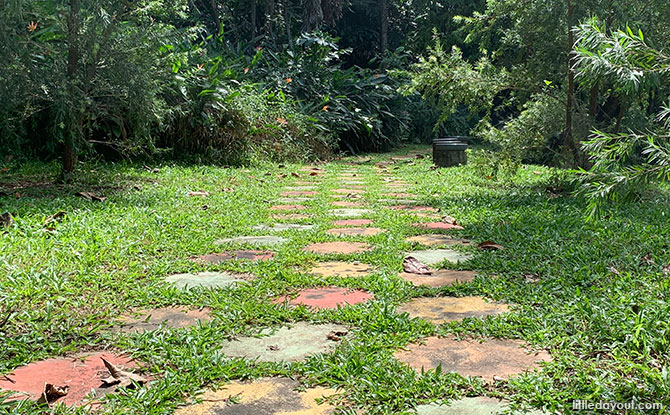 … leading to a colourful path to nowhere.

Those who are attentive will be able to spot birds and small animals in the park. Squirrels can be seen bounding from tree to tree … … while little reptiles can be spotted basking in the sun.

A walk along the winding paths crisscrossing Pearl’s Hill City Park feels like a step back in time. Besides the heritage Bodhi Tree found at near the summit, the shade of other mature trees provides ample room to ponder about the past – Pearl’s Hill has seen more than its fair share of history.

The barracks for the Straits Settlement Police were also strategically located at the base of the hill – to keep an eye on Chinatown, then a hub of criminal activity.

For those looking a spot of serene nature or a view to imagine the past, Pearl’s Hill City Park offers both. It is a hidden spot too easily overlooked in modern Singapore.

Getting to Pearl’s Hill City Park 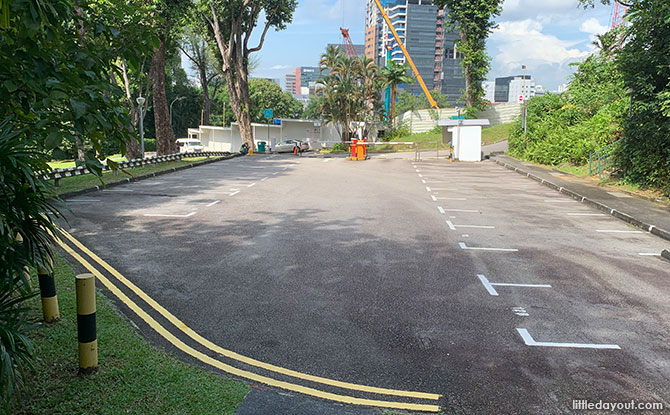