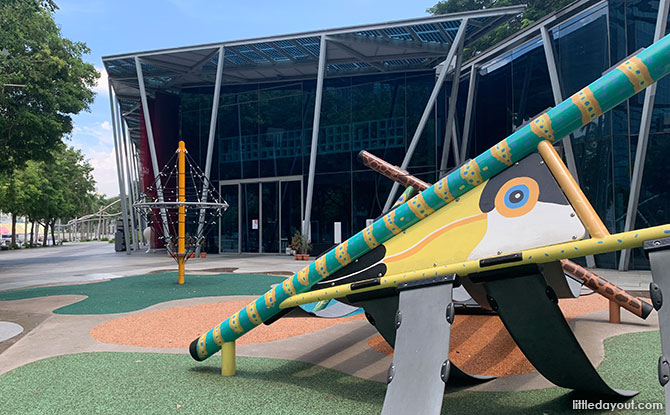 Previously, the Marina Bay Playground looked like a modern art sculpture. However, the children’s play area has now been given a makeover with colourful colours and pictures of animals which invite children to come and play against the backdrop of the marvellous Marina Bay.

Located beside the Red Dot Design Museum close to the junction of Marina Boulevard and Bayfront Avenue, the Marina Bay Playground blends together architecture and physical challenges to create different play experiences for children. 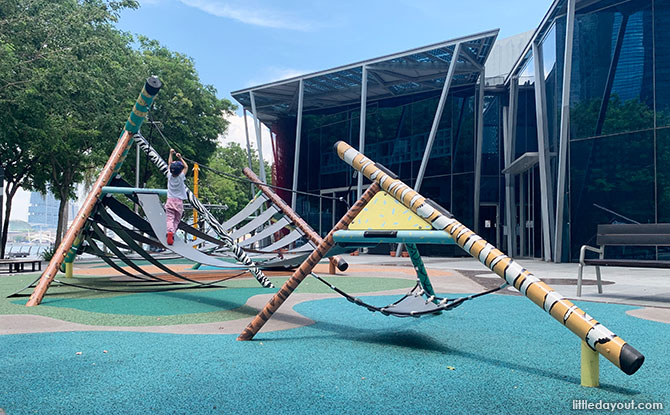 As a play sculpture, it combines aesthetics with exploration. Its angular design makes it look entirely in its element next to the Red Dot Design Museum and amongst Singapore’s skyscrapers.

The Marina Bay playground made up of pyramidal-shaped structures fashioned out of metal tubes. These are interconnected by flexible sheets of plastic and guide ropes. Slung underneath two of the pyramidal structures are low hammocks. 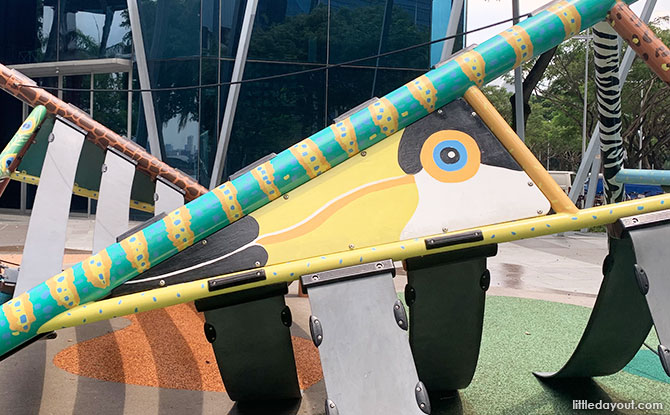 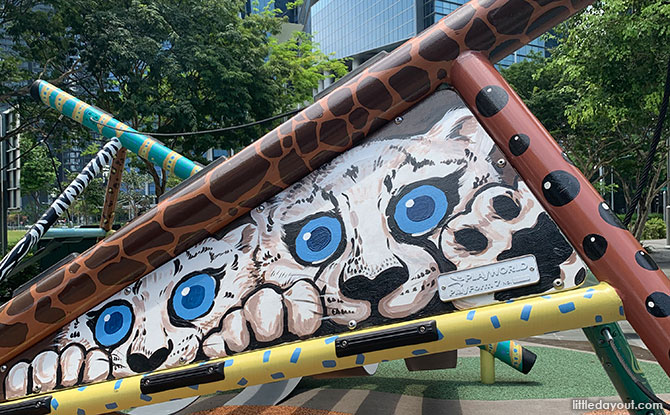 … and a pair of cubs peering out intently on another.

Kids can challenge themselves to move from one pyramid of the play sculpture to the next. The guide ropes provide support and confidence to young children as they venture out on the swaying interconnecting plastic bridges. 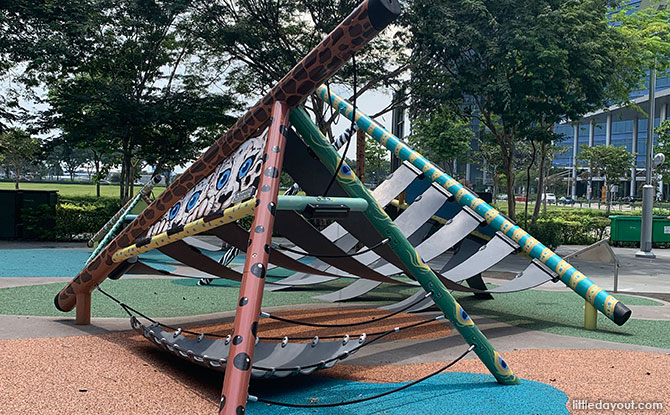 In between the two larger middle pyramidal structures are ribbons of plastic that kids will have to find their way across. 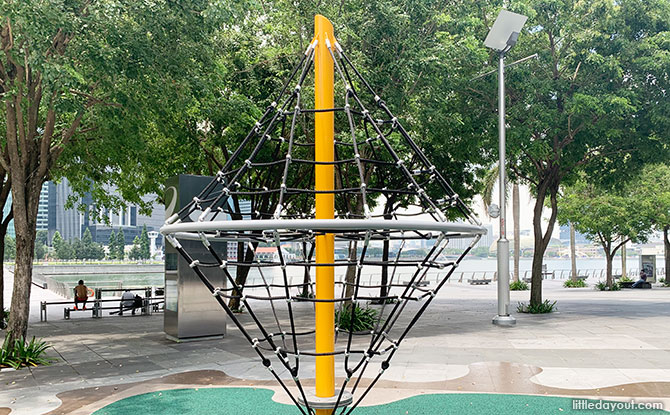 The playground also has a netted merry-go-round that kids can climb into while their caregivers spin them round-and-round.

The Marina Bay Playground is designed for ages 5 to 12 years old and is one of the rare children’s playgrounds found in the city.

Play in the City

Another children’s playground in the Central Business District can be found at Esplanade Park.

Marina Bay, arguably the modern-day equivalent of the Padang, is a new centre of social life in Singapore and therefore gets a modern and sleek play sculpture with a dash of tropical images. 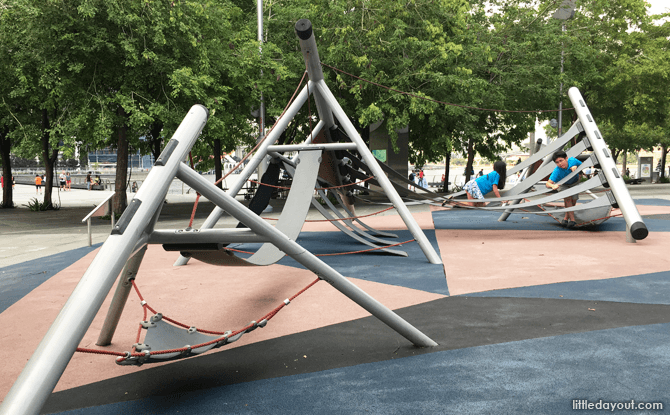 Here’s a look at what the Marina Bay Playground used to look in like the past in 2017, before its 2021 makeover.

Location: Next to the Red Dot Design Museum; close to the junction of Marina Boulevard and Bayfront Avenue