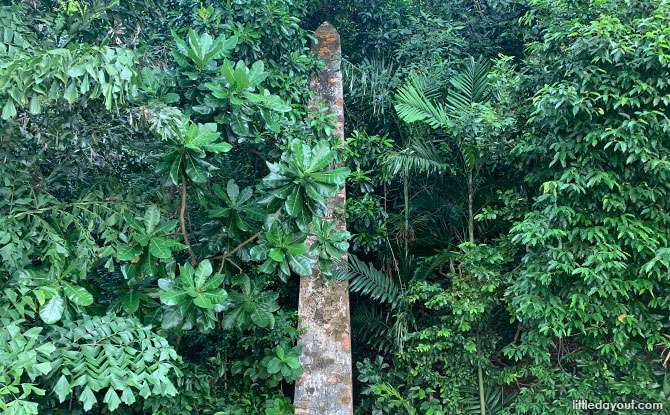 If you have ever paid a visit to Labrador Park and seen the machine gun nest at Berlayer Point, you may have noticed an obelisk standing quietly in the background.

Now extremely weathered, the obelisk at Labrador Park may seem slightly out of place. After all, don’t obelisks belong in museums or in Egypt? (By the way, actually is another obelisk on Sentosa, but it is inside Universal Studios Singapore as part of the theming for the Ancient Egypt zone. 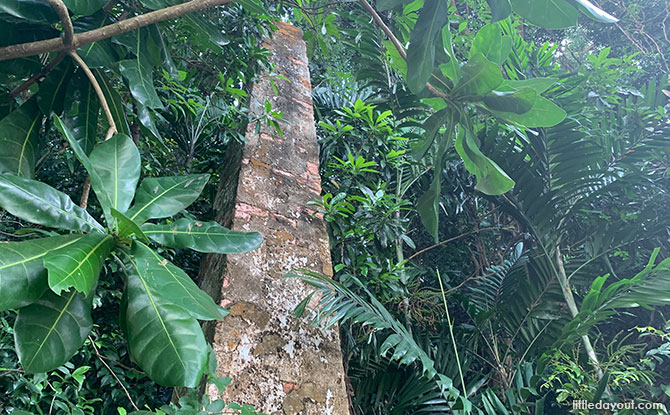 The Labrador Park obelisk had a very different purpose to being a grand monument to the past. Instead, it used to mark the western limit of the New Harbour. Never heard of New Harbour? We may be more familiar (just barely) with the term Keppel Harbour.

This was the area where a, ahem, new harbour was set up in the 1880s and named after Admiral Sir Henry Keppel.

The obelisk would have been painted white and its height would have made it easy to be seen by passing ships.

Nowadays, few give the obelisk at Labrador Park much notice but it is still a nice reminder of the time when the area in front of now-VivoCity and HarbourFront Centre played a very different role.

This past is still something you can get an insight into if you pay a visit to the St James Power Station Heritage Trail and Gallery. The trail show how the port used to operate. In the same view as the obelisk boundary marker, you can also view stones that were use to mark the boundaries of wharves.

Hmm. In that case, perhaps the Labrador Park obelisk HAS indeed become a monument to the past after all.