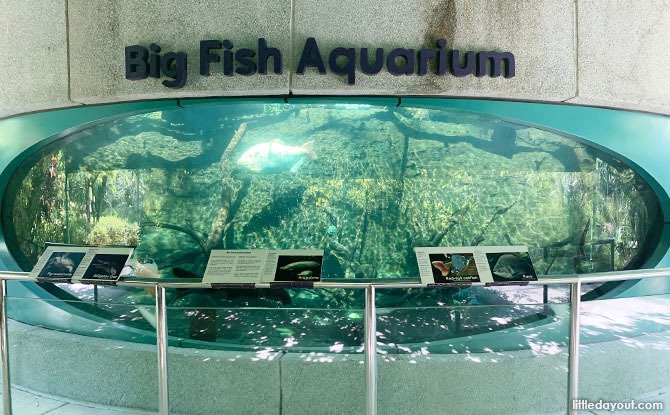 Tucked away in a quiet corner of Gardens by the Bay is its Big Fish Aquarium.

Many visitors to Gardens by the Bay will arrive at the Golden Garden, just above its main car park. While they will normally make the walk up towards the Cooled Conservatories, those who veer off the main path and take one of the side paths towards the Victoria Lily Pond will come across the Gardens’ Big Fish Aquarium.

The Big Fish Aquarium houses different species of fish. These fishes mostly come from the Amazon Basin in South America.

One species of fish that you can spot at the Big Fish Aquarium at Gardens by the Bay is the arapaima. This is the largest freshwater fish found in South America and can grow up to two metres in length – longer than most people are tall. 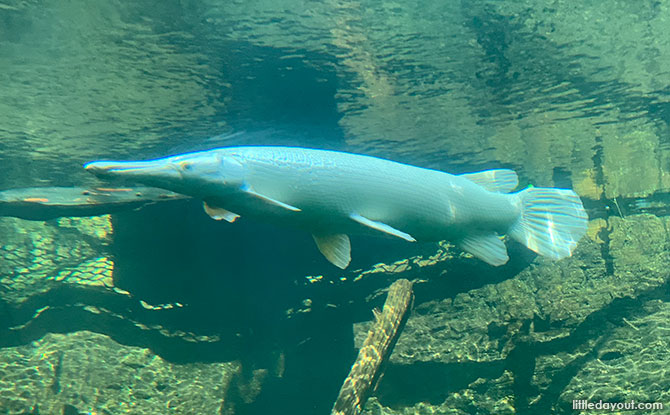 Another fish found at the Gardens by the Bay aquarium is the alligator gar, a fish with a powerful snout and sharp teeth – broadly similar in appearance to an alligator.

An English Lesson at the Big Fish Aquarium, Gardens By The Bay

You can spot the fishes swimming around the tank, which has a fish-eye looking viewing pane.

An interesting signboard at the aquarium also provides an English lesson on the use of the word “fish” versus “fishes”.

“Fishes” is used when describing different species of fish. For example, if there were both arapaima and alligator gars, you would say, “Look at the fishes”. 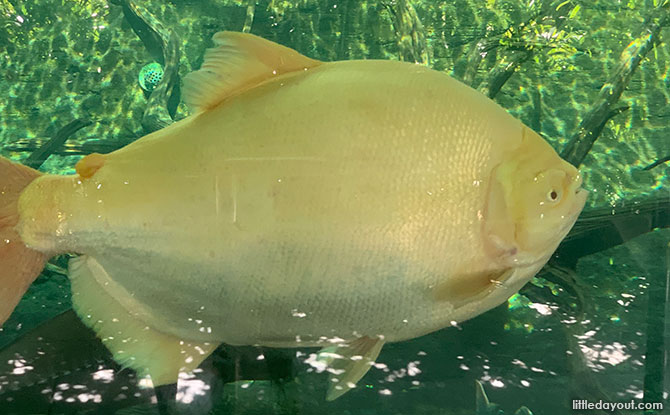 A final point about the Big Fish Aquarium at Gardens by the Bay: If you ever walk past it at night, don’t be shocked if suddenly a big white figure emerges by your side – it is probably just one of the large fish appearing by the viewing window of the aquarium.

SkyHelix Sentosa: 5 Things To Know As You Take To The Skies

Places To Interact With Animals In Singapore (Besides The Zoo)

Make Time For Holidays At Sentosa: 7 Attractions, Promos & Adventures For A Fam-tastic Time In December 2021