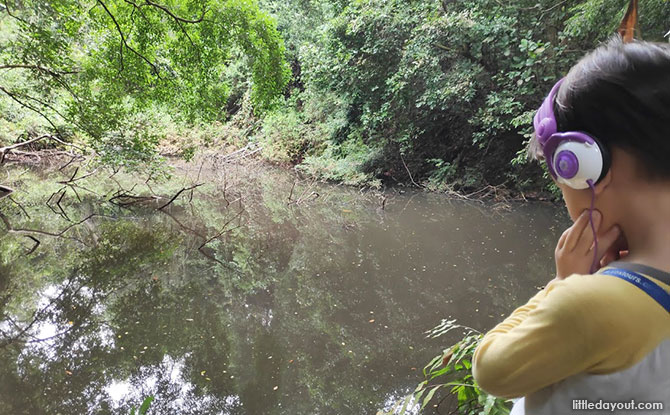 Did you know about the World War II bunker behind Seah Im carpark? Have you seen the secluded Keppel Hill Reservoir? These are all part of the little known historical treasures in the vicinity of Harbourfront and Mount Faber. Although Singapore is a relatively young country, there are plenty of gems that we can rediscover on our island.

We participated in the “Mount Faber and Sentosa” heritage tour led by My Community as a family in late 2019 and it was refreshing learning about the history of Southern Singapore.

We visited military encampments, tunnel complexes and a secret reservoir constructed by the British for defence purposes. To embark on the same trail DIY-style, you can use this suggested itinerary! Otherwise, look out for My Community tours! 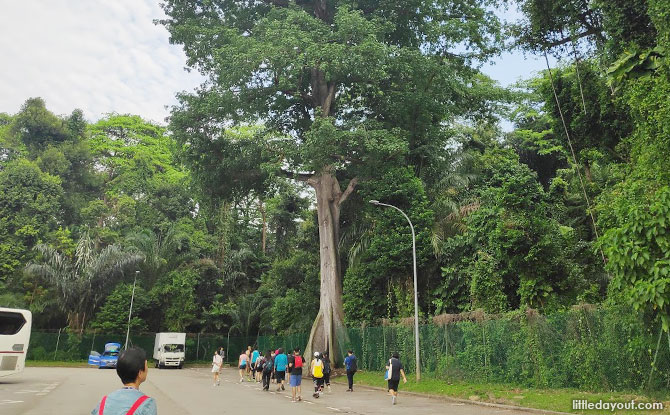 Our start point was at Harbourfront bus interchange where we gathered and received the audio devices from which we can hear our guides clearly. Just next to it is Seah Im carpark which is where we would see a tall Kapok tree marking the entrance to the World War II bunker. 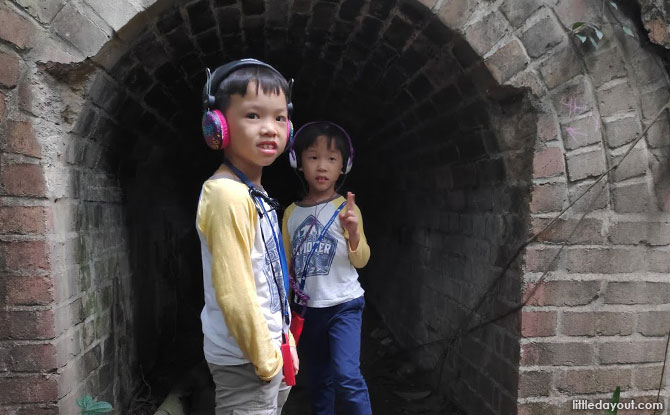 The purpose of this bunker is unknown but most likely built shortly before World War II for storage of equipment and ammunition. Its proximity to the forts in Sentosa and the Keppel naval base probably indicates its function as a storage or communications bunker. 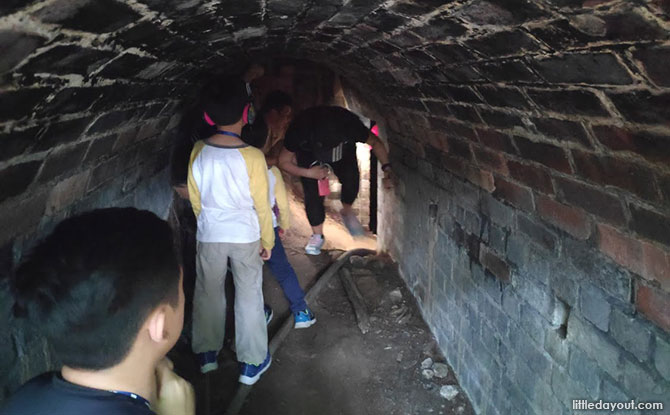 The entrance to Seah Im bunker is merely 1 metre in height.. After going past the Kapok tree and walking a short distance on the well-trodden path, the bunker should be within sight. The inside of the bunker is about 2.5 metres tall.

Because it was completely dark and the pathway to get to it was narrow, it is best if headtorches or mobile phone flashlight are used to ensure safety. As this is also a forested area, be sure to put on some repellent before visiting the bunker.

The History of Keppel Bay 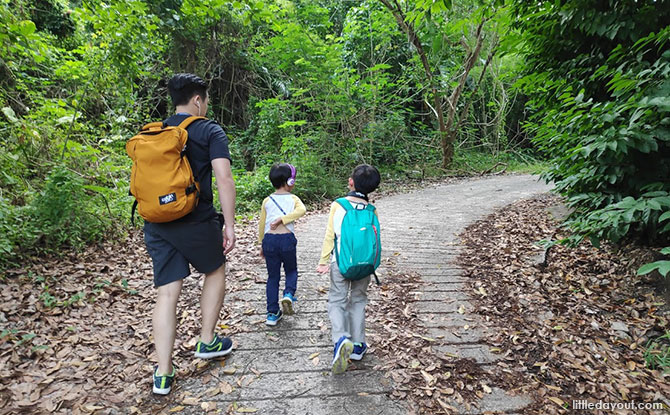 As you walk towards Wishart Road or Keppel Hill Road, look out for the Keppel Bay area across the roads at the sea. The area also known as Telok Blangah, Telok meaning bay in Malay and Blangah meaning clay cooking pot used by Southern Indians, was a port of call for Bugis traders in 1800s and accelerated Singapore’s rise as a busy port.

The famed “Dragon Tooth” or “longyamen” would most likely in the waterway, witness to the numerous Junks passing by.

The waterway at Keppel Bay was recorded to be very busy since the 13th century with ships sailing down the Straits of Malacca passing Singapore. In the mid-20th century, Keppel Harbour was a busy port of call for large ship, trading ships would unload cargo into smaller bumboats that sail right into the heart of Singapore River. In the 1950s, the docks of Keppel Bay was so busy, a fourth dock was built.

Now, the docks are not used as the shipyard has since moved to Tuas, we can still see the remnant infrastructure at Keppel Bay now home to luxury developments. 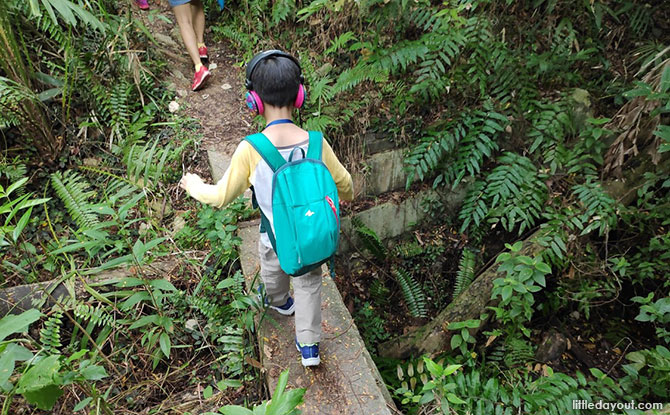 To find Keppel Hill Reservoir, first walk towards Keppel Hill Road or drive towards Wishart Road. Follow the signage pointing towards Joaquim Garden & Landscape and follow the arrow. As you come to the road with two forks, one sloping towards House no. 11, take the other path towards the reservoir. It is a man-made trail in this forested area, be careful when crossing a drainage across a narrow concrete beam and you are there! 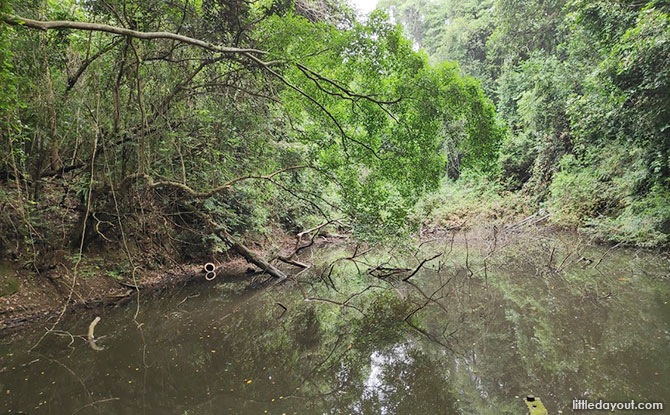 This magical, secluded body of water might make you feel like you are not in Singapore for a while. But do not attempt to get in the water. The reservoir was a catchment area on Keppel Hill about 2m in depth and a short length of 20m. As it was unsustainable as a water source, it was abandoned. From earlier surveys in 1905, the reservoir served as a small water source for the population in the area. 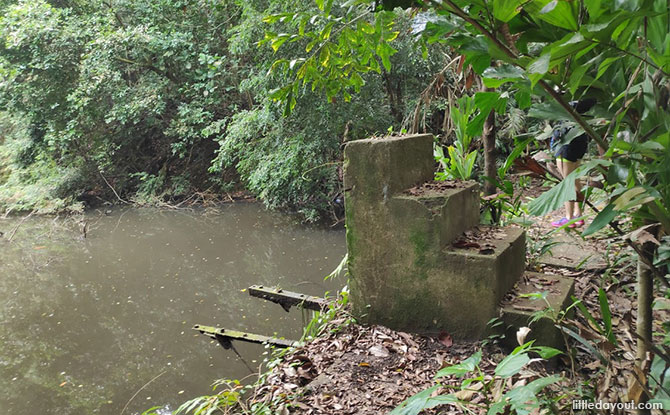 It was also used as a swimming pool, and you can still see the remnants of the diving platform and steps. Do be careful as there have been drowning incidents of both British and local soldiers in the past.

Meanwhile, enjoy the tranquility of this forgotten reservoir which is probably visited by curious explorers these days. 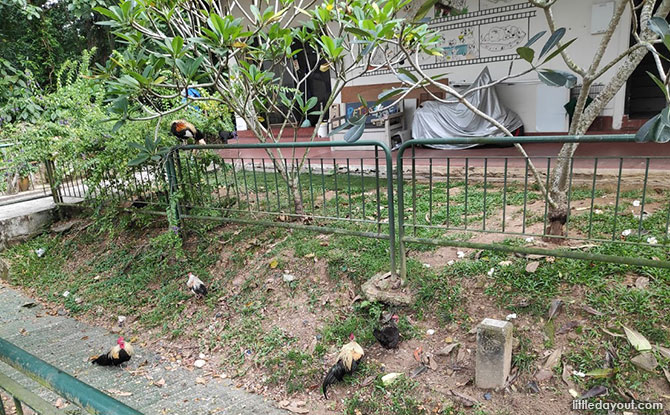 We hiked up Mount Faber next and passed plenty of black and white houses which housed Eastern Extension Telegraph Company’s staff in the 1900s. The houses at Pender Road are not accessible to public but you can admire the architecture from a safe distance. As there is no pedestrian path leading up to Mount Faber, families with children will need to be extra careful when walking in a single file. 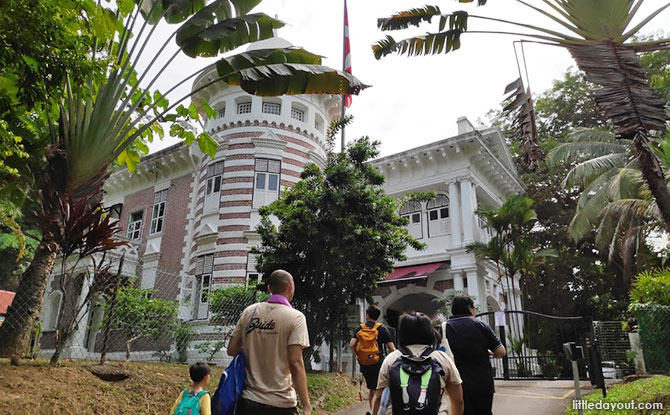 We were left panting going upslope for a good 20 minutes before arriving at Golden Bell Mansion, currently the Danish Seaman Church.

This beautiful Victorian styled mansion was built in 1909 and owned by Tan Boo Liat, grandson of Tan Tock Seng. The mansion was gazetted as part of the Southern Ridges Conservation area. One famous person who lived in the mansion was Sun Yat Sen, whose revolutionary efforts Tan supported tremendously. 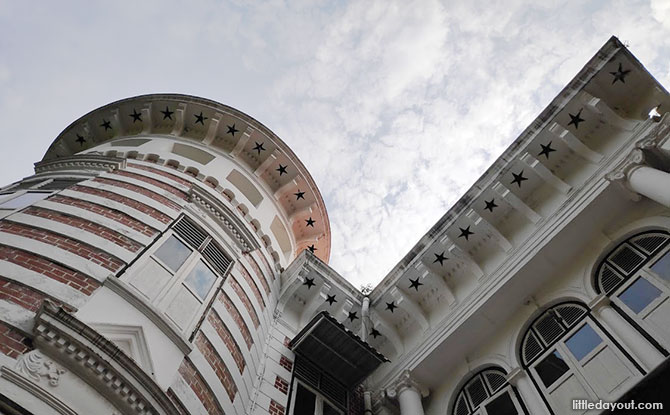 Get a chance to recharge and purchase some drinks from the stall while admiring the penny tiles and the aesthetics of the place. There is also a tower like a Thai stupa which honours Tan’s friendship with the King of Siam (Thailand). 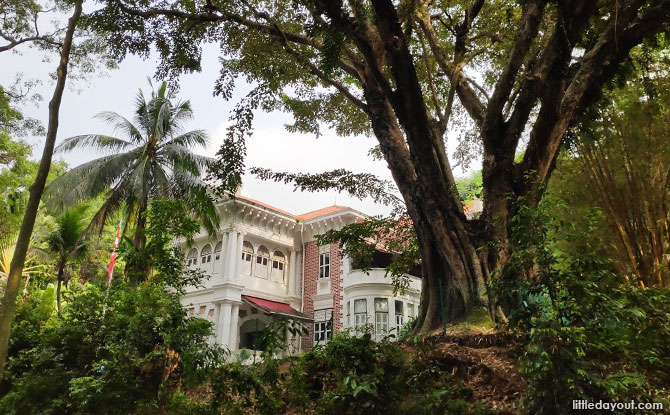 Look out for the beautiful heritage Angsana trees in the compound which have been there since the early half of the 20th century. 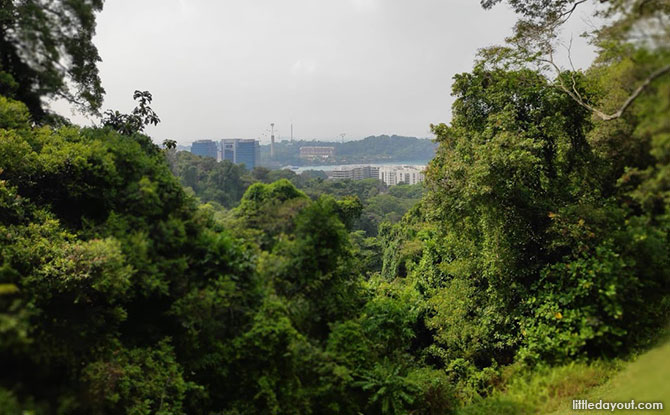 We walked to Mount Faber’s peak which was a short distance from Golden Bell Mansion. The view of Sentosa was clear and the beautiful foliage would resemble the the scenery of the past. Since Mount Faber offered a panaromic view of the bay, it was prime land for a lookout.

Did you know there is even a underground complex built in 1936 to coordinate defense forces in Southern Singapore? We did not visit the complex, but it is possible to visit with My Community tours. 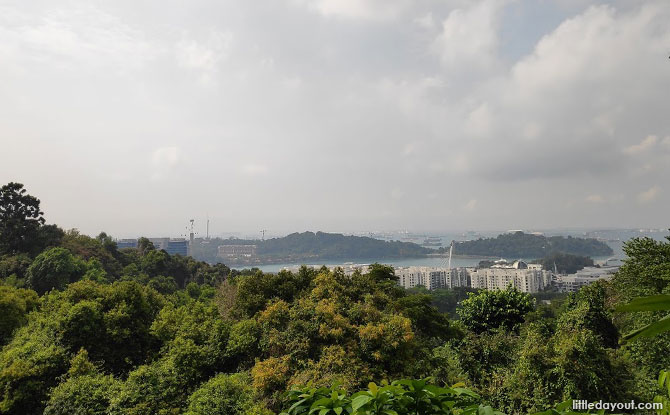 Mount Faber was made a fort with mortars and guns in 1860s. However, the fort was disarmed soon after and ceased to function as a fort in 1885. It then housed an observatory.

Now Mount Faber is home to restaurants and a cable car station. You can also take the cable car to Siloso Point to continue learning about Fort Siloso and its significance to Singapore’s history.

We highly recommend looking out for Yip Yew Chong’s Siloso murals while you are at it.

Rediscover The Charm and History of Southern Singapore 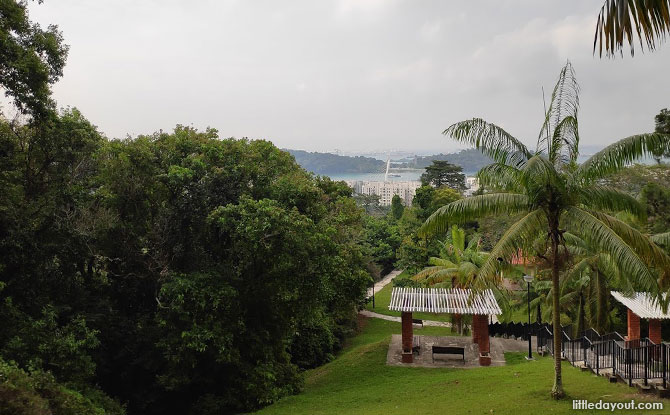 We love heritage walks and the chance to discover lesser known stories of Singapore. In addition, we got a workout in return taking hilly paths. Looking at places, landmarks and architecture from different periods is a much more enriching lesson compared to flipping through history books or websites.

Put on good walking shoes, prepare some repellent and get ready to rediscover the secrets of Southern Singapore!