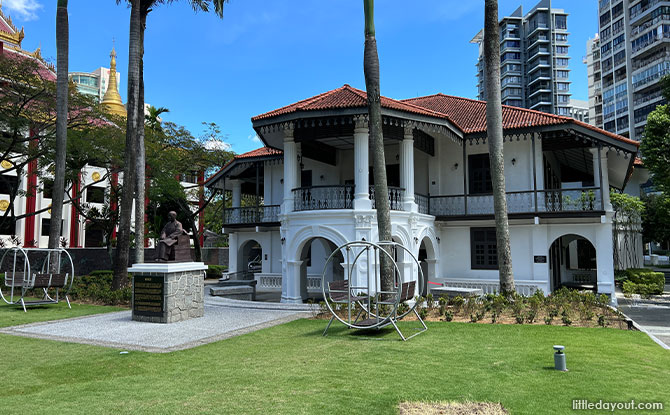 Sun Yat Sen Nanyang Memorial Hall is a colonial villa found in the Balestier neighbourhood. In the past, this quiet enclave was favoured by rich merchants for its privacy. Its discrete location also made it an ideal base for Dr Sun Yat Sen and his organisation, the Tong Ming Hui, in 1911 as they made plans to topple the 267-year rule of the Qing Dynasty in China.

A Villa with Many Names 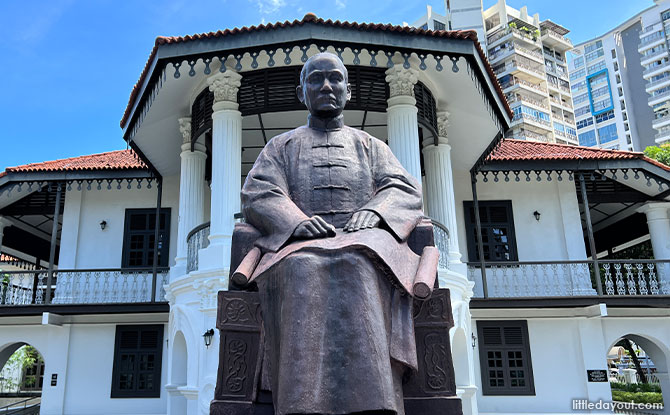 Today, a bronze statue of Dr Sun Yat Sen sits at the front of the villa. Sun, who lived from 1866 to 1925, stayed at the villa on four of his nine visits to Singapore. He would work and sleep in a rear room on the second floor.

The land the villa is built on was originally granted to Loh Jun Teck in 1856 and acquired by Boey Chuan Poh, a local newspaperman. Boey built the Victorian-style villa, and it was known as Bin Chan House.

In 1905, it ended up in the ownership of rubber merchant Teo Eng Hock who bought it as a retirement home for his ageing mother, Tan Poh Neo. Teo renamed the house Wan Qing Yuan (Serene Sunset Garden) after a line from a Tang Dynasty poem to convey his wishes for his mother to enjoy her golden years. The villa is still known as Wan Qing Yuan today.

A Base for Revolutionary Thinking

After Teo met Dr Sun in 1905, he offered the use of the villa to the Tong Ming Hui or Chinese Revolutionary Alliance, an underground resistance movement against the Qing Dynasty.

Dr Sun aimed to overthrow the Qing Dynasty and establish a new republic in China. He had a price on his head in China (literally), and his struggle took him around the world to rally support for his cause. Singapore and Malaya were key support bases because of the many overseas Chinese living and working here.

Galleries into the Past

Today, the Sun Yat Sen Nanyang Memorial Hall is a heritage building dedicated to Dr Sun’s revolutionary activities in Southeast Asia. Dr Sun’s life work culminated in the 1911 Revolution in China and the elimination of the Qing Dynasty. These events not only ended Manchurian rule in China but the country’s long imperial history. 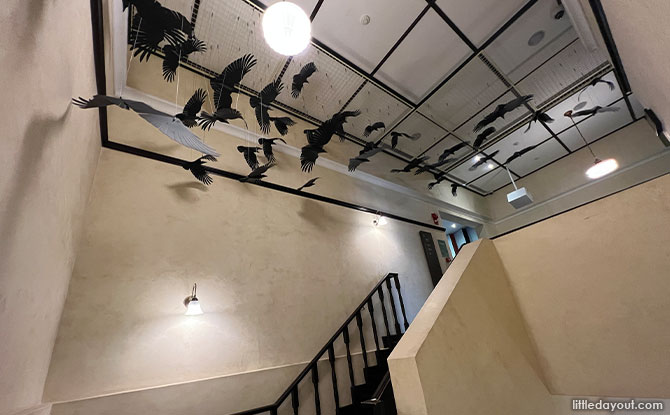 The other galleries are located on the second floor of the memorial hall. On the way up, visitors can view the Harbingers of Revolution installation. This installation recreates a scene recorded by Teo Eng Hock in Nanyang and the Founding of the Republic (1933) which described a flock of crows mysteriously flying into the villa the night the Tong Meng Hui Singapore Branch. It comprises 40 suspended crows made of galvanised steel, in various flight patterns.

Tong Meng Hui in Singapore and Nanyang provides greater insight into the life of Dr Sun Yat Sen and charts out the activities that took place in Singapore rally the local Chinese community’s support for the revolution in China. 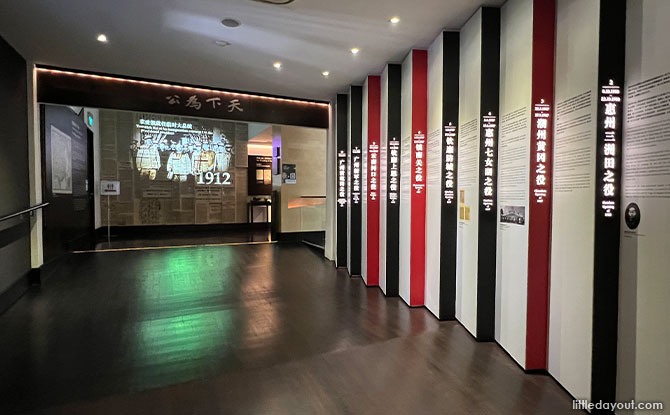 Overthrowing the Monarchy, Establishing a Republic looks into the events and failed uprisings leading to the fall of the Qing Dynasty in China. 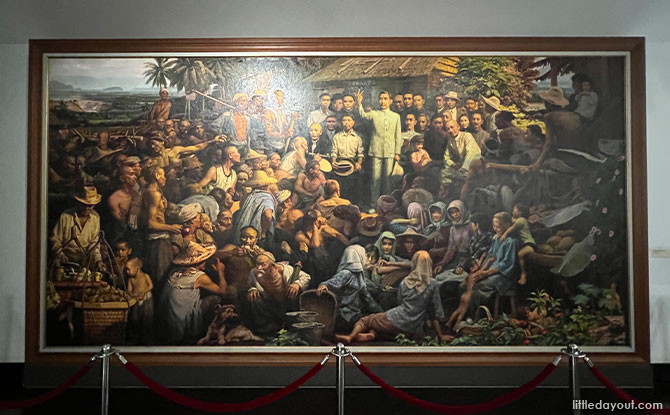 The last permanent gallery, Echoing the Establishment of the Republic of China from a faraway Nanyang, examines the impact of the new China on the Chinese communities in Southeast Asia. 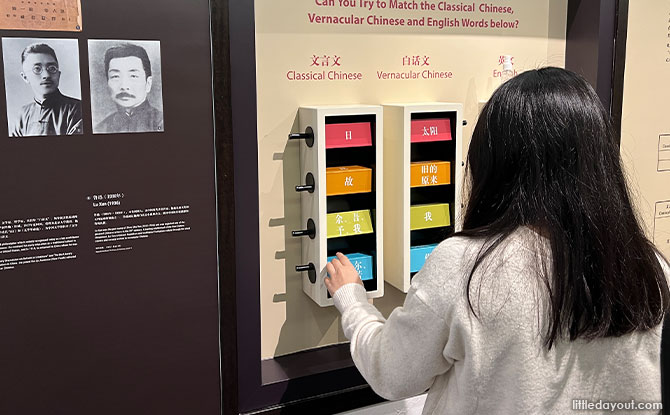 Some of the exhibits in the galleries are interactive to enhance a visitor’s experience. One such interactive exhibit includes a mini-game where visitors can try to match the Classical Chinese, Vernacular Chinese and English Words by turning colourful blocks. 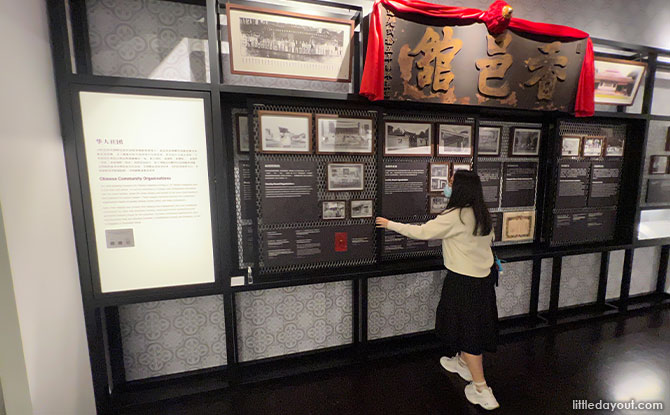 Visitors can also move the various panels at some of the exhibits so as to reveal more information and facts. Visitors are encouraged to maintain good personal hygiene and use the hand sanitisers located around the gallery. 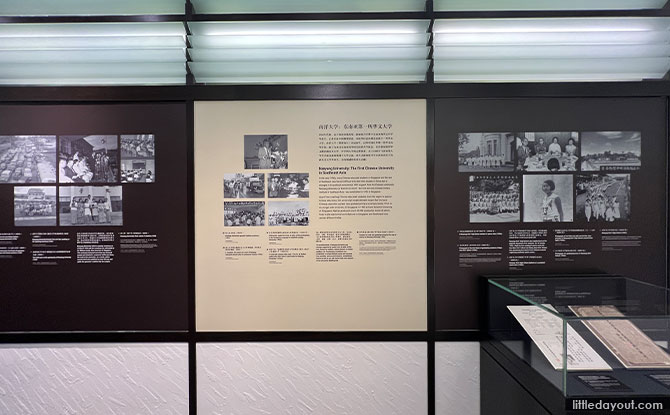 The Sun Yat Sen Nanyang Memorial Hall will appeal to those keen to learn more about the establishment of modern China and the role the overseas Chinese played in supporting the revolution. Text panels accompanying the exhibits are informative but require some patience to read through and digest.

Families with kids may wish to note that the subject matter may come across as heavy-going. It may be helpful for parents to guide children through the exhibits and provide them with some context to the age Sun Yat Sen lived in, for example, peasant rebellions to imperial rule and the spread of western influence as China was forced to open up. 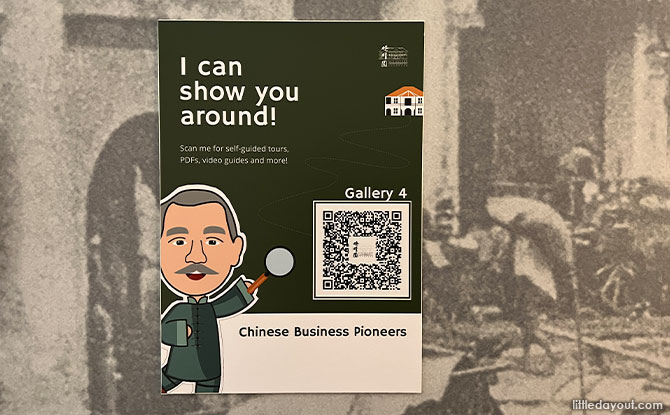 Visitors can scan QR codes located around the museum to do a self-guided tour.