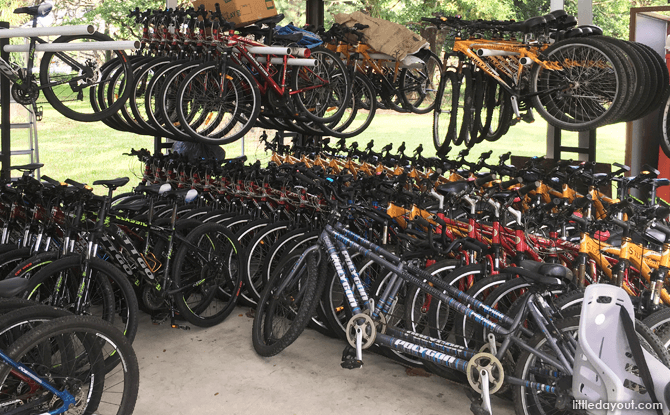 East Coast Park bicycle rental stations make it easy to enjoy cycling at one of Singapore’s favourite recreational spots. Pick up a bike and off you can go for a leisurely cruise along shaded beachside paths.

If you are wondering where you can find the bike rental kiosks along the 11 km long East Coast Park and what type of bikes are available for rent, this guide is for you.

Time to start a new hobby?

Now, here are the locations you can find East Coast Park bicycle rental stations and the areas they are sited in. We have listed them in order, starting from the kiosk closest to the City and ending with the bike rental station closest to Changi Airport. 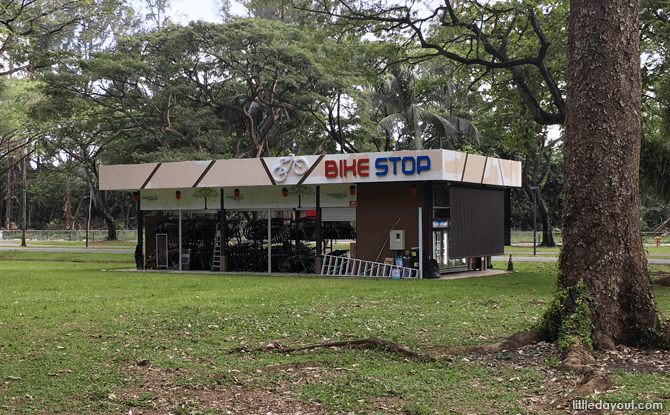 This bike kiosk at Area B is pretty isolated. It is located close to the Fort Road flyover and makes a good starting point to explore the section of East Coast Park closest to the City or even to venture to Gardens by the Bay East. Bicycles available for rent include regular bikes, tandem bikes, children’s bikes and adult bikes with child seats. In addition bike rentals, Bike Stop at East Coast Park Area B1 also sells refreshments. This is especially useful since there are no other shops nearby. 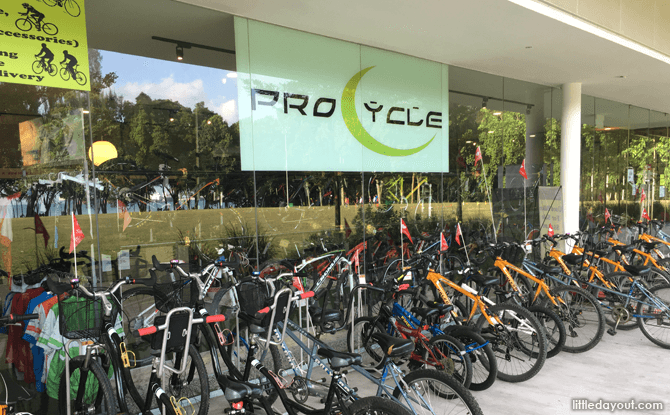 From the outside, Pro Cycle looks like a shop selling bicycles but enquire inside and you will find that they also rent bicycles. They have both adult and child-sized bikes available for rent. You can find Pro Cycle at Parkland Green, opposite Parkway Parade. Close by is a Cheers convenience store where you can stock for your ride. Parkland Green also has restaurants if you wish to grab a post-ride bite. It is also close to the East Coast Park Road Safety Park. 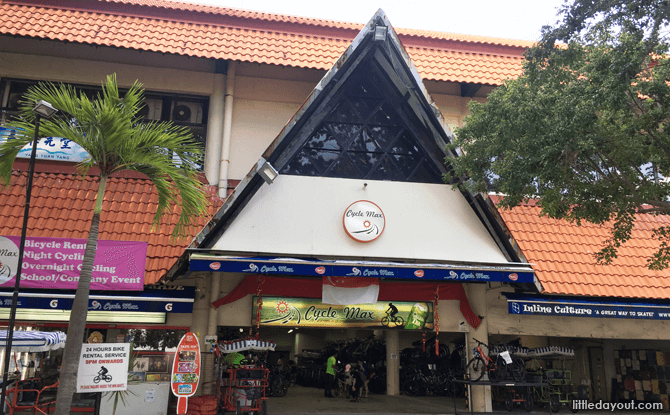 CycleMax is located at Raintree Cove, a location known for the only Burger King drive-through in Singapore. Parents may also know it as the location for DiggerSite and previously The Polliwogs. Facing the beach, CycleMax rents out regular adult and child bikes, as well as quad wheel bikes. 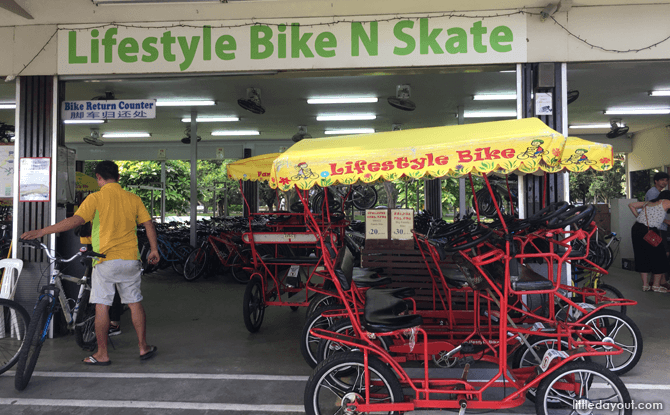 Close to Raintree Cove is another bike shop, Lifestyle Bike N Skate. It can be found in a standalone kiosk along the bicycle track near East Coast Carpark C4. It is not be affected by Raintree Cove’s closure. This East Coast Park bicycle rental shop rents out the standard adult and child bicycles along with quad bicycles. 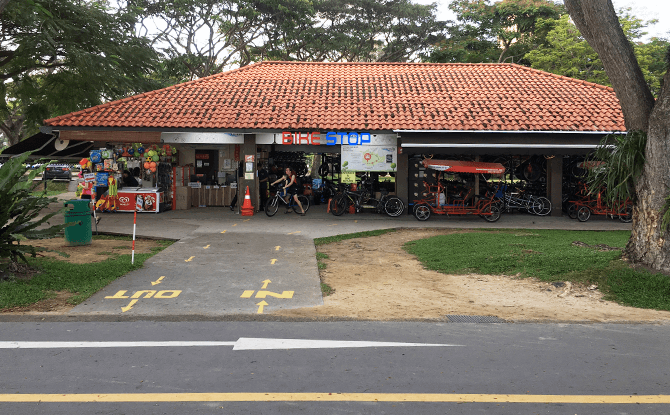 If you want to burn off some calories before tucking in to the food at the East Coast Lagoon Food Centre, head over to Bike Stop at Lagoon Food Centre. This can be found next to Carpark E2, beside the cycling track. This kiosk also rents out quad family bikes. Just like Bike Stop @ Fort Road, you can also buy refreshments here. 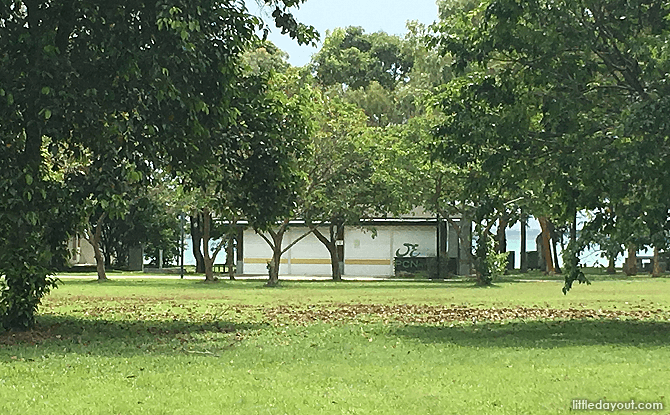 Believe it or not, there is still another bike rental kiosk at East Coast Park. You can find it in an unbelievably ulu location at East Coast Park’s Area G. It is so close to Changi Airport that you can see planes coming in on their final approach to land at the airport. This is the closest kiosk to get a bike if you intend to go on an epic ride to Changi Beach Park along the Park Connector Network or explore the surrounding, uncrowded section of East Coast Park.

However, one thing to note is that if you intend to come to the bike kiosk at the National Sailing Centre, be sure to call ahead first. According to their website, it is open on both weekdays and weekends. However, it was closed when we visited on a Monday and Tuesday. Must have been a slow day…

Here are the estimated prices you can expect to pay for bicycle rentals at East Coast Park.

Gardens By The Bay Is Reopening 1 July. Here’s What You Need To Know.

Happy Birthday, Singapore Zoo! Here’s A Look Back At Our Favourite Zoo Stories.

LEGOLAND Malaysia Has Reopened. Here’s A Peek Inside.

ABOUT US
Little Day Out is a Singapore-based online magazine with exciting ideas and on-the-ground stories on the best of Singapore and the region for families. It is the perfect go-to guide, helping families create memories that last a lifetime.
Contact us: hello@littledayout.com
FOLLOW US
© Copyright 2020 - Big Little Company Pte. Ltd.
MORE STORIES
Entertainment

SCDF Videos Bring The Fire Stations To You