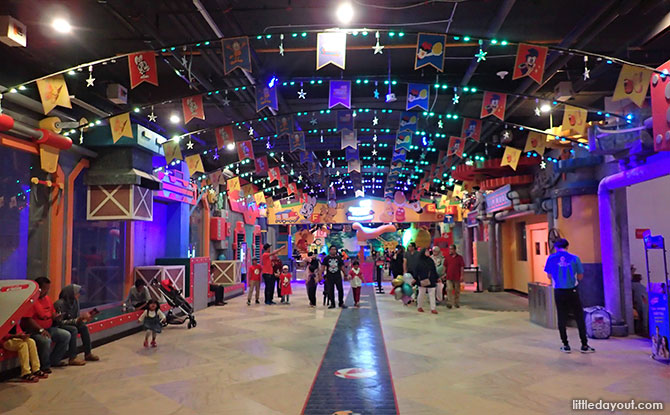 Located inside the newly opened Capital 21 mall, the MCM Theme Park brands itself as the region’s largest indoor theme park.

Even though there have been murmurings about Capital 21 mall and the MCM Theme Park not meeting expectations, we decided to check the theme park out for ourselves to get a look at what to expect on a visit.

Want to know what it is currently like to visit the MCM Theme Park? Read on. 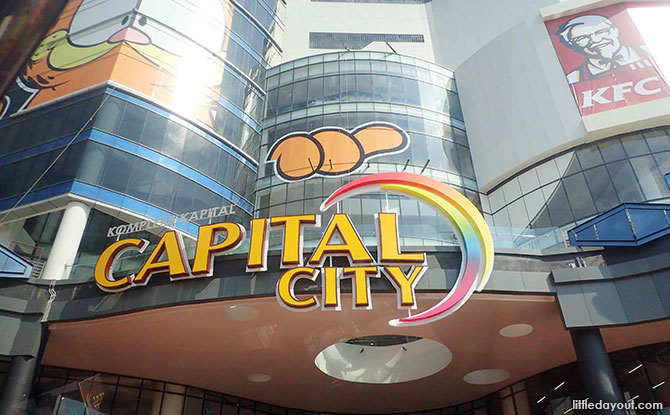 Our first impression of the Capital 21 Mall was honestly not too bad, despite the mall being incomplete. There was still quite a lot of traffic on a Saturday and the place was brighter than we expected. 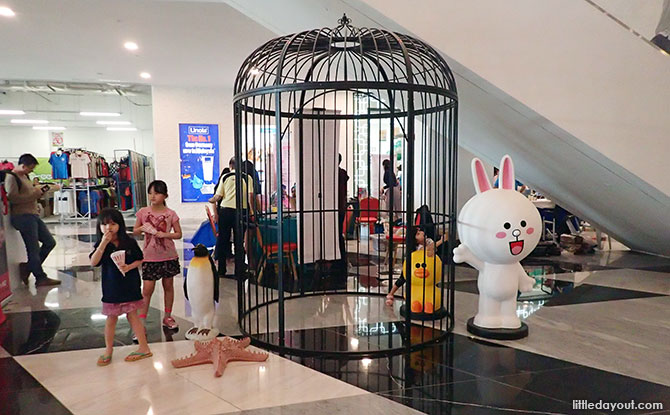 We were more amused than confused by the random Line characters, penguin and starfish next to a cage. Nonetheless, kids seemed pretty happy using those statues as a play area. 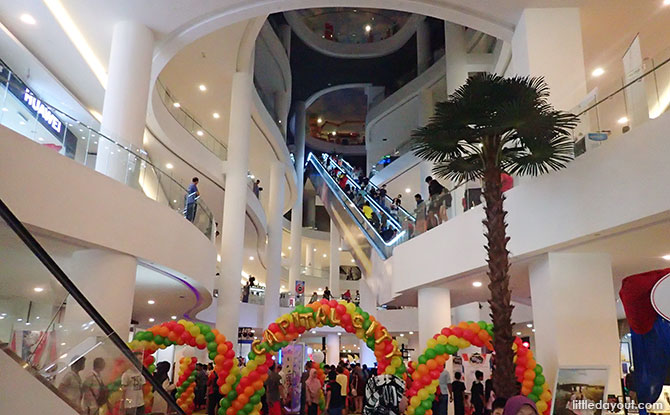 After escaping the hoard of insurance and property agents at the basement, we made our way to the MCM Theme Park by lift – following little signs on the floor – as the escalators are still not complete. 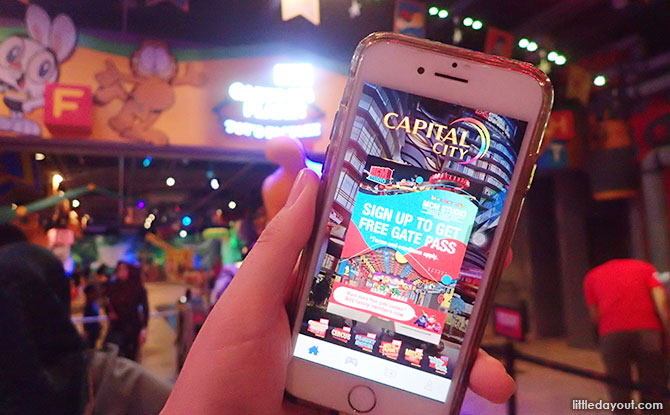 For a limited period of time, visitors who download the Capital JB app gets a free Gate Pass to the MCM Theme Park worth RM30 (S$10). 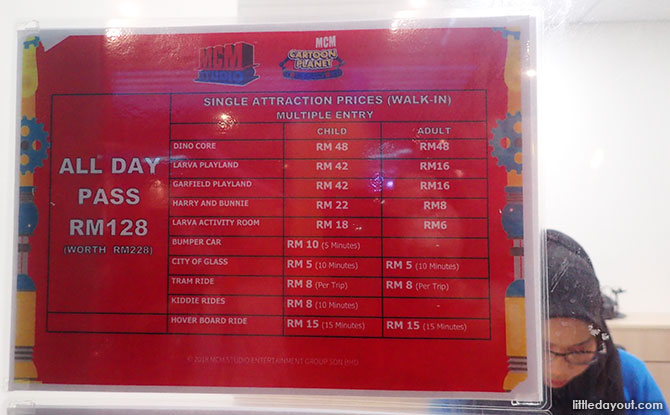 Alternatively you can get a Day Pass for RM128 (S$42), which will allow access to majority of the rides and attractions. (There’s no “express” option to skip queues like at Universal Studios Singapore or Tokyo Disneyland). The Day Pass also allows multiple entries for certain attractions. Children below 0.9 metres enter most attractions for free.

We proceeded to the ticketing counter to get our paper wristband with a QR Code. We suggest allowing the staff at the entry gantry to put it on for you as any tears would make the entry wristband unusable.

The MCM Theme Park entry band works similar to an EZLink Card – you have to top up a minimum of RM10 at the ticketing counter. You can use the credits for food, rides (if you’re only getting a gate pass) and souvenirs. Wristbands can also be topped up at the attraction counters inside the theme park.

What to Do at the MCM Theme Park, Capital 21, JB

On our visit, there were five attractions, and four “rides” that were open. The only familiar character to us was Garfield, but there were a few other characters from cartoons that may be familiar to some.

Here’s a glance at what you can expect at each of the MCM Theme Park attractions. 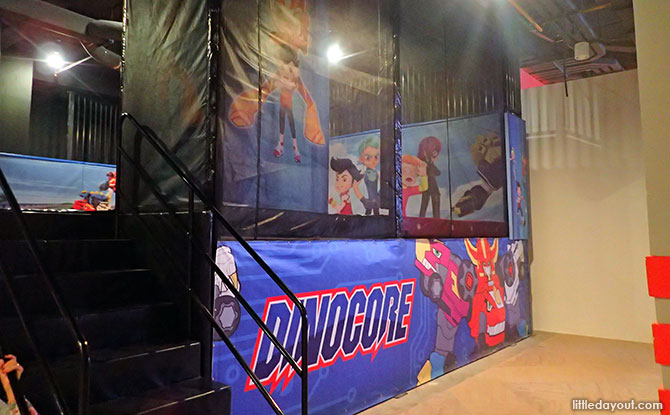 This activity park, although open and furnished, was rather empty. 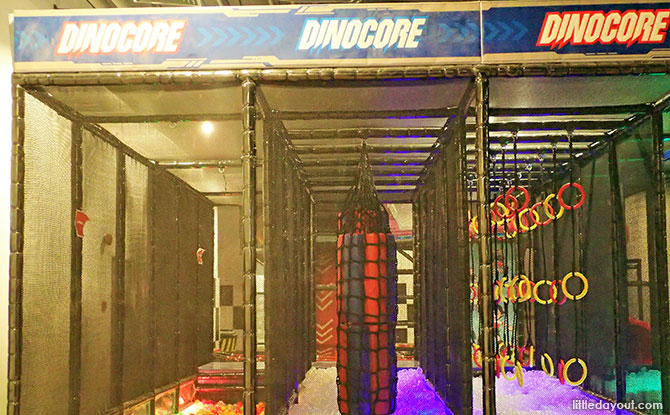 Some of the activities here include a trampoline section, a foam pit, castle playground, and an airbag jump. 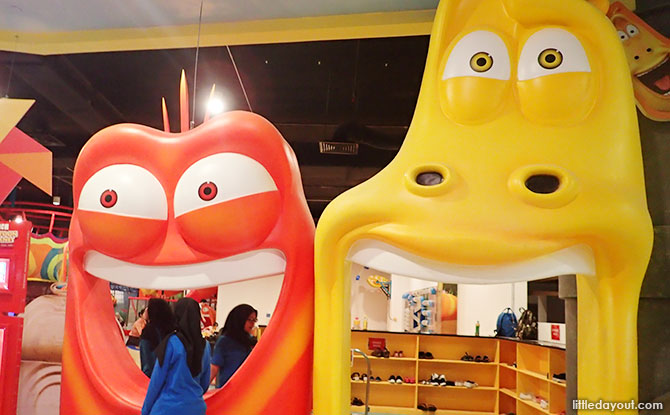 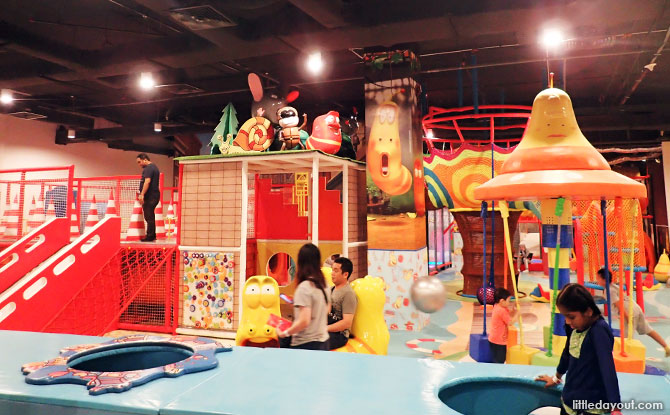 It includes a “Larva-go-round”, an interactive ball pool, and some other interactive exhibits such as a construction zone for kids to play. 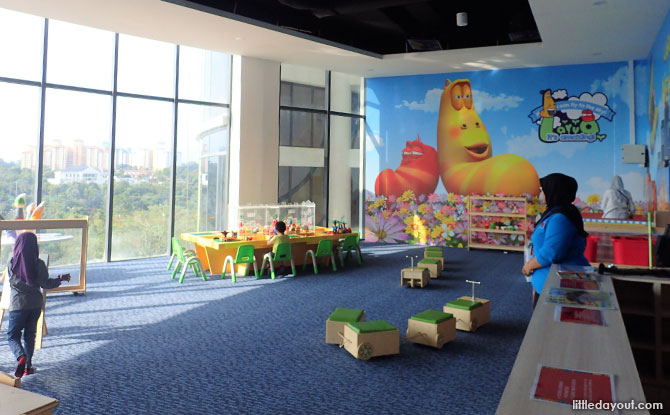 We were more intrigued with the Larva Activity Room located across from the Larva Underground Adventure World. This educational section offers activities such as Painting, Colouring and Badge Making. There are also toys like, Kinetic Sand, Puzzles, Lego and an area for Roleplay with themes such as bakery, circus and barbecue. There is also an upcoming “iSand Machine” which we were told is an interactive learning game using sand. 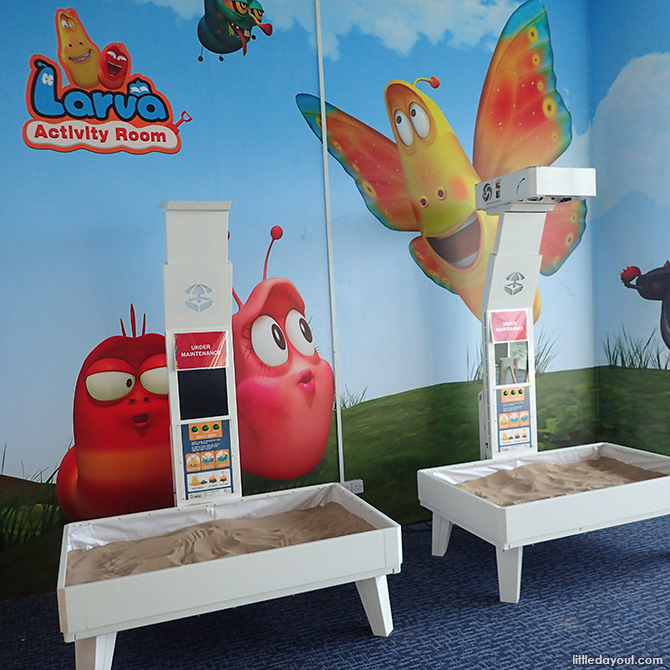 If you buy an entry pass to the Larva Underground Adventure World, you will have free access to the Activity Room. 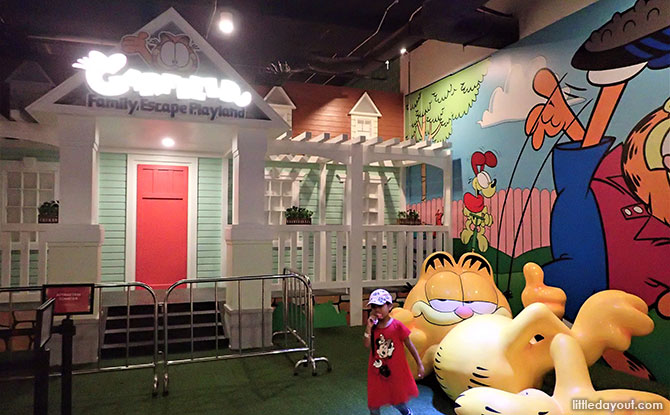 Greeted by a large Garfield Statue, visitors to this attraction can walk into a house with many different interactive sections. The Garfield Family Escape Playground has activities such as bean bag tosses, a ball pool, slides, as well as a large sand pit with beach toys. 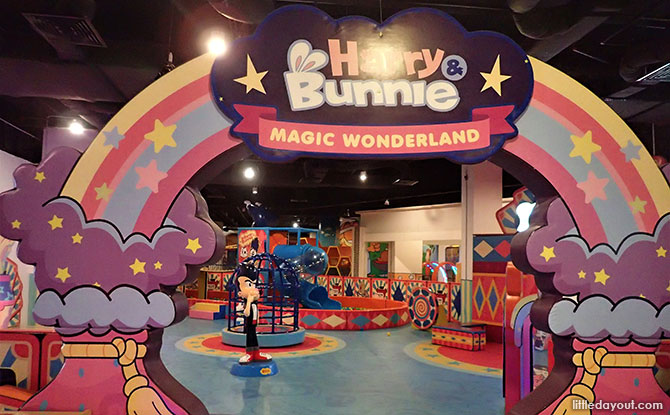 This appeared to be the smallest theme park section. Inside, there was an enchanted playground with a variety of mirrors, tunnels and a few slides.

If we were to pick a favourite part of the MCM Theme Park in JB, it would probably be the City of Glass. We felt that it was an exhibit that is worth the price, and is something to experience! The attraction is decorated to look like an Ice Pond and you are dared to take a walk on the clear glass, which will give you a clear view of the Capital21 shopping mall below. 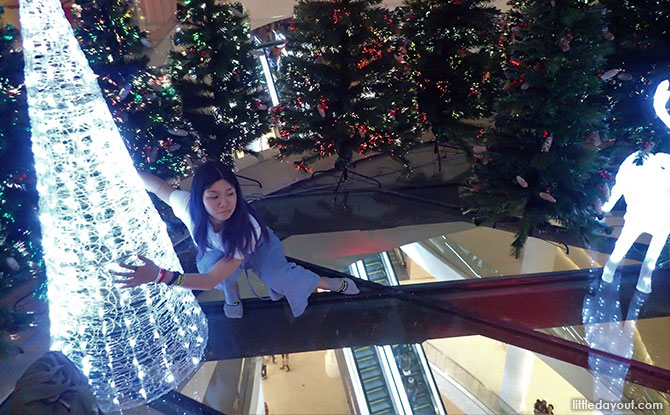 As someone who generally enjoys heights and high elements, I thought this would be easy. Evidently from the picture, it was a lot more mentally and emotionally challenging than I thought. However, once you overcome the fear of hypothetically dropping to your death, it’s actually quite fun to pose and get pictures to share and impress (or scare) your family and friends. The Bumper Cars had a large, but rather bare, space dedicated to it. We liked that the ride was not overcrowded and there was space for bumper cars to manoeuvre about. Do note that this ride is for kids only and adults are not allowed to ride on it.

If you’re looking for a way to tour the theme park and get an overview before zooming into your favourite attraction, these are the three different ride options you can choose from. Kiddie Rides are mechanical animal rides that kids can hop on and drive about on their own. The Cartoon Planet Express is the indoor park’s train ride. The Hoverboards can be used to explore the theme park area. However, there is a bit of a learning curve for beginners to get used to this.

In addition to the attractions and rides, a MCM London Musical Circus show also takes place within the park. We didn’t manage to see it while we were there and there weren’t many details about it available either, but we were told that the parade show time slots are at 3.30 pm, 7 pm and 9 pm.

Our conclusion at the end of our visit was that visiting the MCM Theme Park over the next few weeks would probably be best suited for the intrepid looking for a simple adventure. Kids may enjoy the idea of taking a short trip overseas and exploring a newly-opened theme park.

We look forward to the opening of the other attractions at the MCM Theme Park including the Jungle Book Playland, Monster Family Arcade and most of all, the Garfield Chef Restaurant (The first Garfield thematic restaurant in Southeast Asia).

The Park’s Day Pass would be more worthwhile when the entire park is up and running. For now, we’d recommend sticking to the Gate Pass. If you are looking for another theme park to visit in JB, we also recommend giving the Angry Bird Theme Park a go.

READ: A Day Out at Hong Kong Disneyland

READ: A Beginner’s Guide on How to Get from Singapore to JB

Mall Of Medini: Alternative Fun Next To LEGOLAND Malaysia